Released as part of the 2012 Olympic Games celebrations, CHARIOTS OF FIRE has a special place in the history of British cinema, and also in Cambridge. The film seems to be immovable from best-seller, Oscar-winning and ‘good film’ collections, on shelves in households and DVD stores alike (although with some recent,  noticeable reservations). Few cinema fans would not recognise the poster and the iconic music. The image of men running on a beach could not belong to anything else. So, for those who had not seen it before this opportunity – such as me – one has to ask ‘what makes this a classic?’

There is no denying that this is strong filmmaking and cinema. Two rival British athletes run for different reasons; one with his head and the other with his heart. Both invariably face challenges on the road to the 1924 Paris Olympics, testing their faith, love and commitment to their gift. The foundations of classic storytelling are displayed in the set-up of the competition between the two, the strong supporting characters, the love interest and villains. The script is full of almost poetic dialogue, coloured in with humour and wit. Ironically, perhaps the most remembered element of the film is what dates it the most: the soundtrack. Epic, inspirational and truly the backbone of the film, one can’t help but link the electronic, synthesiser sound to the 1980s, the decade in which the film was made. But this does not lessen its impact or importance to the film, and to cinema history. 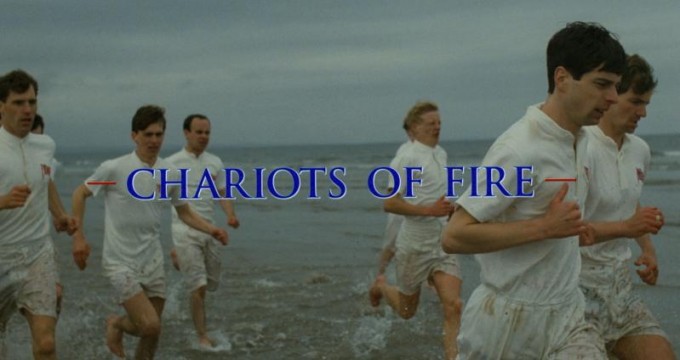 An important aspect of the film, which especially explains the film’s reputation, is its patriotism. Typically American cinematic methods been are used to stir emotions and heighten the pride of the nation. Slow motion action shots, rising music and inspirational dialogue overlaying important moments are all used to their full potential. The British empire, and the competitors’ devotion to it is never questioned, and never are lines drawn between the runners, despite one being Scottish and the other English. All run under one flag.

The film is partly set in our fair city, with the expected scenes of Kings Parade and college courtyards and cloisters. The city now hosts an annual charity run named after the film – younger generations probably now know the run instead of its namesake. The film famously won the Best Original Screenplay Oscar, for Colin Welland’s script (cementing his place in British cinema, the same Colin Welland appeared as the school teacher in Ken Loach’s classic, KES). At the ceremony, he announced (in hindsight, prematurely) to the world that ‘The British are coming!’ All of these stories lead to the making of the legend that surrounds such a film, and there are many more of the same.

There are many elements that have made this film a classic. The evidence? That it has been remembered. Many aspects have entered the public conscience, whether it be the music, the image of the beach, the Cambridge charity run or it’s cinematic relevance, storytelling and actors that are still known today. A pleasure to experience on the big screen.