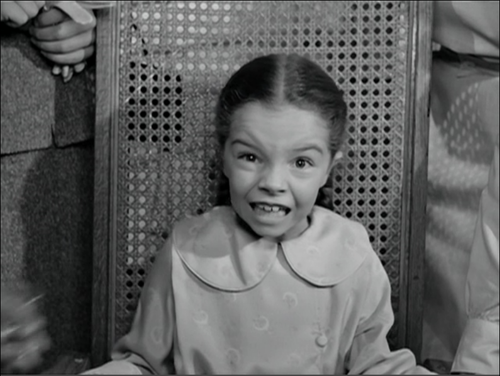 The Sci-Fi Secret Matinee at the Grand Illusion is time-honored fun for all ages, just another facet of the theater’s eclectic community ethos. Each Saturday an episode from a classic sci-fi serial accompanies a secret feature film chosen to fit a monthly theme. This being the last installment of the series, additional festivities were involved, including themed refreshments and a drawing for related door prizes. After the final confrontation in BUCK ROGERS VS THE PLANET OUTLAWS, in which Buck (Buster Crabbe) and sidekick Buddy (Jackie Moran) outsmarted “Killer” Kane (Anthony Warde) and his evil army, the credits for black and white monster movie THEM! rolled.

THEM! was nominated for an Oscar for Best Special Effects in 1954, but like so many modern creature features, the suspense is at its highest before the monster is revealed, which is not until at least a third of the film has passed. The opening sequence, in which a little girl (Sandy Descher) wanders blank-faced and wide-eyed down a dry desert road, clutching a doll with a bashed-in head, cools the blood and sends prickles down the spine over fifty years after THEM!’s original release. The puzzle of what sent her into shock is strung out by focus on the deaths, disappearances, and mysterious thefts of sugar in the surrounding area.

Dr. Harold Medford (Edmund Gwenn) and his daughter Patricia (Joan Weldon), scientists from the Department of Agriculture, join a skeptical FBI agent (James Arness) and an intrepid State Police Sergeant (James Whitmore) in their pursuit of the monsters. The struggle to contain the danger takes them from the New Mexican desert to the deck of a sugar-bearing ocean freighter to the sewers of Los Angeles, while Dr Medford ruminates on the occurrences as portents grimly heralding the new Atomic Age into which man has unwittingly stepped through scientific experimentation and the detonation of the bomb.

The Secret Matinee Series is a step back in time, into futures past and alternate dimensions sprung from a cultural consciousness that still informs contemporary science-fiction filmmaking. It’s an opportunity to experience these sci-fi cinematic forebears as intended: on a big screen, popcorn in hand, surrounded by enthusiastic movie-goers. 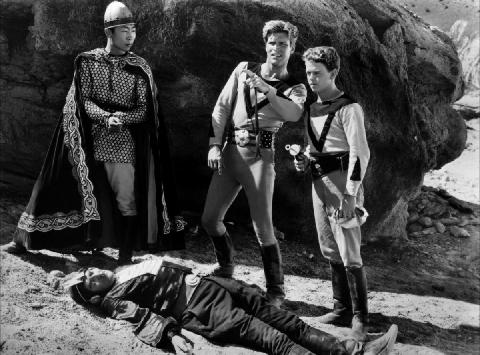