Ryoo Seung-wan is known as the ‘Action Kid’, but now has a filmography transcending simple genre definitions. The London Korean Film Festival was showing a retrospective of his films this year, before showing his new feature THE UNJUST. Take One’s Mike Boyd was lucky to speak to Ryoo about his previous and upcoming projects before a Cambridge screening of his debut feature, DIE BAD. 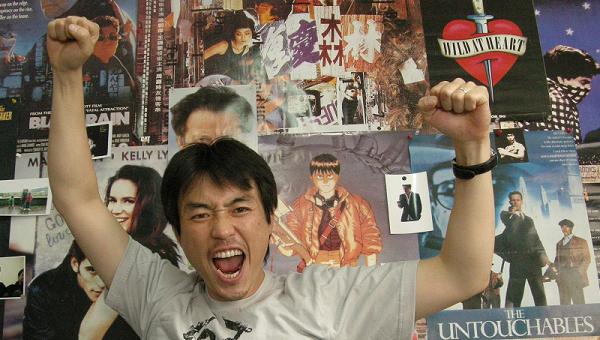 Although your films have lots of genres, you’ve earned the title “Action Kid” – are you happy with that?

Before, I didn’t like the title, but as I grow older I like the title because I feel like a child. But more important than my feelings about it is that, with a nickname, the audience can be more easily approached.  “Action Kid” is much better than “Action Adult”!

You have quite a large body of work now. What’s it like looking back at your films – would you change anything?

Is that your favourite of your own films?

My favourite movie is my next film.

Would you consider remaking your films with a Western crew?

I don’t really have an opinion on that, because the decision – the remaking – is dependent on many factors, industry or business decisions on which I have no opinion. But mainly, when Hollywood remakes a film it cannot reflect the original idea. Before, I wasn’t happy [about a possible remake of DIE BAD], but I have changed my mind – if the Hollywood movie can provide another chance to look at the original movie that would be good. But my only hope is that if we go to remaking movies, then the film maker makes a better version.

“My favourite movie is my next film”

Your original short version of DACHIMAWA LEE was released on the internet, how do you feel about films that are screened online?

I believe this is a good channel for independent film makers, but I don’t recommend internet films too much.  Films should be watched or viewed with others – with an audience – on the big screen in a theatre environment. I am really not happy watching a film on a monitor. Rather than watching a movie it is a consumer behaviour – just consuming some audio and some signals. I believe there is a total difference between seeing a great artist’s picture in a museum and flicking through a picture book. The movie is a collection of many people’s efforts, so I believe it is a courtesy to watch it in the theatre. 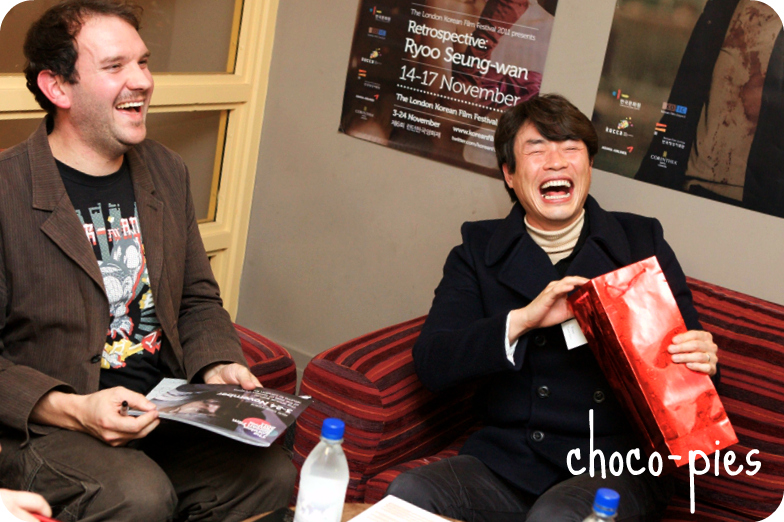 “The movie is a collection of many people’s efforts, so I believe it is a courtesy to watch it in the theatre”

Do you prefer acting or directing?

When I was young, I really liked many different roles. I’ve become more responsible now, it’s become very difficult to film only for my own fun or enjoyment. I believe it changed my attitude towards making film. I was interested to participate for fun, from a different angle.

What is your next project?

The title is THE BERLIN FILE, and it’s a spy movie. The movie is set in Berlin, so it is tangled between North Korean and South Korean spies. There’s betrayal, love and friendship. After this I’ll be going to Berlin to find locations for shooting. I believe I can have the opportunity to show really fantastic action. I really enjoyed John Le Carré’s novels – I will be doing my best to make a film John Le Carré and Ian Fleming would like.
——–
Our thanks to Jae-Hwan Park, Ryoo’s translator on the evening. Interview conducted by Mike Boyd and transcribed by Jim Ross and Rosy Hunt