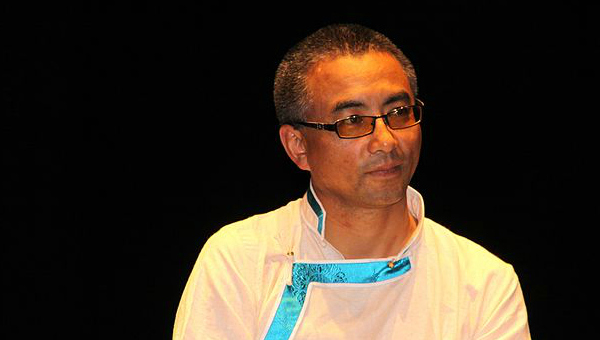 Chinese Visual Festival is something to look forward to in May. Taking place between the 7th – 18th, it has been the fourth year for the festival, and it is now one of the most important platforms for independent Chinese cultural related visual artwork and films in the UK.

The programme comprises over 40 films, offering a unique opportunity for the audience to learn about the the cultural and social developments in Mainland China, minority ethnic areas, Hong Kong, Taiwan and other places. This is also a window to see these changes through the eyes of artists and filmmakers. One highlight of the festival is an art installation, “This Gallery”, by Chinese artist Wang Xin. This is an interactive art exhibition installation that will be at King’s College throughout the festival period. It collects 23 different artists’ works, and each artist has to install their exhibition within 5 hours. The changeovers between each meta-exhibition are open to the public as part of the exhibition itself. Such experience produces an alternative way for us to think about the exhibition space, and how its flexibility can be used creatively.

The second highlight is the premier of A TOUCH OF SIN (2013) by Jia Zhangke. The film was awarded “Best Screenplay” last year at Cannes Festival, and film lovers in the UK have been waiting for a long time for the film to be released over here. Via the platform Chinese Visual Festival provides, we have finally tasted the film, and benefited from the opportunity to attend a Q&A section with the director Jia Zhangke himself, after the film screening at BFI. A TOUCH OF SIN will be released to the public from the 16th of May.

The final highlight of the festival is the Pema Tseden retrospective panel. The film OLD DOG was chosen to be the opening film of the festival. The story focuses on the everyday life issues faced by Tibetan people, and their reaction and attitude towards these issues: the father doesn’t want to sell the Mastiff, but his son wants to sell if for good money. Such a simple but heavy story reveals a perspective of the reality that Tibetan is facing in contemporary society – the clash between tradition and modernization, between generations. During the festival, audience will also be able to see other films by Pema Tseden, including GOLDEN WORM, THE SILENT HOLY STONES and THE SEARCH.

Pema Tseden is not only a director, but also a bilingual writer. He is the first Tibetan director who has gained international attention; his recognition has contributed a great deal towards the promotion of Tibetan culture and tradition. His first feature film, THE SILENT HOLY STONES, won the Best Director at Shanghai International Film Festival, Golden Rooster Award for the Best Directorial Debut and the Grand Jury Prize at the Changchun Film Festival. There are many films which feature Tibet, but Pema Tseden is the first Tibetan director who shows the area from an authentic perspective, and who has also gained recognition internationally. This retrospective panel at the festival will definitely provide another angle for the audience to see part of the culture and lives in today’s Tibet.

Hiu Chan: What is your impression of the UK?

HC: You have now made three feature films, what messages are you trying to deliver through these films?

PT: First of all, I would like to show the audience what I think it is the real life of a Tibetan. There used to be films about Tibetan lives before, but what they showed in the films I think it was very far from the reality. Therefore, I would like show my audience the current situation and lives in Tibet through my films.

HC: There are more and more films about Tibet nowadays, made by people outside of Tibet. Do you think the Tibet they portray is realistic?

PT: Some of them are quite realistic, but it all depends, depends on what the audience expect to see I suppose.

HC: Do you think an audience with a different cultural background can grasp your films and the things that you want to address?

PT: I have also thought about this question, during the filmmaking process, I’d think about how to express my thoughts clearly. There will also be a surprise response from the audience. Different audience has different understandings I suppose, according to their cultural background and dynamicity. Sometimes when you talk to the audience, you’d find out, what they see and think is something out of your expectation. But I do think there is a certain foundation that it works for all the audience. There is something crucial that most of the audience should get. Therefore, when I work on a script, I’d work around this foundational structure, and then insert additional elements or details to support the plot. In this way, all the audience may understand the story better, doesn’t matter whether the audience is from Tibet or not. According to my experience, I sometimes go watch the film at festivals with the audience, and realize that some differences do occur. For example, Tibetan audience might laugh from the first 10 minutes, but audience from else where might find something else funny in different parts of the film.

HC: What does film mean to you?

PT: I think film means different things to me. But the most important one I guess is the same as writing, it is a way for me to express myself, just like I use words to express myself. Film used to be an interest for me, but now it is more like a tool for for thoughts expressing.

“Within one picture, you get all the information about the story…”

HC: You have mentioned before that you’d like to adapt a Tibetan aesthetics in your film, what is such aesthetics?

PT: I think they are just the elements that I portray in my films. All of my films are filmed in Tibetan language, and all the actors are from Tibet. The producers know about the Tibetan history and culture, and that’s why we got together and work on the films. I would like present something that is so familiar to myself, but perhaps in a way unique to the others. For example, I use specific shots in order to construct a story. For example, in THE SEARCH (2009), I used many fixed shots that reveal rich contents, there is a lot of information can be revealed with only one image. I think this is way of story telling is very similar to the traditional Tibetan arts. Like Thang-ga, it is a kind of painting that shares a similar story telling style. Within one picture, you get all the information about the story, and they are presented in a straight forward and clear manner. In terms of aesthetics, this is only an attempt to borrow from the Tibetan traditional art. More importantly, I think what makes my films different is the paradigm, the way of thinking. Tibetan thinking is very different to Han thinking, for example. If people try to say the same thing, but they’d use different paradigm to express such thing that they want to address, which will lead to a different style or format of expressions.

HC: How can the audience understand your films better?

PT: They can read a little bit about the history and culture of Tibet as a contextual support. For example, in THE SILENT HOLY STONES (2005), my first film, it tells a story about how Tibetan people think about life and death, and it also covers some basic Buddhist concepts. THE SEARCH is inspired by traditional Tibetan theatre. All these background knowledge will help the audience understanding my films better. In especially my earlier films.