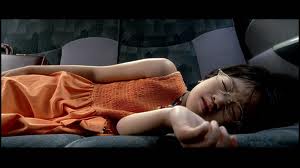 To most, director Park Chan-Wook is best known for OLDBOY, where he conclusively proved that revenge is not a dish best served after live octopus; yet his earlier picture SYMPATHY FOR MR VENGEANCE has plenty to say on the nature of retribution. A caustic account of tragic cause and effect, the Korean director’s 2002 cult film features an almost allegoric mixture of vengeance and coincidence. Deaf and mute, Ryu (Shin Ha-Kyun) works a dead end job, but compels himself to provide for his ailing sister’s kidney transplant. After legal measures initially prove closed, he turns to the black-market only to be tricked out of necessary cash and kidney. Desperation lead the protagonist and his girlfriend, Yeong-Mi (Bae Du-na), to kidnap his now ex-boss Park’s (Song Kang-ho) daughter. Needless to say all does not go to whatever poorly devised plans the pair have, with deadly consequences. Park and Ryu now find themselves on separate, but equally bloody trails of revenge.

However comical or farcical the plot may seem written, the only humour evident in the film is the blackest of black. Tragedy and brutality inter-mixed is the primary quality of this bloodstained drama, piercingly and touchingly hit home by a greater level of realism than much of Park Chan-Wook’s later films. Yet fans of the Korean director’s work will spot the signature plot quirks, stylish shots and brutal force concurrent in a film that shows empathy, if not mercy to its characters.