Day Moibi talking to filmmaker Perivi Katjavivi about the politics of African cinema. His film THE UNSEEN had its UK premiere earlier in the week in CFF.

DM: What is your feeling towards the limitations of African artists in mainstream(western) cinema?

PK – Jesse Williams did that amazing speech and the greatest thing about it was that point about explaining things [racism] to white people and how we need to stop that. It reminds me of this quote ‘If I see things that are unseen to those who have eyes, why should my greatest wisdom not be silenced?’ and it can mean so many different things and is so open to interpretation. And in the context of Jesse Williams it really speaks to me, this whole idea of having to explain things to white people about what privilege and why black lives matter, you know if one house is burning down and another isn’t, you don’t say “all houses matter!”. That’s why I hate things like Facebook where you have these really dumbed down and violent arguments between people about whatever the issue is that have these really horrible comments that strangers put that make me feel so righteous that I feel like I have to explain things to people and even fight with them. And then you look back at these arguments and think to yourself “why did I do this? I’m not a child!”. I think that it’s so important that this culture of having to explain things to people must stop. And I think that people respect people based on the things that they do and not on their ability to win an argument and in the context of Jesse Williams, this need to have to try and explain ourselves to the centre, to the dominant culture, to white people, to Europe, and to the West, we don’t need to do that and I love the way he put that. If you have a track record of being sympathetic to ours cause then lets have a conversation but otherwise… sit down. We’ve gotta stop losing all of our energy trying to explain to all of these people. People have created entire industries and art and ways of being from that space.

All African cinema was initially a response to the under-representation of the continent. Before you can even speak you have to immediately speak against something or reinterpret something or challenge something. And this idea that one day African cinema is going to be able to just be detached from any sort of social responsibility, that can’t seem to ever happen, but maybe it shouldn’t happen.Maybe a mix is better, I want to be able to make a crappy rom com but also birth of a nation, in African cinema we should have the freedom to make whatever we want. I like this idea from the 70s with musicians like Funkadelic, how we African’s can’t go back to Africa but we can’t seem to assimilate properly in the States… so we go to space instead.

DM – You have said that an artist should be both fearless and responsible. And I thought is that contradiction? So what do you think the role of an artist is when we talk about creating spaces?

PK – I think it’s that thing again of the African, can he be just a film maker and not have the responsibility of the whole continent? It’s too easy, you’ll always look for an easy way out, there’s always this kind of polarising relationship between egos; brexit or no brexit, it’s Trump or Clinton, being an African film maker or just a generic film maker, you know it’s always this either or which is bullshit. And last night in the film(THE UNSEEN), the character Marcus; I like this tension of him between trying not to lose his family at home versus his own spiritual quest of going to Africa and his work and his art and his ambition and even the part he was playing was a great historical figure, it is no coincidence that I chose that specific person. It’s the symbol of strength and of blackness that he probably doesn’t feel in his life. And then also in terms of sensitivity and empathy like this whole thing again of ‘I can say and do whatever the hell I want’. I agree with free speech and whatever but it comes with consequences, if you talk to people a certain way why would you expect them to not get upset? 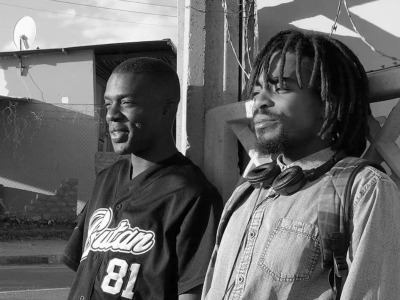 DM – The most important thing about being creative is having no fear. Do you worry about political correctness in you work?

PK – If you’re being honest with yourself then I don’t think you can have any worries about rubbing people the wrong way. You have to be very honest about the world that you live in. Like with Charlie Hebdo, they’re so insensitive and so ridiculous, these white European men thinking they can say and do whatever they want, and they’re never looking at the context with imperialism and colonialism, they don’t connect it to the things that they put in the magazine, it’s irresponsible. That’s why we have people talking about reverse racism not existing because it’s all about power, if the culture you’re making fun of dominates the world it’s different from making fun of a culture that has been violently repressed and marginalised for hundreds of years and doesn’t have a voice or political/cultural/economic power, it’s a completely different situation.
This is where responsibility comes in, if you’re not going to be responsible then you’re going to have to bare the consequences of that, obviously not in the manner that we’ve seen in some cases. I hate it when people say things like ‘we are all one’ or ‘I don’t see race’, it’s racist and it’s censorship, and it’s always in response to black rage and black expression because of the times and situations that we still find ourselves in, saying things like ‘we just need love, we’re all one’ doesn’t solve anything.

DM – The film presents a tragic and beautiful depictions of the history of Africa. Africa is often seen as a place that can’t be beautiful and joyous because of it’s global position and history.

PK – There is something beautiful in the sense that it is tragic. I want to see people dragged through mud, I need to feel that sense of darkness. The world is deeply painful, but then its also incredibly beautiful. There is something even more beautiful that transcends beauty, there is an art in the meeting of those two points and the space in between. And it wouldn’t be beautiful without that contradiction, it’s a paradox.

DM – I think everything important in life or anything where you’re close to something godlike or close to the truth lies within the paradox.

PK – That’s why I like that quote I was talking about before, this is a deeply personal journey for everybody. And that’s what people are not willing to accept; dealing with the world without the comfort of things like Facebook and watching TV in the evening. The greatest dogma of our time is what day it is, how does that effect your consciousness and drive the way you behave and think? Whether you’re going to wake up at 6am or wake up at noon. I think it’s a greatly personal journey because any of these sorts of realisations, moments of clarity and enlightenment, birthings of new concepts of how you relate to the world; these are deeply personal and you can’t impose them on anybody, you can only share your own story and believe that maybe 5% of people will think ‘oh I can really relate to that’, 5% will think it’s bullshit and 90% will be indifferent. And I think that’s the greatest challenge in life, to have faith in humanity en masse.

DM – One thing that you can’t forget is the suffering, it’s a part of black history. One thing that I really enjoyed was the surrealism which takes place, the film is fiction but you also use it as a kind of documentary. What are you trying to say by using that tool?

PK – You touched on the surrealism there, that was important to me. It wasn’t just a stylistic choice but my own personal choice from my personal preferences and aesthetics. And you look at the best show on TV right now which is Atlanta, we’ve been waiting our whole lives for this show. Look at the surrealism and the way they use that spacey dreamlike stuff. How much is it looking at Donald Glover’s experience in life and being a nerd and his blackness and how much is it his experience with Hollywood? I really want to engage deeply with the show because of how much circumstances can form this show and I’m so grateful for these limitations and circumstances because it allows me to make something a little bit purer and original and experimental than if I had gotten funding from the government. If I had made a major blockbuster movie starring DiCaprio those things would have been great for my career but levels of compromise that would have had to happen, I wouldn’t have been able to create my own voice. I’m conscious of wanting to make bigger films but also conscious of the importance of making my own films and having my independence and the craziness and uncertainty that that comes with it.