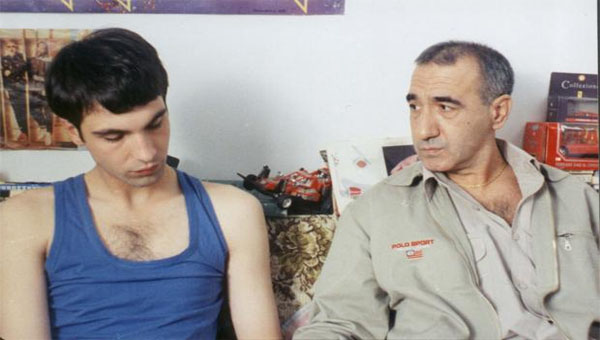 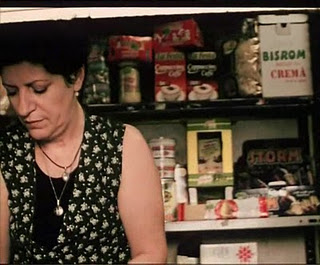 Opportunity and opportunism form the central themes in Christi Puiu’s tense, simple Romanian road movie. Ovidiu (Alexandra Papadopol) plays the young man who undergoes the transformative odyssey, delivering some “medical supplies”  for a local gangster in his home town, to an address in Bucharest.

Oft heralded as the first of the Romanian New Wave, it derives its aesthetic form from Italian neo-realism and a TV-documentary handheld camera method of shooting. Puiu keeps the camera in confined spaces or focused tightly on the characters heads, keeping us fixed in their mental space and on their perception of events.

… when the first shock of the film is delivered, it is perceived as a real, and immediate threat to the viewer.

Like its inspirational predecessor, Lucian Pintilie’s THE REENACTMENT, the irrepressibly positive and naive nature of youth is cynically exploited by those in authority.  Puiu and his actors draw you into this reality with engaging, human and realistic performances, meaning that when the first shock of the film is delivered, it is perceived as a real, and immediate threat to the viewer. The tension is sustained until the final act, when we see that in the pursuit of western ideals of prosperity, Ovidiu has gotten involved with forces he can’t escape.  His colleagues sleep on while he is fully awake to the inescapability of his transformation. 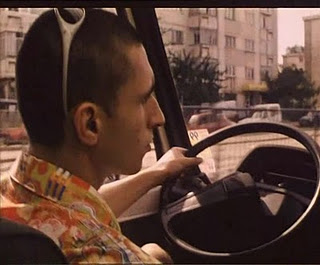 Puiu questions post revolution what his country has become, and is becoming, without making moral judgements. STUFF AND DOUGH is a neat, captivating and subtle film whose objective portrayal of events is anti-Hollywood and anti communist social realism, whilst managing to be entertaining and entirely believable.