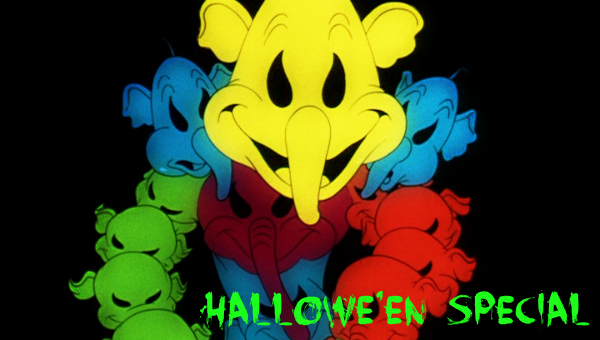 It would seem more than a bit of a stretch to seriously claim that DUMBO is a true horror film. However, it is the perfect example of a film which plays on themes that are universally fear-inducing for children: isolation, bullying and embarrassment. A sympathetic protagonist whose safety is compromised is a key element in many effective horror films, and few of these protagonists are so adorable as a baby elephant. Add to this vulnerability his oversized ears, and his persecuted existence onscreen is all the more upsetting.

… Shunned by an elephant society whose prejudice will not be swayed …

By the end of the film, Dumbo can fly, and this talent brings him fame and fortune – but it does not resolve his problems. He is still victimised and ridiculed in a circus that abuses its animals, shunned by an elephant society whose prejudice would doubtlessly not be swayed by his new-found power of flight. Even though we see him spared of this for all of five minutes at the end of the film, reunited with the mother from whom he was traumatically separated, it is confusing and unlikely that the circus owners would reassess their misinterpretation of her violent behaviour and allow a reunion. It is therefore hard to take much solace from this as the rounded-off happy ending it strives to be.

Aside from the distressing narrative, many horror tropes are used in this film. Presumably due to the accurate rendering of people in animation being too taxing for Disney at the time, many of the human characters in this film are either seen without faces, in silhouette or as gesticulating, amorphous clowns. While it is a point of hyperbolic contention to draw direct comparisons to horror films that purposefully use such visual devices for elicitation of fear (i.e. EYES WITHOUT A FACE, NOSFERATU’s use of long shadows, and any number of horror films that use clowns as antagonists), their presence can be seen as contributive to an atmosphere of uneasiness. Similarly, the anthropomorphic train in which the circus moves from town to town is a device that epitomises the film’s unwitting foray into horror. A decision to give the train a voice, seemingly designed to give an incidental and uninteresting narrative point some sort of endearing character, backfires spectacularly. Its choked, mechanical timbre is arguably precursive to the Dalek voice, or perhaps even the voice of the Devil in the EXORCIST.

This is before we even take into account the ‘Pink Elephants on Parade’ sequence, infamous as one of children’s cinema’s most disturbing moments, alongside the Child Catcher’s scenes in CHITTY CHITTY BANG BANG. At the time, this was an impressive showcase of the animation prowess possessed by Disney, and its inclusion in the film was clearly to this end. Over the fullness of time, however, it has gained a reputation with audiences for its harrowing quality, and with good reason. If you are stuck for a costume that is just that little bit more uniquely sinister this coming Hallowe’en, you can’t go wrong dressed as one of the pink elephants.