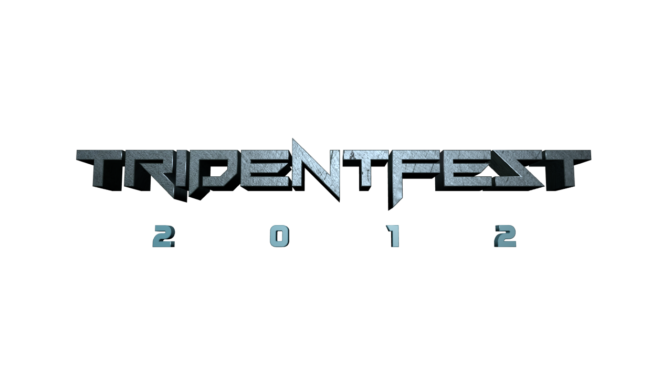 The annual extravaganza that is TRIDENTFEST will be more exciting than ever this year. A group of independent makers of low/zero budget film, many of whom work or have worked at Cambridge Arts Picturehouse, Project Trident brings much needed comic relief to a surfeit of humourless drama and documentary, as well as excellent music videos and gonzo horror. We spoke to team member Carl Peck about TRIDENTFEST 2012.

Rosy Hunt: Is this all brand new stuff?

Carl Peck: This year’s TRIDENTFEST is a mixture of brand new material and stuff we’ve worked on really hard over the year. As we get better at filmmaking, the process becomes more elaborate, things take a lot longer and so this is a great chance to showcase all the cool stuff we’ve worked on since our last show.

RH: Do you have any new team members?

CP: Same old Trident but this year we are fortunate to be showing a documentary by Sammy Patterson. Lately she’s only had bit parts in the films as she’s really busy, so it’s great to be able to show her unique view on the world. She’s like the founder of Project Trident and she came up with that name! The film is called CHESS MAN. It’s very very weird. I love it!

Somebody tweeted last week that they spotted us shooting a love scene […] They’re in for a nasty surprise!

RH: What’s going to be the most unexpected/shocking?

CP: That might be ANDY NEEDS HIS MILK. Somebody tweeted last week that they spotted us shooting a love scene and they thought we’d gone soft. They’re in for a nasty surprise!

RH: What was the toughest film to make?

CP: Every film is hard to make. There’s never an exception. As broke indie filmmakers we constantly rely on the kindness of others and our own limited resources, so you always have to work around what you have. That’s not to say it isn’t fun, but I think it’s easy for people to dismiss what we do as larking about sometimes!

RH: Are we going to see Professor Laminut and Googy again?

CP: Not this year! I’ve said all I wanted to say with those guys for the time being. I’m still recovering! We plan to release THE PURPLE FIEND online later this year.

RH: There are even more music videos this year – should local musicians come to you for the MTV treatment?

CP: Well that depends sadly on money – for me personally, anyway. You have to dedicate a lot of your time to it so if you’re doing it for kicks it damn well better be someone you’re into. So far happily that’s been the case! Music videos are fun because it’s a different way of working than a straight narrative. It’s also a nice short space of time to try something a bit more daring. I think it’s something we’re all keen to have a go at, so it’s probably just a phase.

It gets harder every year, we try to up our game but we also have to eat!

RH: How do you think you have (d)evolved since the first Tridentfest?

CP: I think it’s clear to see just how far we’ve come. We never set out to do any of this! It was just about making films for fun, with friends. THE PURPLE FIEND was a real milestone for us because it’s opened us up to the possibility of a feature film. We’ve spent the last year writing scripts and forging ideas. It gets harder every year, we try to up our game but we also have to eat! So it gets tougher and tougher to find the time. But you can’t stop us. We’ve made a vow that we will make at least one feature film before we can allow ourselves to hang up our boots. Then who knows?

Visit http://www.projecttrident.com/ to get a taste of what’s to come!

3 thoughts on “Interview with Carl Peck”