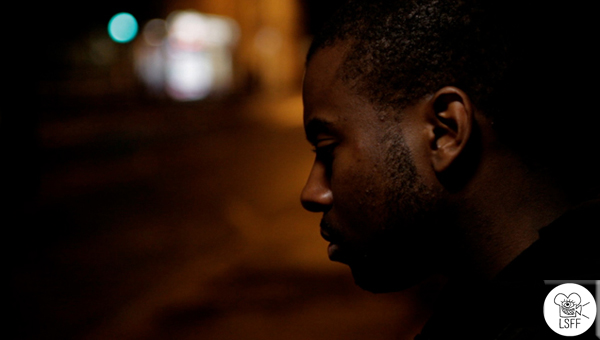 The absent father figure is the laziest trope for when a Hollywood screenwriter needs a marginal amount of emotional content to feature alongside all the gun fights and explosions. Steven Spielberg built most of his early career on inattentive patriarchal role models, and the theme permeates today through mainstream attractions such as IRON MAN, SPIDERMAN and now even Bond in SKYFALL.

However, daddy issues are merely a sideshow in most films, providing a quick emotional crutch before the main attraction of flashy special effects and pithy one liners. The London Short Film Festival’s FATHER programme takes a more of a measured look at the role of the parent and the often fraught relationship between father and child.

Lewis Arnold’s ECHO sees Caroline (Lauren Carse) receive some distressing news about a motorcycle accident involving her father. A stranger stops to help and she is gets into a cab headed for the hospital, but we soon find out that things aren’t quite what they seem. Carse gives a fantastic, believable performance in the central role, however the films circular plot feels repetitive and not entirely satisfying. Despite the intriguing twist, by the end it feels as though little has changed or developed.

… a very middle class awkwardness about the subject of death, with a sense of polite avoidance …

More substantial is Benjamin Bee’s STEP RIGHT UP, a comic tale about a divorcee, Dan (Dan Mersh) and Alex, his clown best friend (Toby Williams) trying to give a birthday present to his son (Edward Baker-Close). The film is both sweet and funny, with the two men forced to hide in the house of Dan’s ex-wife and her new boyfriend. Williams is particularly good as the loyal but mildly incompetent clown, and his hopeless attempt to hide in a wardrobe results in a laugh out loud punchline.

Dominik Rippl’s BEEN HERE FOR DAYS is a far more sober affair. Stuart (Ben Turner) visits his estranged, dying father (Edward De Souza) and tries to come to terms with a man who seems to have been absent for most of his son’s life. The film evokes a very middle class awkwardness about the subject of death, with a sense of polite avoidance giving way to an inevitable acceptance.

The most polished and well-rounded of the shorts is John Brown’s MUM SAYS. It follows William (Jude Folley), a young boy and his relationship with his wayward older brother Joey (Tommy Vine). Joey has been exiled by his middle class parent and now lives in a run-down council estate, taking drugs and talking nonsense with his brain-dead friend. At first it seems to mock the middle class snootiness of William’s parents (Jodyanne Richardson and Miles Gallant) and their seeming intolerance in treating Joey as a pariah, their fractured family life a consequence of their own stubbornness. However, as the film develops we discover a much darker side to Joey, changing him from a semi-sympathetic misfit to an out of control lunatic with a nasty tendency towards violence. Vine is brilliant as Joey, but the particular breakout star is the young Folley, who has the tough task of being stuck in the middle of the emotional maelstrom.