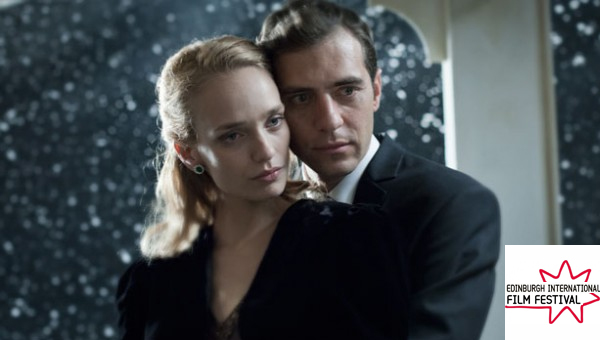 Agnieska Holland ascribed the fascination with the communist era in cinema to the Eastern Bloc countries’ disappearance into a time hole post World War II, their existence seemingly trapped in aspic. The recovery of this memory allows reflection and catharsis on the crimes perpetrated under the regime, often by the most normal of citizens.

As a result of the Gogolian ludicrousness of those times, absurdism as an aesthetic choice flourished in Eastern Europe. Romania’s Pintilie and Ionesco, Czechoslovakia’s Vaclav Havel, Milos Forman and Ivan Passer exposed the tragic-comically flawed inner workings of the regime. THE COLOR OF THE CHAMELEON revisits communist Bulgaria and its secret police for a highly- stylised, absurdist dark commentary. Batko, a compulsive masturbator, is recruited to the secret police where he starts to form a sense of self and develop his creativity. When he is dismissed from the service he decides to gain revenge.

… a cohesive, clever and enjoyable piece of work.

Communism’s misguided and fatuous attempts to control human nature are alluded to satirically as Batko poses as a secret government operative from an invented agency whose aim is ‘organised orgasms instead of spontaneous ones’. The use of self-flagellation as a metaphor also points to the complicity of certain elements of society in maintaining the structure of the regime.

Emil Hristow’s debut bears the marks of a first feature film. The pacing is inconsistent in places, there are too many good ideas forced into the film, and there is an over reliance on style: some of the absurdist elements appear too contrived. Yet the film’s momentum develops in the second half to produce a cohesive, clever and enjoyable piece of work. An inventive and refreshing perspective on cold war paranoia and its collective madness.