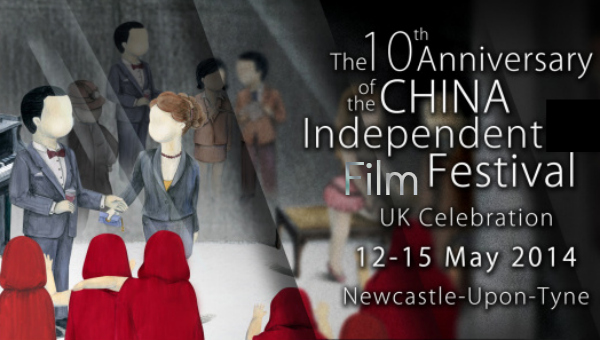 In May, there is a celebration for the 10th Anniversary of the China Independent Film Festival in Newcastle-Upon-Tyne. The event is organised by Lydia Wu, PhD student at University of Newcastle in Film Studies; and her supervisor Dr. Sabrina Yu, lecturer in Film Studies. For the past ten years, CIFF has been supporting young filmmakers to screen and share their works to the audience. Hiu Chan spoke to Lydia Wu about the event, which includes free screenings, workshops and talks by experts and academics.

HC: Can you tell the readers a little bit about the CIFF (China Independent Film Festival)?

LW: The CIFF was established in 2003 in Nanjing and is the longest-running independent film festival in China. It is an annual event, which screens the latest indie films covering documentaries, fiction, animations and experimental films. As there’s rigid censorship in China, indie filmmakers who boycott censorship have little access to audience outreach. In this regard, the CIFF has provided an important platform for Chinese indie filmmakers to show their films and exchange ideas with peers and audience. It has nurtured many international award-winning directors such as Diao Yinan, who just won Golden Bear, and Tibetan filmmaker Pema Tseden. Apart from film festival, the CIFF also initiates a training program for young film critics with an effort at nurturing more audience and film critics for Chinese independent cinema.

HC: What is the festival’s reception currently in China?

LY: The main audience of the CIFF is university students and young people. The CIFF is based in Nanjing, that holds several universities. It also collaborated with these universities that provided screening venues and held tour. As a result, university students are their target audience. But the CIFF has been endeavoring to expand their festival and reach out a wider audience in recent years. As films can only be screened at the cinema by passing censorship, the CIFF still cannot gain access to cinema to attract more audience.

HC: What do we expect from this tour at Newcastle University this May?

LY: Our event is to celebrate the 10th anniversary of the CIFF. We are going to show three documentaries, four fictional films, and five short animated films in four days. Tibetan director Pema Tseden and female documentary filmmaker Feng Yan will come to UK to have dialogues with UK audience. Apart from screenings, there’s an archival exhibition on CIFF, which showcases the history of the CIFF throughout their first decade. We also have invited artistic director of the CIFF Cao Kai and the president of CIFF committee Zhang Xianmin to the UK to introduce their festival and Chinese independent cinema. Cao Kai will give a talk on the contemporary Chinese indie animation. Zhang Xianmin will give a talk on the development of Chinese independent cinema at the exhibition launch.

Chinese independent cinema is really in a process of becoming.

HC: What significance has the 10th anniversary of the CIFF brought to the history of Chinese cinema?

LY: This is the first film festival/event solely dedicated to Chinese independent cinema in such scale in the UK. It is also the first time that CIFF expands his festival outside of China. Actually since China’s leadership in 2012, the new government has intensified the restriction of grassroots cultural events in China. Chinese independent film festivals have fallen victim to such restriction. Some festivals have been shut down. There’s no doubt that the 10th anniversary of the CIFF in the UK will boost their profile and build up a wider audience for Chinese indie films.

HC: Are there any other platforms in the UK where audience may see more of the independent Chinese films?

HC: What roles do UK academics have in terms of helping to distribute independent Chinese cinema?

HC: Are you planning to make this festival in the UK as a regular event?

LY: We have also organized the Beijing Independent Film Festival UK Tour in 2012, which gave us confidence and precious experience to make the CIFF UK tour this time. We really want to make this festival as a regular event in the UK. But it really depends on our budget and the audience reception.

HC: What is the future of independent Chinese cinema?