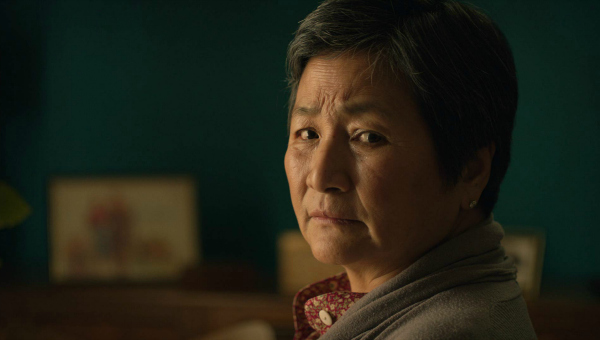 Fragmented and reassembled to great overall effect, the narrative addresses a variety of seemingly over-done concerns of modern life, and yet presents them in an understated way that seems refreshed, engaging and important. Pinning together the various strands to Hong Khaou’s film is an underlying obsession with the power of sound of all varieties: linguistic, atmospheric and musical. The salient importance of language is handled skilfully throughout both through the role of Vann as the interpreter with a moral conscience, and through the playful use of subtitles.

Hong Khaou flits between allowing the audience as much know-how as Vann and keeping them as helpless as Richard in choosing either to subtitle everything spoken in Mandarin, or to keep them guessing, delaying the reveal until Vann intervenes. The frustration caused by the latter is one of many tools used to emphasised the isolation felt by Junn as a non-native speaker in the nation she is now required to call home, as the audience is asked to step in the shoes of someone who cannot fully participate in the most domestic and natural of scenarios.

The use of ambient sound and music becomes increasingly significant over the course of the film, as specific soundbites get reused for resonance and unity in an otherwise spliced rather than linear storyline. These signposts towards significant points in the narrative are subtle and skilfully used, rather than clunky or overpowering, and work as one feature in the overall unfussy and homely ethos of the film. They also contribute to the success of the clever structure, which maintains interest throughout despite the reveal very early on of the plot’s conclusion. As such, it is testament to the effective writing and the engaging performances of Ben Whishaw and Pei-Pei Chung that the audience maintains their investment in the film while any real sense of suspense is absent.

The success of Lilting as a charming, engaging and poignant film lies with the dual aspect of each of the major roles as personally rich and morally implicated. These characters are presented to us as relatable, proximate and struggling in their own small-scale ways, and yet are representative of much broader societal concerns of loyalty, sexuality, honesty and responsibility. It manages to broach these concerns on a domestic level without becoming twee or cloying, and is instead emotionally rich and involving. Furthermore, LILTING reaches an important landmark within the potentially staid coming-out story framework, where Ben Whishaw and Andrew Leung’s relationship is complex and sensitive, but its homosexuality is not the limit or the definition of their existence, and instead is one cog in the irrepressibly complicated familial machine.