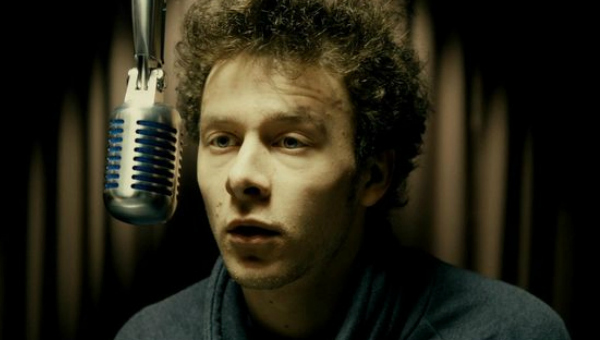 Boris Baykov’s QUOTA presents an interesting hypothesis. A young unemployed man named Anton is approached by the Ministry of Quotas, which is desperate to recognise him with an award – only they are not sure what for.

By his own admission, Anton is not deserving of such an accolade in any area of his life. Miller, a Ministry representative, decides upon the State Prize in Poetry and Anton is presented with a short piece of poetic material to claim as his own as evidence of his skill. As a State Prize winner, Anton is offered the world on a plate: a cast of his face is taken for a monument in his honour, a television show reunites him with “his father,” a merchandise supplier is keen to introduce himself and a beautiful girl wants to leave the party with him with such urgency that there is no time to give him her name. Thankfully, Anton is resistant to these unearned fruits of success.

The film seems to question the very nature of public recognition, positioning it as a shallow construct. This is deftly achieved by the juxtaposition of the industrial behind-the-scenes lair where the Ministry manufactures Anton’s winning formula with the brightly-lit television studio, where the staging of the so-called father-son reunion takes places with Anton and an actor that his Mum has never met.

The premise that success is a hereditary state is also suggested, with the Ministry’s claim that 90 per cent of the population find themselves selected for an unpleasant quota such as homelessness or single motherhood. QUOTA has good pacing and intrigue and there were echoes of THE ADJUSTMENT BUREAU in this film’s mysterious Ministry of Quotas. The choice of soundtrack also provides depth to the messaging. The upbeat tone plunges into darkness when Anton declines his allocated destiny and meets his alternative fate as murder statistic. The use of a plastic bag in his murder seems fitting in this apparently plastic, manufactured reality. QUOTA offers a thought-provoking concept supported by excellent execution and performances.

A MAN CAME FROM THE SEA … and returned to the sea. What happens in between is the subject of this short, set in a sleepy Yorkshire fishing village.

The filmmakers build suspense around this man with a lingering opening scene of his unassuming walk to the shore from the waves, dressed in a suit and carrying a briefcase. Collapsing on the seafront, he is discovered by two girls. For such an unusual find, their reaction is out of sync. Rather than check his pulse and put him in the recovery position, they give him a quick kick and then drag him straight to Gramp’s, a local pub. But their instinct to get him to the nearest boozer seems to do the trick when he is revived with a quick whiskey, and tells how he survived a shipwreck.

As quickly as this man rises to fame, comes his fall from grace.

We’ve already established that this is a sleepy town, but comatose might be a more adequate description. Nothing ever happens here. The villagers are able to drop whatever they were doing to attend a Town Hall meeting, where they perform a rather catchy new folk song in honour of this mysterious man; with the Mayor declaring a Remembrance Day be created in his honour. Luckily they are brought to their senses by a somewhat unreliable-looking voice of reason who questions his story. As quickly as this man rises to fame, comes his fall from grace.

As this is a short film, there is little time to prolong the narrative; and perhaps its implausibility and elliptical presentation is part of the charm of  Oscar Frostad Udbye’s enigmatic A MAN CAME FROM THE SEA. Like most mysteries, this story would be a lot less interesting with some kind of explanation.

THE LAST DRINK (Boris Thompson-Roylance) captures the mood on January 15 1920 as New York residents face a dry future, with the onset of the Prohibition. There is a definite air of disquiet among the knowing looks and whispers of the opening smoky bar scene.

The sense of not knowing what this new era might mean is communicated by the lack of dialogue until the final few minutes of THE LAST DRINK. Already there is indication that these will not be the last drinks at all, but the drinking of liquor will simply move underground. The seeming futility of Prohibition is highlighted when the disillusioned cop, who has just lambasted a group of gangsters for trying to pretend to him that anything they do will change, takes a swig of liquor from a hip flask in his breast pocket. He watches a barman pour a barrel of beer down a drain before smashing it to bits with an axe and remains expressionless. This sultry, dim-lit film conveys its subject well, with an interesting interjection of comparatively bright footage as a steam train carries medicinal whiskey across the country. Many questions are left unanswered, to reflect this space in time. The empty dark stare of the law as he looks into a bleak future says it all.