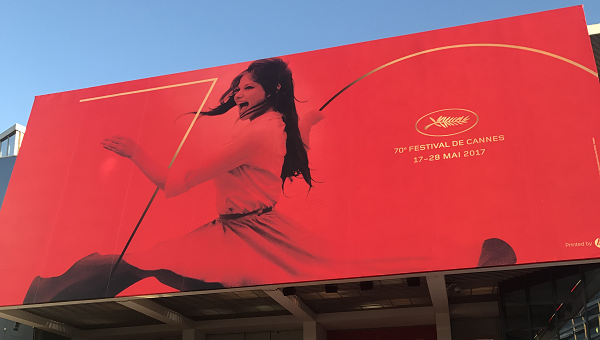 The 70th edition of one of the world’s most prestigious international film festivals opened its doors to thousands of journalists, writers, film buyers and of course high profile celebrities on Wednesday. Running from the 17th until the 28th May, the festival offers those within the film industry their first chance to see what will likely be the biggest films to be released over the next two years. The Take One team: Rosy, Jack, myself (John), Harry, Darius, Toby, Matt and Ben embarked on the journey to the south of France earlier this week in time to experience the opening of the festival, and the days which followed. With red carpet premieres happening each night, the excitement and fast pace of the festival never seems to calm – much like the traffic on the surrounding streets.

Having 7 at a time staying in a 2 bedroom apartment might seem like a uncompromising squeeze under normal circumstances, but when there is little time to sleep due to late night and early morning screenings, and the beautiful Mediterranean weather beaming all day long, unsurprisingly we all found it more than satisfactory and quite comfortable. Some of us have even taken to sleeping on the balcony, which comes with its own private wake-up call in the form of two screaming seagulls. By committing to the Cannes Film Festival, you are also committing yourself to sunburns, overpriced food and more caffeine in your bloodstream than actual blood – courtesy of the inclusive Nespresso bar within the Palais. Try the Ristretto: I dare you! 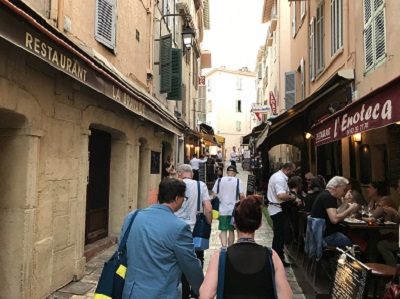 A picturesque 30 minute walk into the centre of the town brings us right to the Palais and the Croisette: two locations boasting the majority of the film screenings from the Festival. The Palais is a colossal structure which houses many cinema screens along with the impressive 2000+ seat Lumiere Theatre, where many of the red carpet premieres take place. Other smaller cinema screens are scattered along the Croisette in various cinemas, hotels and convention centres. Aside from the grand red carpet ceremonies in the evening, blazoned with strictly tuxedoed men and gowned women, it’s apparent the word equality doesn’t quite translate well down here. Many celebrities can be seen walking along the Croisette and with enough determination you’re bound to bump into someone from the big screen. After all, even stars enjoy shopping and Almodovar needs his macaroons!

As would be expected, the security at this year’s film festival is in full force and you are never too far from police riding horses or carrying guns; all for safety measures, of course. Almost every building requires a bag search and metal detection gate in order to access, which puts into perspective just how high profile the festival is. I’m sure by now the headlines are reporting the recent ‘bomb scare’ which happened outside one of the main screenings. Albeit tedious, I’m certain we’re all glad for the security.

The opening film this year is ISMAEL’S GHOSTS, directed by Arnaud Desplechin and starring Mathieu Amalric and Marion Cotillard. I would love to say that going to the opening premiere would be a perfect start to my very first Cannes film festival; however, after not being lucky in the ever-impossible red carpet ticket lottery I had to settle for a relaxing evening back at the apartment (with great food nonetheless). Hopefully I can catch this film at a repeated screening at some point in the festival, although I’m trying to ignore the Guardian review, which didn’t talk so kindly about the feature.

The second day of the festival ups the intensity from gentle stroll to full blown MAD MAX style fury, or somewhere in the middle, with many more film screenings and festival goers now present. Arriving in advance of the madness gave us all the great advantage of finding our feet and feeling slightly more comfortable, if that’s ever possible whilst at Cannes? Todd Haynes’ WONDERSTRUCK and Takashi Miike’s BLADE OF THE IMMORTAL had the honour of this day’s red carpet premieres, and gave great examples of some of the films vying in the official competition of Cannes. Sadly it doesn’t look like WONDERSTRUCK will take home the Palme d’Or for 2017, but is a great adventure for both young and adult audiences alike, with a strong score to back up the film.

After 4 films and around 14 hours in the sun or screen, the second day of the Cannes Film Festival comes to a wonderfully humid end. The excitement of the ‘super-pig’ fantasy of OKJA is just a day away and I can already hear the manic excitement of Jake Gyllenhaal and the convincing deviousness of Tilda Swinton around the corner. Time for some much deserved sleep before another early start in the morning. Cannes out!