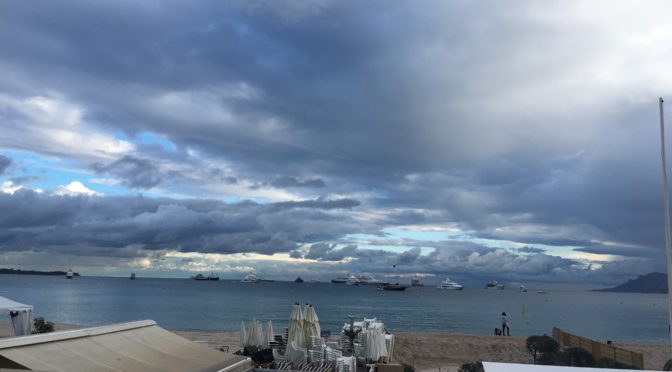 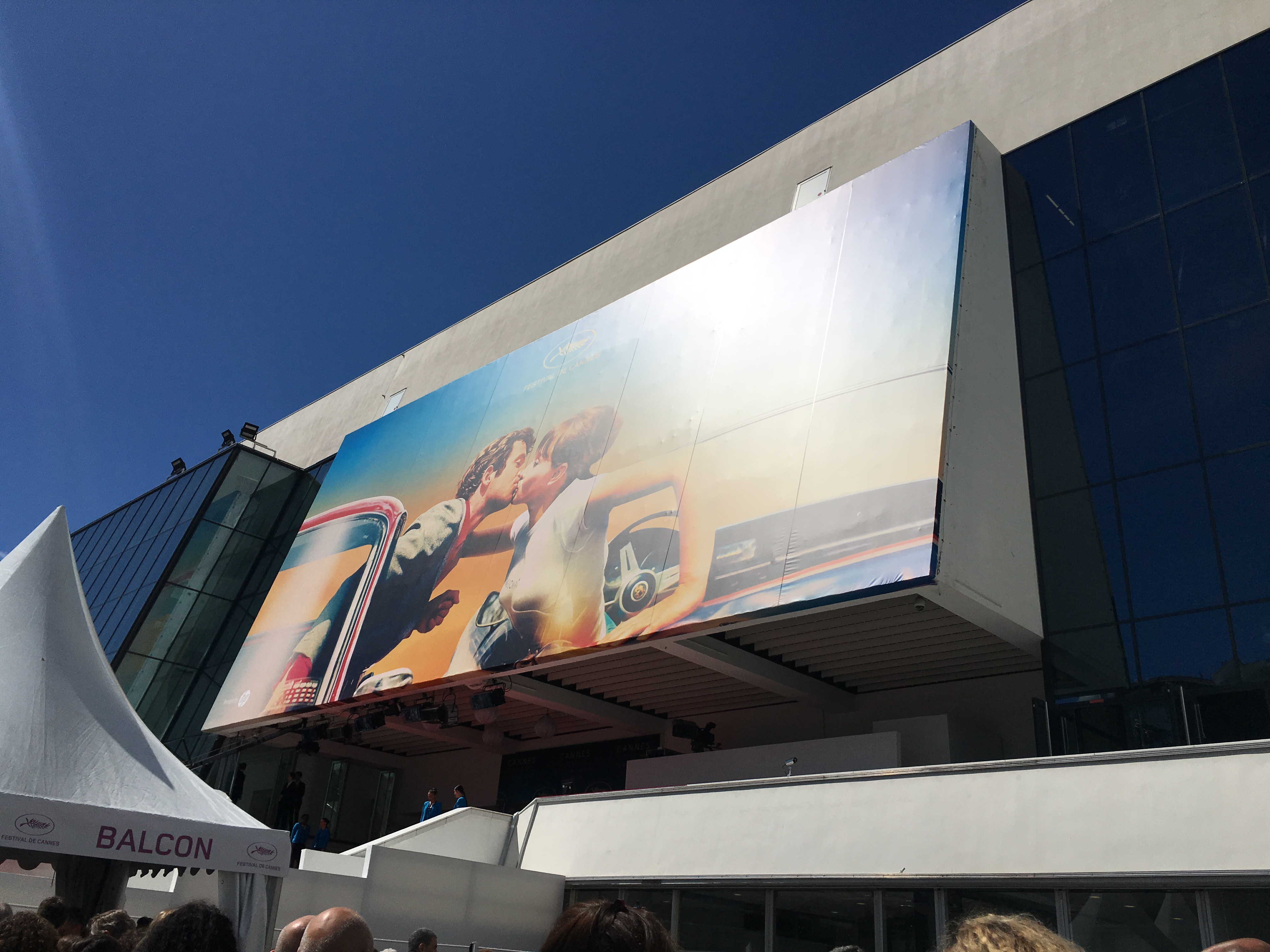 Elle Haywood reflects on her first couple of days at the Cannes Film Festival 2018, with fellow Take One reps Tina, Juanita, Jess and Catarina.

My first proper morning in Cannes commenced with a 6.30am alarm, speed change and quick walk down to the coast with a pain au chocolat in one hand and ridiculously small (but divine) espresso in the other. The first film on my list was THE HOUSE THAT JACK BUILT, a mere few hours after its controversial premiere the evening before. The walk along the promenade to the festival in the early morning was one of the most pleasant strolls I’ve taken. The washed down pavilion allowed a cooling mist to rise, while the mountains loomed over the horizon in a watercolour haze. It was a well-needed relief from the chaos of the evenings.

After navigating myself over to the smaller, yet equally gorgeous Debussy theatre, I popped down my bags and planted myself in that spot for the next hour. Despite being granted the tickets (which are printed on silky card), this does not guarantee entry. I was advised to get there at least an hour, if not two hours early so I would definitely get a seat, and a good one at that. All the other journalists had a sleepy gaze, flipping nonchalantly through the morning paper which was hand delivered by a kind local. Surrounding us were individuals suited up in gowns and tuxedos with signs asking for spare tickets or invitations to any screenings, many of them appearing to have been there since the night before in the hope of catching an early glimpse at a show. The security was very pleasant, and my ascent up the smaller red carpet felt majestic. I didn’t dare risk a selfie for feat of being booted out for improper conduct or disobedience. The rules of the festival apply to all, including the irritating sexist expectation of women being required to wear heels. Except Kristen Stewart, who strolled up them barefoot the night before, to which I applaud her. The Lumiere Theatre for BLACKKKLANSMAN was similar in this respect but offered a much larger staircase, a stunning view of the Riviera and a chaotic struggle to find a good seat. Considering my hesitation about talking to new people, I was pleasantly surprised how chatty my neighbours were in the seats next to me, airing their thoughts on the film and whining about the ‘cattle-like’ situation of queuing.

The screenings begin with a classical tune and climb up the staircase through the ocean, and the logo of the festival flashing up on screens which is met by a hearty applause. Fellow Take One writer Juanita and I always tried to make the odd note during the film if there was something exceptional or quote worthy, however most of my notes were written up immediately in a café nearby and drowned with yet more coffee. When you have 2-4 films planned for a day, food becomes scarce and finding an affordable café or vendor is a rare gem. Many of us opted for an ice cream in the afternoon as the beach is so close and they are made with such fresh ingredients. Using the physical books to plan out the festival is always handy as there are sometimes wonderful surprise screenings, and we even found ourselves in the giant contact book. (Hey Mum, I’m ish-semi-not-really-at-all famous!). The two of us attended the GIRLS OF THE SUN re-play at the Olympia, which was a lucky find. It is essential to plan out your day down to the minute if you are keen to see a particular screening, as the security cut off is normally 30 minutes before and it’s rare to get in afterwards. It also helps to you plan out your free time, so you can go and have a rest on the beach or network at the Marketplace.

Juanita and I watched the HAN SOLO red carpet and saw Emilia Clarke, Daniel Glover, Thandie Newton, and had the pleasure of squealing at/ saying hey to Woody Harrelson. Jess and Catarina rounded the day off with LONG DAY’S JOURNEY INTO NIGHT, the documentary SEARCHING FOR INGMAR BERGMAN in the Salle Du Soixantieme, and the Cannes De La Plage beach screening of VERTIGO. Tina attended the gala screening of UNDER THE SILVER LAKE on the red carpet.  As a perfect ending, there was a display of humongous fireworks in honour of the HAN SOLO premiere. Some of us viewed this from a deckchair on the beach and others of us watched it from our lovely balcony in sheer delight. Bring it on, Day 3!!