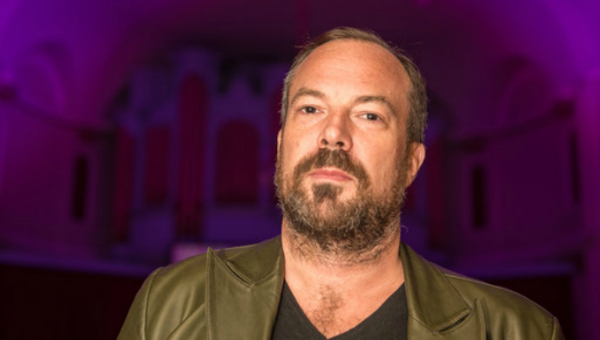 In 2016 Simon Rumley brought his film JOHNNY FRANK GARRETT’S LAST WORD to the Cambridge Film Festival, and you can read our interview with him here. After we’d spoken to him about JOHNNY, we got talking about his passion project, CROWHURST, which was then still floating in production limbo. The film is now likely to enjoy an early 2018 release, so it’s finally time to share a transcript of our barside chat!

T1: What attracted you to the story when Michael Riley first approached you with it?

SR: Crowhurst’s a story about failure; it really is THE book of heroic failures. It’s about dreams going severely wrong, and I think this is fascinating to contemplate because so much of our society is about supposedly believing in yourself and living your dream, and succeeding at all costs. Of course the reality is that, whether you’re a sailor, a film director or a barrister, most stories of success are counter-balanced with stories of failure – but these get brushed under the carpet for, I suppose, many different reasons. Also, many of my films deal with ostensibly normal people who take the wrong path in life, with disastrous consequences so although my other films like RED WHITE AND BLUE and THE LIVING AND THE DEAD end in much more physical violence, the mental violence and self-harm that riddles this story can be seen as the flip side of what I’ve previously investigated. Beyond this, there’s a great pathos in the story which is something that also attracts me to the stories I tell. And you can’t get much more tragic than Crowhurst’s story: leaving his home, four children and wife behind, not being able to communicate with them, the duplicity of his ways and the breakdown that ultimately arises, it’s all very sad. There’s a richness of material that makes for a rich and large canvas to explore…

T1: Did you have any dealings with the Crowhurst family? This has scuppered some previous attempts to do the story…

SR: Not personally. Mike Riley, our producer, did speak with Simon [Crowhurst] a few times. I don’t know too much about the exchange but I believe it was quite genial. My understanding is that the Colin Firth production had a lot more dealings with them.

T1:  How difficult was the shoot – or did adverse weather conditions and confined space work to your advantage?

SR: Well, shooting on water was tough but I’m happy to have joined an exclusive club of directors such as Cameron, Spielberg, Polanski, Scott and Bigelow who’ve all managed to do this! At one point we were filming in Force 7 rain and storm in the Bristol Channel, which we valiantly managed. But when the weather got worse and shifted up to Force 8, Milton, our DP was no longer confident of holding the camera without being swept overboard so we stopped! We were scheduled to be filming for three days at sea but this doubled to six, and on the second to last day our rescue boat broke down. So the last day we neither had a beginning or end scene to the film – so that was a bit scary. Apart from that, shooting in the Teignmouth Electron, Donald’s boat, was best described as tight and at times felt like a game of Twister as there was me, Justin Salinger who played Crowhurst, Milton the DP, the boom op and sometimes a camera assistant, all competing to do our jobs in the same very cramped space.

T1: What input, if any, did Nicolas Roeg have?

SR: Well it was really exciting to have Nic Roeg on board and of course if he hadn’t been involved then I wouldn’t be here with JOHNNY FRANK GARRETT’S LAST WORD. Mike and I went to Nic’s house a couple of times and discussed the script, but really just let Nic lead the conversation, and listened to what he had to say. He’s my favourite film director of all time, so it was a complete career high to have him come on board and share a credit on the same film as him. At some point in the 70s he’d tried to do a Crowhurst film but that had fallen apart. I think more than anything, listening to his stories, thinking about his films and his boldness as a director inspired us to push the film in a direction that reflected Donald’s increasingly unstable and desperate mental state.

So we were quite experimental in what we did in the breakdown, and certainly re-watching some of Nic’s films like WALKABOUT where he rewinds scenes that have just played out was directly influential on what we did… Nic also saw the first cut of CROWHURST and his notes on the first part of the film really helped us focus, and make the opening a lot quicker and dynamic than it initially was. One thing I remember Nic saying was that when you come to film, the script goes completely out the window. But for me, I’m more like Hitchcock and always stick rigorously to the script. In this occasion though, Nic was completely right! Especially the shooting at sea scenes and in losing some of the script, there was a sort of liberation in the edit suite where we had to investigate structure more than we might have otherwise. So I’d say both Nic directly and his spirit had a large influence on the film and there were times when Mike, the producer would say “I want you to do what Nic would do!”

T1: How did working previously in the horror genre help?

SR: Well, I’d like to think I amped up the tension, drama and overall intensity of the situation -and there are some nightmare scenes with fish which, I’d like to think, are kind of creepy. With the breakdown I did a lot of work with the sound design which is about 20 minutes long and full of crazy, weird sounds all taken from some kind of nautical source. I also told composer Richard Chester that I was keen to have some of the music going backwards! Similarly the sound design in a scene where Donald lands in Argentina is full of crazy sound design stuff, so I’m not sure whether any of this is horror per se, but then most my films have skirted the periphery of what horror is. More than anything, I’d like to think it was my desire to experiment with cinema as a form and use all the tools of my trade to really reflect the mental situation the characters find themselves in… I think when you watch CROWHURST you’ll see it’s quite different to anything I’ve done before, although it still has my imprint on it…

With thanks to interviewer and Crowhurst enthusiast Andrew Nickolds