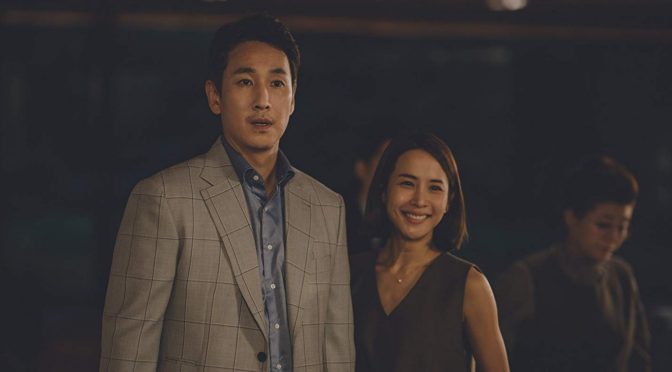 Two years after his controversial OKJA, Korean director Bong Joon Ho is back to the Cannes Film Festival competition section with PARASITE (GISAENGCHUNG), a film consisting of laughter, suspense, tears and introspection.

When asked to describe his latest piece, the director said “this film is a comedy without clowns, a tragedy without villains”. He could not have said it better. PARASITE tells the tragicomic story of a lower-class Korean family to which the opportunity of living a better life is constantly being denied. The father, Ki-taek (Kang-ho Song), is unemployed due to a series of failed businesses, the mother, Chung-sook (Hyae Jin Chang), is a failed athlete and both adult son and daughter, Ki-woo (Woo-sik Choi) and Ki-jung (So-dam Park), have failed their university entry exams. They live – or, more accurately, survive – in a small sub-basement which happens to be another reminder of their supposedly failed lives.

This is not to say that they are worthless. To the contrary, the family members are cunningly street smart and incredibly witty, constantly smiling and teasing one another. One day, Ki-woo’s wealthy friend comes to visit the family. He brings them a gift of great value and offers him a lifesaving job opportunity. And so, the son gets employed by the rich Park family, polar opposite of our protagonists’, to be an English tutor for the teenage Park daughter. Luck appears to be on the penniless family’s side until a series of unexpected events come to undermine their new-found balance.

“From smart dialogue to fantastic cinematography, Bong’s directorial work is deeply satisfying and the film is extremely well-crafted. PARASITE is simultaneously raw and elegant, beautiful and grotesque.”

From smart dialogue to fantastic cinematography, Bong’s directorial work is deeply satisfying and the film is extremely well-crafted. PARASITE is simultaneously raw and elegant, beautiful and grotesque. The locations are as alive as the characters inhabiting them and almost palpable. The real stars of this film, of course, are the actors. Notably Song and Choi who deliver two splendid performances as the destitute father and daughter. Each actor is great and the chemistry of this ensemble cast is quite evident on screen, but there is something about Song’s facial expressions and Choi’s choreographed physicality that simply makes them shine.

PARASITE delivers strong social commentary that can be interpreted at a universal level. Bong is known for his socially- and politically-committed films and his latest piece is just as thought-provoking as the rest of his filmography. The film shows the extent to which we would go to in order to live a comfortable life and just how crippling class difference is.