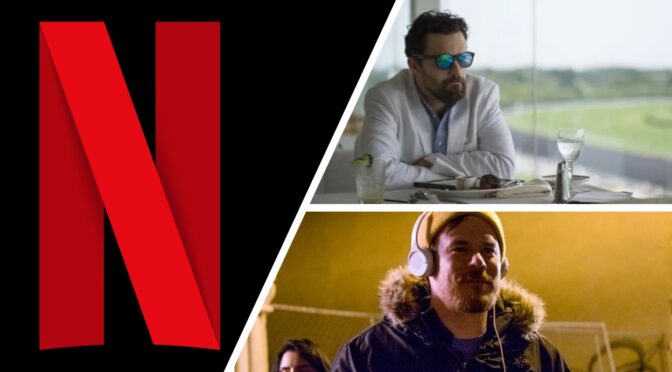 Back in March 2018, Alex Garland’s ANNIHILATION arrived on Netflix UK despite originally being planned for the big screen. The film centres on Natalie Portman’s Lena, and a team of female scientists venturing into a constantly mutating environment, that is equally monstrous as it is colourfully intoxicating. Despite the star-studded cast, haunting visuals, and acclaimed director, production company Paramount got cold feet ahead of the scheduled theatrical release. Fearing the film was ‘too brainy’ to turn a profit, they chose instead to sell to the streaming service, who released it solely online.

ANNIHILATION‘s move to Netflix is indicative of a larger trend that has emerged over the last few years, one where box office concerns push cinematic but commercially risky films to the smaller screen. This trend hints at a cynical future for theatrical cinema and one that has only been accelerated due to the ongoing Coronavirus outbreak. With cinemas opening up again, studios find themselves at a potentially industry-changing time in terms of how films are released theatrically.

Since 2018, Netflix’s understanding of its media and flexibility regarding distribution has evolved to be part of the company’s success. Beginning with ROMA in late 2018, Netflix now rolls out its own theatrical releases around the typical award season, such as UNCUT GEMS, MARRIAGE STORY, or THE IRISHMAN. This decision could simply be a way of achieving the Hollywood award season success that had previously evaded the company. However, it could also stem from a desire to present content in the way that the makers intended initially. If a film is cinematic, it deserves to be accessible in the cinema.

It’s easy to see why Netflix chose to put these films in cinemas. UNCUT GEMS could be described as a sports movie, and like any football match, the film’s building tension is best paired with a packed audience simmering in the collective atmosphere. MARRIAGE STORY’s theatrics work better on the big screen, and despite THE IRISHMAN’s runtime ageing its audience forty years, its grand narrative suits an immersive experience. With the pandemic shutting cinemas doors for the long haul, and more new releases being shunted off to online streaming platforms than ever before, it might be worth considering which films benefit from this move to the smaller screen.

It’s important to first explore what qualities define the cinematic experience, and how they differ from domestic streaming. Within the typical cinema setting, the audience member is in a darkened room, in a crowd but anonymous, and centred in front of a large absorbing projected image. When streaming, the characteristics of the setting become defined by the individual. There may be no darkened room, no large projected image, and the image itself may not have the viewer’s full attention.

Streaming’s spectator has control over the screen that the cinematic one does not. Media can be paused and stopped at the viewer’s convenience, while the cinematic spectator can only physically leave the setting to avoid the image. Discussing this change, Erik Wayne Marshall writes that “if yesterday the spectator was trapped – a happy prisoner – in the dark in the theatre beneath the magnificent screen, then today it is all reversed: it is the screen which is trapped by us.”

The type of spectatorship demanded by mediums is often revealed by simple observations, such as the screen being smaller and of a lower picture/sound quality when streaming. The streaming screen encourages a more casual relationship, with its spectator not necessarily treating it as the principal event. Instead, viewers might battle the impulse to reach for their phone or pause to grab a snack. In contrast, John Ellis writes that in the cinema the “spectator’s activities are confined to those of watching and listening, and these activities are correspondingly intensified”. The theatre is designed for immersion, while the domestic setting aims for relaxation.

The triumph of the smaller screen lies in our closer relationship to it; while it may not assault us with its images, it seduces us with the guise of relaxation, making way for other forms of engagement. Mumblecore, a subgenre of independent filmmaking, plays within this closeness by treating the qualities of the cinematic and the mundane equally. It is a distinct form of realism that achieves intimacy through a supposedly honest presentation of life.

Mumblecore can be summed up as cheaply made DIY films, often with improvised scripts that aimed for conversational dialogue. The term came about organically when several films released in the mid-2000s shared these qualities and centred around a generation of twenty-somethings in flux, failing to connect romantically, physically or even virtually. These new films became labelled ‘mumblecore’ after the term was said jokingly by a sound mixer at South by Southwest Film Festival in 2005, remarking on their poor sound quality.

Acclaimed directors such as Barry Jenkins, Greta Gerwig, Damien Chazelle and both the Duplass and Safdie Brothers all got their start with films under the mumblecore umbrella. However, Netflix’s consistent patronage of the subgenre is perhaps most notable in hiring Joe Swanberg to make a TV show, Easy and a film WIN IT ALL. The pursuit of intimacy in his work offers unique narratives, akin to reality, without spectacle. This lo-fi aesthetic fits the streaming screen perfectly. Swanberg’s early works were some of the first films released via VOD and often released just on DVD. A theatrical run could be seen as a financial risk for studios; instead, these cheap, stripped-bare films, with no stars in the cast, have always been paired with new and less risky online release strategies.

LOL, written and directed by Swanberg, revolves around a group of young men grappling with their relationships both in the physical and virtual worlds. The film does not see physical relationships as superior, which is shown by Tim and his girlfriend, who live together but appear unsatisfied. Instead, the search for a real, or pure, experience that is unattainable is the narrative motivation for the men. The film leaves the audience with the question of whether technology is the cause of this lack of connection or whether it is the men’s own flawed personalities.

The film frequently cuts between the young men’s point of view while on chatrooms or watching pornographic videos, to shots from the screen’s view of the young men watching. The frequent cuts serve to continually remind the audience of the young men’s voyeurism, whether this is by literally seeing through their eyes, or by having their gaze reversed to meet with the viewer’s own. There is an added impact in watching people being absorbed by their screens, while you are gazing into your own.

The inclusion of new media technologies blurs the boundaries between reality and fiction. The use of webcams and phone screens, and the frequent shots from their perspective, shows the interference of the new media screens into the cameras ‘look’. This inclusion is an insight into how the streaming screen can achieve more profound pleasures, not through the power of its grand apparatus but the camera’s gaze.

While the close-up has a long history of being used for emotional moments or revelations, Swanberg’s emphasis is on the mundane. The films utilise long close-ups devoid of social or historical context, often of just the actor’s face. By placing the character without context, they become just another talking head on the viewer’s screen. As a spectator, the impression of reality is deceptive, rather than the entrapment or attack from the cinematic image. The quiet subtlety of mumblecore is intoxicatingly real.

Easy, an anthology series set in Chicago, is more typically structured than Swanberg’s prior work, but still keeps the intensely intimate moments of the genre throughout. An episode of particular mumblecorism is Chemistry Read. It centres on an actress, fresh from a breakup, who receives a potential acting job in LA, and her older co-star with whom her lifestyle is mirrored. The post-breakup conversations between Sophie and Drew are through webcams, drawing comparisons to LOL, and capture the same impression of reality through their use.

By adding new works from mumblecore filmmakers to their service, Netflix seems to recognise the power of the genre as a form of storytelling. The blurring of reality and fiction makes the films feel like highly personal home videos, nothing feels acted or scripted, so when characters are faced with emotional obstacles, it feels real.

The spark of mumblecore is very much rooted in the early 2000s when technological advances meant it became easier for anyone to make films. For Netflix to fund new films based on the early works of a handful of successful mumblecore directors, would be bizarre. The films are frequently criticised for their centring around smug self-absorbed hipsters and being directed mainly by white, straight, middle-class males. Both technology and audiences have moved on from the novelty of these films. Instead, the subgenre shows that if Netflix were to consider the qualities of these films and understand that the unique form of their platform could affect the projects they make, it would transform from being an online blockbuster bin into a service that fully understands its role of innovation within filmmaking.

This innovation can be achieved whilst the company also continues making small screen blockbusters with Michael Bay. Netflix will micro-market the content to the viewers that will enjoy them, enabling them to produce profitable blockbusters and achieve award season success with quieter more introspective works.

The spectator’s gaze has become the glance, and thus Netflix’s streaming screen cannot provide the same level of spectacle as watching ANNIHILATION in the cinema. However, by playing with different forms of pleasure more concerned with depicting reality, the medium holds the ability to provide something more intimate.

Netflix may have evolved since ANNIHILATION’s strictly online UK release, and by doing so seems to be shifting on the idea of medium following media, and innovating its content as a result. Previously, the company has been less than savvy to content that flourishes on their service (referring to their acquisition of ANNIHILATION, MOWGLI, and CLOVERFIELD PARADOX, with each having rejected theatrical releases in 2018) and it is refreshing to see them pursue riskier efforts. Similarly, the release of interactive films, BLACK MIRROR: BANDERSNATCH and Kimmy vs the Reverend, shows the innovation and playfulness beginning to be explored in streaming technologies. Letting viewers have control over narrative decisions, with each choice having weight by further spinning the narrative into a parable about determinism, is an interesting spin on giving the spectator more control. Seeing the streaming service Shudder release HOST, a found-footage horror about a seance over a Zoom call, is more exciting than seeing Spike Lee’s DA 5 BLOODS or Disney’s MULAN end up on online platforms, instead of cinema releases.

When Netflix utilises its different social role to cinema and operates as more than a domestic blockbuster bin, the service has the potential to explore a plethora of visual pleasures and captivations. In re-watching ANNIHILATION, a particular line stood out as resonant with the current relationship between theatres and streaming, and a more hopeful future for both: “It wasn’t destroying. It was changing everything. It was making something new.”