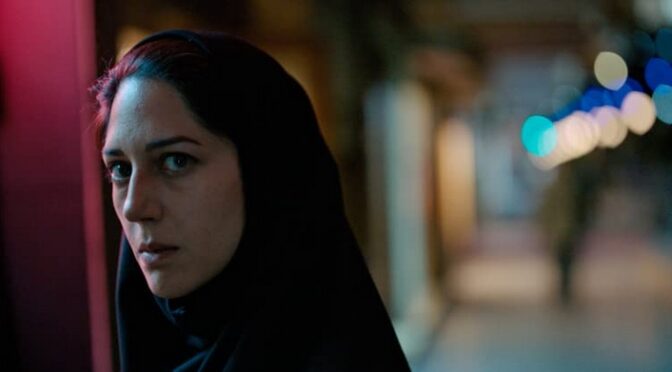 Keen to unravel a web of corruption and lies, Ali Abbasi, the critically acclaimed director of BORDER, returns with a fear-inducing crime thriller based on the 2001 real-life case of Saeed Hanaei, a serial killer who slaughtered sixteen prostitutes in the Iranian sacred city of Mashhad. HOLY SPIDER is a radical rage-filled polemic on a culture that Abbasi believes fuelled and then excused Hanaei’s murderous actions.

HOLY SPIDER follows Rahimi (Zar Amir Ebrahimi), a young journalist who travels to the holy city of Mashhad to investigate a spate of killings at the hands of a man who claims to be doing the work of God by “cleansing the street of sinners”. Despite unearthing strong leads on her arrival, Rahimi finds the authorities more concerned with her presence as a lone female than they are in searching for the man brutally murdering and burying sex workers in the city limits. It is a maddening affair that only worsens as the number of victims mounts up and the “Spider Killer” begins to gain understanding and support for his holy mission.

“Abbasi instead uses loud and oppressive soundscapes to create mood and constructs purposeful shots through gaps in shutters and doorways to reinforce the point that he is granting access to that which usually remains unseen.”

From its opening scene, Iranian-born Ali Abbasi makes no secret of what he is aiming to do with HOLY SPIDER. Showing in graphic detail an unveiled, topless woman covered in bruises performing a sex act on a client, Abbasi unabashedly showcases that which is forbidden within the culture. He effectively highlights the oppression of women through a realist lens, giving full view to the brutality that the victims have to endure at the hands of the killer whilst assuring that he never sensationalises the acts of violence for voyeuristic pleasure. Abbasi instead uses loud and oppressive soundscapes to create mood and constructs purposeful shots through gaps in shutters and doorways to reinforce the point that he is granting access to that which usually remains unseen.

In showing the hypocrisy between what is said and what is seen, we are encouraged never to feel confident that if Rahimi unearths Hanaei as the murderer, he will face consequences or even that she will remain safe. It is a tension that drives a narrative that sometimes could feel a little repetitive if not for the blisteringly visceral performances of its two leading actors. Brave, infuriating, but essential HOLY SPIDER is a film that crawls its way under your skin and stays there.