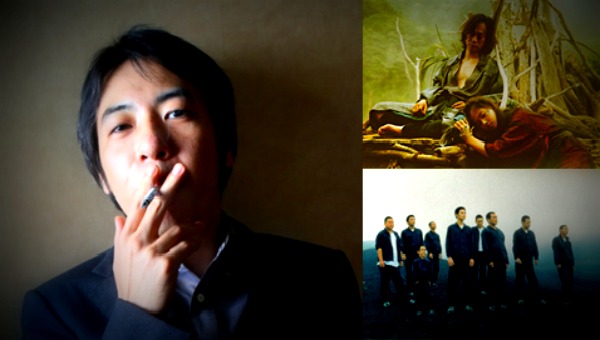 One of Japan’s most infamous and most admired directors, Toshiaki Toyoda’s unique style has illuminated the programme at this year’s Terracotta Far East Film Festival. Cinematic exports such as BLUE SPRING, NINE SOULS and HANGING GARDEN showcased the young directors talent, but his career was hampered by a drugs charge. The resulting media fuss drove him to a cabin in the forest, where he conceived his latest film, MONSTERS CLUB. Ferry Hunt spoke to Toyoda (via a Japanese translator) at a Terracotta masterclass in London today.

Ferry Hunt: All your actors have great presence, but they use quite simple dialogue. How do you achieve this with your directing style?

Toshiaki Toyoda: I do like to use simple dialogue, so not too complicated, so you could say that’s the style, yes. I’ve always had the thinking about how to make it simple but, you know, really sort of punchy, so it was always in my head. I like that, it’s a great compliment.

FH: A lot of people have said that you’ve had the opportunity to make more than six films, but you haven’t. Is this because the films are very personal to you, or because you’re not looking to make moneymakers?

TT: Because I don’t really wanna (make films more often)! Maybe when they’re offering me a job,  I’m sometimes working on my own new films, or something that that wasn’t really a good time. I’m not really a multiple, doing everything at the same time person. So I just want to concentrate on one thing.

FH: Is NINE SOULS your most popular film, do you think?

TT: In Japan, BLUE SPRING is the biggest hit, but in this country, NINE SOULS is the biggest hit – or HANGING GARDEN was probably the most popular movie of mine in Japan. I’m not sure of my personal opinion, but NINE SOULS, people are talking about breaking out of jail – that kind of story is very, very popular all over the world. So if you’re making that kind of movie based on the escaping, then as long as the movie’s good, that will be a good hit – so maybe that’s the reason? I’m not really sure if you know it, but I’ve taken this idea from the escaping case in America, quite recent – somebody three or four years before, so I was thinking about this in NINE SOULS. [Toyoda could be referring to the Curry County jailbreak in 2008]

Another guest asks, “How do you choose your projects?”

TT: There are two ways. Sometimes I got the idea already in my mind, and I talk to the producer, or sometimes vice versa – the producer is approaching me to do a project. But I keep them happy by just going for a drink with them.

Another guest asks about Toyoda’s preparation for MONSTERS CLUB – like the recluse central character, he spent some time living in a cabin in the wilderness.

TT: It was for a different reason: as you probably know, I actually got caught by the police, doing something wrong. [Toyoda was arrested on drug charges and then subsequently blacklisted by the Japanese film industry] That’s why I had to – I shouldn’t say “run away”, but just away from all the scandal, so that’s why I had to make myself [scarce] for a while.

FH: So when you’re not drinking in London and you’re not making films, what are you doing?

TT: I’m always writing something, so this is my routine, that I have to write something every day, so I do write scripts…

FH: What about books?

TT: No, I don’t do books. But I’m always thinking about the next film I’m going to shoot, it’s always in my mind that I have to start writing first, because without a script, nothing’s gonna go.