We spoke to the talented actor Bruce Glover’s son Crispin recently, when he was in Cambridge with his show. Crispin had to stop in the middle of great anecdote about his dad and Dwight Frye; desperate to hear more, we got in touch with the man himself. Bruce was kind enough to finish the story for us, and along with this he gave us so much insight into his fascinating life that we decided to publish it verbatim from his email.
(Bruce is also an acting teacher – you can find out more on his blog).

The Dwight Frye story – You can check him out on IMDb he played the Hunchback who dropped the good brain and brought the BAD ONE in ” FRANKENSTEIN ” also the insect eating assistant in ” DRACULA ‘ he did lots of films but as can happen he got stuck into the only weirdo category. I’ve fought against that lazy thinking by others since I began acting even now I’m trying to get my IMDb bio changed. More on that later. I came on to acting by accident in my tough Chicago working class neighborhood saying you were interested in being an actor would have been like wearing a dress.

My 1st. job at 6 was delivering groceries with a little wagon for 6 days for 60 cents. It was depression era and i always had after school Saturdays and Summer jobs including working in a glass factory at 14 – 15 – 16 and I liked it,For MY WAY OUT 2 paths were opening Art and Football including playing semi pro on Sundays after my Friday or Saturday college game.

A 1953 job posing for an art class at CHICAGO’S ART INSTITUTE changed everything. The nude lady posing with me made an odd offer , She, ”How would you like – [ BIG PAUSE ] – to be a Gorilla ? ” Turned out she needed a guy strong enough to wear a 90 lb. Ape suit and toss her around in a strip club. A MAGICIAN at the club tapped me with his magic wand and said , ” Bruce you are an actor, you make that Ape so believable you should try acting . ” Then I was drafted into the Army and sent to Korea for the last 6 months of that War came back 1955 with Malaria which paused my college football . Tried out for a play never had seen one never had a class or read a book on acting , got the lead and great reviews. I was a natural. I found some of the peoples stage acting odd so I started coaching them like to one guy I said , ”Have you ever thought of like talking to me ?” He , ” How ? ” I , ” When you talk to me I LISTEN when I talk to you , YOU LISTEN .” 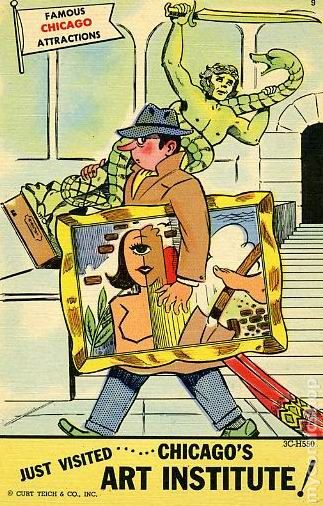 I’ve been teaching ever since not all the silly complexities invented by bad actors but the simple way suggested by my instincts. All my studying somehow led me back to realizing that those original basic instincts deep inside is what you had to trust. Every good artist has to learn not to try to please the audience but first last and always himself. So stage acting was the way I did had had 200 plays including summer stock where you did a new play every week and Long run’s On and Off B’way. A 1967 pre B’way play about Frederick the Great ”THE SORROWS OF FREDERICK ” was to open first at the MARK TAPER FORUM in Los Angeles . I had 2 roles 1. soldier sentenced to die because he;d been caught trying to hump his horse Frederick found it amusing so he let him off the 2nd role that of his Valet . I had to onstage age in that role.

”Look at yourself right here you look like Lawrence Olivier .” WOW !

I was good and enjoying the role we had to cast a young boy to play Frederick as a child the director put me in charge of the auditioning so i was given an assistant director as a helper. He was very complimentary about my work he said ” You remind me of my father he was a great actor. ” I, ” Thanks , what was your fathers name ? ” He , ” Same as mine , Dwight Frye . ” I didn’t know then that his father had been a very versatile stage actor I was both complimented and a bit weirded out . I’ve often been compared to other actors one my favorites , a producer liked my work on his T.V. Show and brought me in to show it to me , he said , ”Look at yourself right here you look like Lawrence Olivier .” WOW ! A week later a director at an audition turned to the producers and said , ” Doesn’t he remind you of [ I was expecting Sir Lawrence instead got]

– doesn’t he remind you of – Wallace Beery .” WOW ! Versatility . So stop me before I say more an d make you snore .

3 thoughts on “Interview with Bruce Glover”