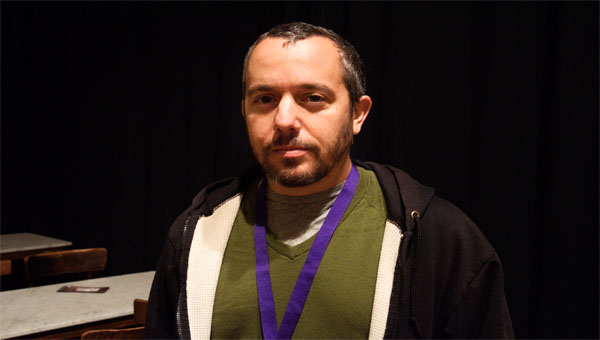 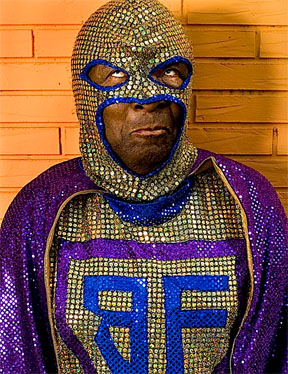 First-time director Jonathan Furmanski has been a fan of the controversial singer/songwriter Clarence “Blowfly” Reid since high school.  His documentary “The Weird World of Blowfly” isn’t just a showcase for the unsung grandaddy of rap – it also features some fascinating off-stage character studies.  The film celebrates Clarence’s legacy and untangles a bundle of contradictions: the man, the artist, the performer, the son and father.  “The scene with him and his mother is one of my favorites in the film,” says Furmanski.  “You learn so much, even though that scene comes in the last reel. He’s a very complicated man. A lot of people would dismiss Clarence or Blowfly as a novelty; I wanted to dispel the idea that Clarence is one-dimensional.”  Documentaries often follow a contrived story arc, but “The Weird World of Blowfly” is a straightforward collection of interviews and scenes from Blowfly’s comeback tour.  “Clarence’s story is open-ended,”  Furmanski explains.  “There’s no great triumph or tragedy at the end, just the understanding of all the triumphs and tragedies of Clarence’s life.”

“Clarence has been exploited throughout his career, or he allowed himself to be exploited, so he doesn’t have anything to show for his life’s work…”

Much of the film illustrates Clarence’s volatile but affectionate relationship with his manager, Tom Bowker.  “There are obviously some hefty egos involved, but that’s part of what’s so interesting about them,” says Furmanski.  “They both have very strong ideas about how things should be done and they don’t always agree… in fact, they hardly ever agree. But in the end, they entertain each other.”  Some say Tom exploits Clarence – but does it matter?  It’s obvious from what we see on screen that Blowfly’s fans mean so much more to him than money.  Furmanski is in two minds about this.  “Clarence has been exploited throughout his career, or he allowed himself to be exploited, so he doesn’t have anything to show for his life’s work. Clarence was happy to have someone interested in getting his music out there and a lot of people took advantage of that.  As far as Tom being exploitative, I think it’s easy to look at their relationship and think that Tom has some personal goals that aren’t in Clarence’s professional best interest, but I also know that Tom was the only person working on Clarence’s career at a time when it had completely foundered.”

“When he was recording Betty Wright or Gwen McCrae or his own material back in the 60’s and 70’s, the band played live to tape – no overdubs, no punch-ins…”

Blowfly’s recent collaborators include 2 Live Crew and breakcore artist Otto Von Schriach.  How does Clarence feel about working with new technology?  “Clarence, like so many of his contemporaries, talks about the old days of recording almost wistfully,” says Furmanski.  “When he was recording Betty Wright or Gwen McCrae or his own material back in the 60’s and 70’s, the band played live to tape – no overdubs, no punch-ins – and he’s very proud of the skills he developed then as a musician, songwriter, and producer. He had to tell everyone their parts and make sure they were done right.  A scene that didn’t make it into the film had a lot of his friends talking about what it was like to work with Blowfly in the studio. They said they couldn’t stop laughing at what Clarence was singing and he would get furious that they were ruining takes.”

Clarence has said in interview that he hates blues – Furmanski agrees that Blowfly probably is anti-blues.  “He would say the blues are all about things being sad and wrong, whereas Blowfly kind of celebrates life in his own depraved way.  Of course he wants to make money, and be successful, and gain the recognition he rightly deserves – but I think he really doesn’t care if it’s five or 5000 people listening to him. As long as he’s out there entertaining, he’s happy.” 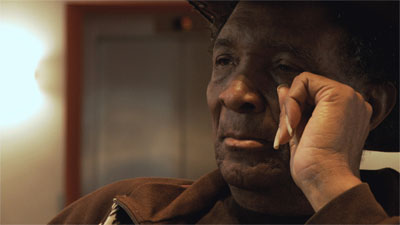