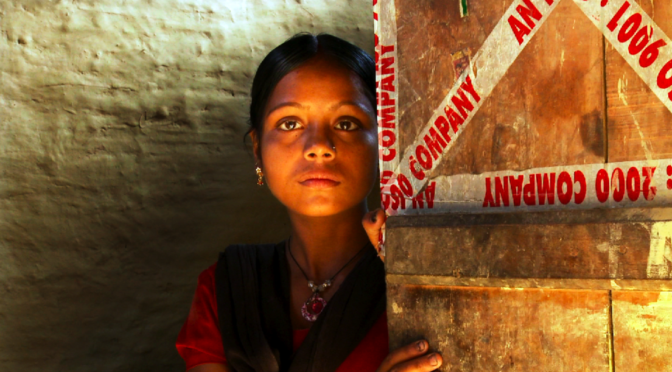 Providing exposure – of people, organisations, places – is at the essence of documentary making. It’s assumed that documentaries provide a more candid and accurate exposure than other kinds of filmmaking, although obviously the act of focusing a camera on anything is by nature subjective.

Nocem Collado, Spanish director of CARTOGRAPHY OF LONELINESS, a study of the plight of widows in India, Afghanistan and Nepal, took a particularly brave step in how she documented the stories she wished to expose. Collado describes herself as a Guerrilla filmmaker, which she defines as using a very low budget and working intimately with the subjects of one’s documentary.

“I believe most documentaries are fiction”, she argues. “Most have a minimum of five people working on an interview with one person. How can that person be close and free? You are asking for that person to be like an actor or actress.”

Collado countered this by immersing herself in her subjects’ living conditions and their emotional state. She travelled and filmed the whole documentary alone and in India lived for one month in a sheltered community with around 100 widows.

“It is a paradox to film a documentary about loneliness, being alone” she says. “I wanted to know the real situation of women there. Living with them, sleeping with them, cleaning rice, peeling potatoes; after this they see me as someone alone like them and after they see me in an equal state they open up very easily.”

Among her many brave acts for the film, such as hiding her camera inside her burqa through Afghanistan’s streets, and fighting off pimps while interviewing women forced into prostitution, perhaps her bravest (and most daring!) act was to travel and film without a translator. Relying on the most basic visual communication to enter communities or gain introductions in each country, Collado simply acted as a vessel for the women’s voices until she returned to a larger city to have her recordings translated.

“I never understood what they wanted to tell me, so their spirit was very free” she explains. “The translation was a surprise!” The widows’ stories told within CARTOGRAPHY OF LONELINESS are earnest, without self pity, and very compelling. In her approach Collado perhaps becomes as objective a documenter as it is possible to be.