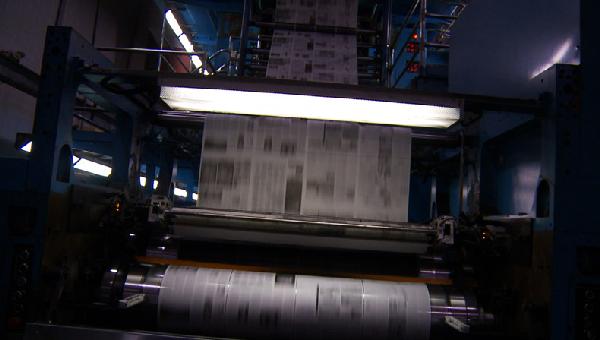 The newspaper is dead, long live the newspaper … or is it dead? Despite the title focusing on the world’s best known broadsheet, and director Andrew Rossi having unparalleled access to the New York Times Media Desk, PAGE ONE is a fascinating and far-reaching documentary about where traditional media belong in the digital age.

The world of print media finds itself in a precarious position: threatened by the rise of social media, the internet generally and with ad revenue dropping like a lead balloon. Numerous talking heads are at pains to point out, however, that people predicting the passing of the newspaper, and The New York Times in particular, have been around since time immemorial. The film covers not only the attempts of ‘the Gray Lady’ to embrace and adapt to this “new apparatus of accountability” but also the effort, experience and exactitude required in the reporting from such a revered outlet.

Although we meet many different residents of the Media Desk, the most engaging individual is columnist David Carr. His tenacious pursuit of a story relating to mismanagement at the collapsing Tribune Company makes for a good thread running through the latter half of the film. However, it is the disdain with which he cuts down the puffed up petulance of the more naïve and unprepared of his internet-exclusive opponents that really lends the film its breakout individual. 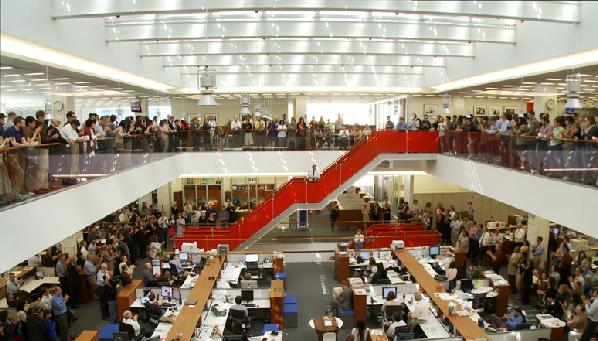 “Just because you put on a f***ing safari helmet and looked at some poop doesn’t give you the right to insult what we do.”

As The Times continues its recovery following the reputation-rotting exploits of Jayson Blair (plagiarism and fabrication) and Judith Miller (unquestioning acceptance of Bush administration Iraq-WMD assertions), it partners with WikiLeaks, as did Der Spiegel and The Guardian, but not without a certain amount of scepticism. The movie does an excellent job of showing that reasoned analysis and discussion is still needed, possibly more than ever, in a world where Twitter and its ilk may be rapid but also contain a million Jayson Blairs. Although the film doesn’t attempt to answer how the newspaper industry should tackle the latest of its perpetual crises, it does provide an excellent snapshot of the attitudes and approaches of those at the heart of the business. Could social media have broken the Watergate scandal? It seems unlikely.

Bertrand Russell once stated that “it’s a healthy thing now and then to hang a question mark on the things you have long taken for granted.” PAGE ONE shows why it should be a sincere hope of those who value rigorous reportage alongside democratic accountability that rather than hanging a question mark upon them, Generation Z should not be allowed to simply hang the journalism outlets they are now taking for granted.