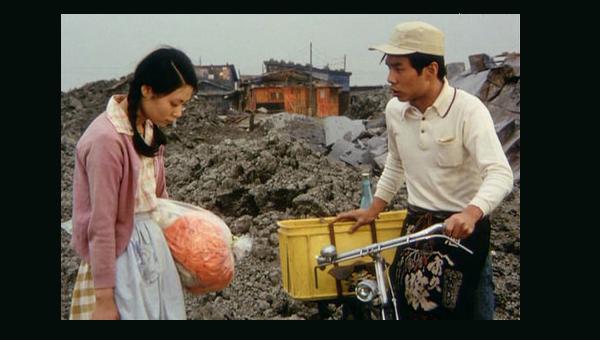 In 2010 the Cambridge Film Festival celebrated its 30th year. A strange fact when you realise that it started in 1977 – it took a few years off in the late 1990s. To celebrate this milestone I interviewed the original programmer David Jakes for the festival publication The Festival Daily in 2010. Owing to time pressure the interview never got published.

To put what follows into perspective local newspaper the Cambridge Evening News was advertising Smokey and the Bandit, The People that Time Forgot, A Star is Born, Steptoe and Son Ride Again and – best of all – Flesh Gordon (!) at the city’s commercial cinemas that week. As L. P. Hartley might have put it: the cinemas of the 1970s were a foreign country, they did things differently there.

David Perilli: What was cinema culture like in Cambridge in the 1970s?

David Jakes: Cambridge had a very very good reputation as a film city. It always did as far as I can remember. You had two or three commercial cinemas and you had two or three arthouse cinemas essentially, and if you put on a foreign film there were enough people in Cambridge. Tourism was nowhere near as busy as it is nowadays but it did attract people.

But I always felt that was fine during term time but in the summertime for two or three months there was always a dearth of films to see. Personally I was involved with the Cambridge University Film Society, and I had a bit of a background in booking films. I thought a film festival would be a good way to get started. An obvious place to do it was the Arts Cinema [originally on Market Passage, closed in 1999].

DP: How did you get involved with the Cambridge University Film Society?

DJ: That 1960 and 1970s era was quite interesting because the barriers between the university to people like me from the town were coming down. I was in there with various people who went on to become quite well known in the media industry. When I first got involved in the film society it was because they needed a treasurer. I was working in accounts at the time, and somebody mentioned it to me.

The first person I actually met was David Hare who was running the film society! In university circles in those days it had a very strong presence. It got visits from Alfred Hitchcock and various people would come because it was Cambridge. Young people were really interested in film. We held screenings in the Lady Mitchell Hall which could take 450 people.

DP: So potentially there could be more people at the film society than there were at the Arts Cinema?

DJ: That’s right, it could be a problem. I remember we did the first screening of a Wim Wenders film which never got screened at the Arts Cinema, The Goalkeeper’s Fear of the Penalty, which may have caused some ripples. The cinemas in those days did take notice about what was being done at the film societies at the university.

DP: How did you make the festival happen?

DJ: Obviously there was a market for arthouse films and of course you had lots of French, German and Spanish students. They had that culture of cinema, particularly in France, so there was an audience there. The Union Society itself was a meeting place for foreign students from all over the world. I could see that if I showed a film I could get an audience.

At the time the Arts Cinema was being run by a man named Eddie Block, and a girl whose name was Clare Holtham. She was the person who did all the background stuff in the cinema and I mentioned to her this idea and she said go and have a word with Eddie Block. He seemed interested but he wasn’t going to do it himself. So he said ‘you’ do it and start booking it, which is what I did.

I started booking the films and he gave us a few weeks. Obviously I didn’t have the experience of the distributors and all that stuff. So between us we got that first film festival put together.

DP: What was the first film you wanted to chase?

DJ: There were a number of films I was very interested in, Visconti, Kurosawa, the first film that we opened the festival with was Dodeska-Den, which is one of the first colour films that Kurosawa made. Another film we had at the time was Conversation Piece by Visconti; Bergman’s The Passion, another early colour film; the Mizoguchi film Chikamatsu Monogatari [The Crucified Lovers]; various films like that. Oh yes, Nagisa Oshima’s The Boy, that was one of the early films which I chased. I used people like Contemporary Connoisseur, that type of distributor. It was the first time I got films from more commercial distributors like Rank. Of course much of that stuff I did through the cinema because Eddie Block had all the contacts.

DP: How did the opening film go?

DJ: It wasn’t a sell-out. I would say that maybe 250 people, probably between a third and a half full. The film did get at least three or four more screenings during those two weeks. And certain films caught on, others didn’t. It was a successful run and they were happy with it in the end.

One of the popular films was a Swedish film by Bo Widerberg which is the Man on the Roof. That was one of the films. I think Oshima’s film Boy was popular. Films with a name did attract an audience. I hate to admit it but one popular one was something called the Bad News Bears!

DP: Do you have any major memories from the first festival?

DJ: My main memory is that we actually organised a kind of opening festival party at Emmanuel College and the festival itself received no funding from anybody. It was purely a commercial thing by contacting the distributors and agreeing the rates that we paid for the films. It had to pay for itself.

DP: So who was backing this?

DP: If it had made a loss what would have happened?

DJ: I don’t actually know the answer to that. I guess that the cinema, because Eddie Block was obviously taking a risk. But he knew that I had run and organised things and people did come to them. So it worked. I guess it was that they didn’t really have an established summer programme and I guess this seemed as good as anything.

We would show those films two or three times each. People liked it. It built up by word of mouth. Before each film was a series of short films by people like Godard and animations with a character called Mr Rossi. So it was building up a programme. I don’t think there was any chance that it would flop completely. In the end people came along and it did make a profit, about three or four thousand pounds.

DP: But back to the party…

DJ: John Cannon’s [One of the other festival organisers, formerly of Emmanuel College] wife is Polish and my wife is Icelandic, and they ended up making a spread of sandwiches or Scandinavian type food (for an opening film which was Japanese) and essentially we invited friends and contacts and the mayor. The other thing about that party was that we had a contact at the American air base in Alconbury where you could get goods at American prices so our supply of wine which was Californian Red Wine!

DP: Anything you would have done differently with 33 years of experience?

DJ: I don’t think we had any documentary films in the first series. It’s become a bigger part of the festival now but even at that time there was a great space which could have been filled, and when we could have shown some documentary footage because you didn’t get as much on television as you do now.