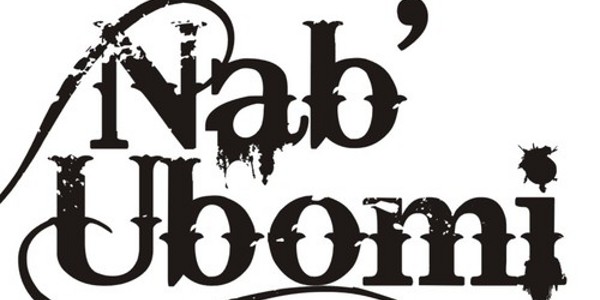 Nab’Ubomi meaning ‘This is Life’ is a South African youth project that goes into schools and helps teach secondary students about media production and development through a short film competition. The project has been running for five years and this programme in the Cambridge African Film Festival only represents a small amount of what has been achieved.

Sisesakhe Ntlabezo’s REDEMPTION AVENUE deals with not just a student dilemma but a universal question. If you don’t like who you’ve become, is it possible to change? Bryce Woollgan and Natalie Haarhoff working together with Ntlabezo make wonderful use of shallow focus that give the film a sometimes voyeuristic quality and there are some great symbolic shots using close-ups of a watch. The limited locations keep things simple and tight and the script, though awkward in places when it veers into dialogue, contains some very well written philosophical musings and beautiful voice-over.

MY WILL TO SURVIVE

The main protagonist of MY WILL TO SURVIVE is called Themba. This is a play on the word in the character’s native language for ‘hope’ and it is a thing that Themba, and the film as a whole, has in bucket-loads. Sinesipho Madikizela’s film follows Themba after his mother forces him to drop out of school because the family can’t afford to send both him and his brother. There is a naivety and innocence to this film that is very heart-warming and a message of the importance of self-determination.

NIGHTMARES IN MY DAYDREAMS

Yamela Mngqabashe’s NIGHTMARES IN MY DAYDREAMS, similarly to MY WILL TO SURVIVE, deals with issues about battling the odds in creating your own destiny. Nomfundo is motherless since birth and is forced by a troubled father to marry someone she doesn’t love, or even know. Amanda Mthonjana as Monfundo, gives a competent and believable performance as the troubled girl and though the narrative seems harsh and a bit too persistent in making Monfundo a victim, it is Mthonjana’s performance that pulls it through.

The revelations of the characters in Pumela Billie’s ETERNAL INSPIRATIONS come quite late in the piece. The film follows a group of young people, each with demons they are trying to overcome. There is the once popular teenage mother who feels compelled to quit her passion for drama for the sake of her maternal obligations and the soccer playing lad struggling with his sexuality and his desire to follow his creative dreams. The positioning of the big reveal of the film may work in a longer piece. However, with the main themes seemingly to be about how tragic circumstance can force you to look at how you are living and whether you are being true to yourself, less backstory and more reflection would have made it a more satisfying watch.

LOVE TRIANGLE by Qaqambe Brukwe deals with young love, friendship and betrayal. Issues relevant globally to teens and will have much appeal for that particular audience because of it. The main character, whose name is never mentioned throughout the film, is very much in love with her boyfriend, Lwazi but she soon discovers that Lwazi is not as wonderful as she first thinks. It is another film about not settling and about knowing who you are and what you’re worth…and to use a phrase a little outdated nowadays, this film has ‘girl power’ galore!

Asanda is a good student hampered by physical circumstance. When a kindly teacher helps her, she is able to excel and triumph. The lighting in the opening shots is atmospheric and sets the action up well and there are some great uses of high angles later on. The story, by Anelisa Mbantsa is simplistic and this makes for a straight-forward and more elegant piece.

TOO FAR GONE by Khanyisa Nonabula is a film about power and powerlessness and plays out almost like a dream. It can be read as a kind of wish fulfilment. It has some very interesting uses of space – the placement of the camera in relation to the chair in the opening sequence is one example – and camera. Luphumzo Jonas, the student credited with the camerawork in this piece, alongside their director and also the editor, should be very proud. There are some very effective artistic shots and close ups that give the film a real tactility and embodied feeling. Sound is used artfully in many sequences, such as teardrops falling on the floor and the footsteps of a dramatic departure. The film is dramatic but does not lose any of its believability due to its dreamlike nature.

Ishke, the main character of the film, SWEET, by Lindl du Preez is an exchange student from Germany trying desperately hard to fit in. The film opens with her being late to morning assembly and this tardiness seems to represent her being out of time with the other characters. Overall, Micaela Pauls plays Ishke as naïve and simpering, needy in her desire to fit in but at one particular point in the film, Ishke seems to shift dramatically and her demands for good manners become menacing. This change is unexpected but adds a kinetic dynamism to the narrative that would be interesting to follow if the film were developed into a longer piece.

For more information about the Nab’Ubomi project, please visit www.nabubomi.co.za. More Nab’Ubomi shorts can be found on Youtube.