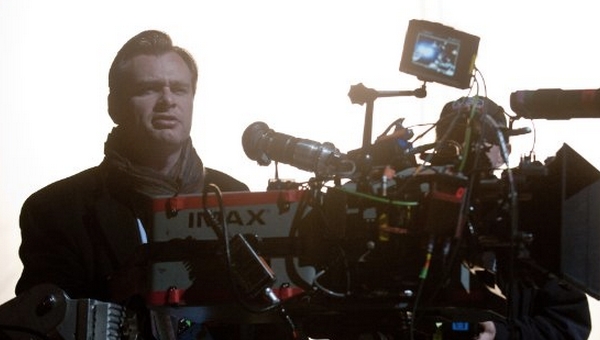 Love him or loathe him, Christopher Nolan has become one of the most successful directors of the 21st Century, with his films grossing nearly $2.5 billion at the worldwide box office and no critical flops to date.

He is now primarily known for his revival of Batman on film with BATMAN BEGINS, and the box-office phenomenon follow-up THE DARK KNIGHT. A franchise he has brought in from the nipple-raising cold and made, arguably, the greatest comic book film series of all time. However, the seeds of what would make his films successful were sown in 2000 with the mind-bending breakthrough thriller MEMENTO. For my money, his second feature (after 1998’s FOLLOWING) is still his best and lends its essence to the best elements of all his subsequent features.

MEMENTO, which follows Guy Pearce’s anterograde amnesia suffering Leonard Shelby, was and still is a phenomenal film. Although noted for its back-to-front fragmented narrative, it’s the questions this structure helps to frame which make the film compelling. We’re asked to question what is real, not objectively or through the influence of external malevolent forces as in THE MATRIX, but almost more disturbingly what influence our own internal motives, not always noble or entirely conscious, have in creating our realities and identities.

For my money, his second feature is still his best and lends its essence to the best elements of all his subsequent features.

Since that release, key elements of MEMENTO – on both a thematic and production level – have pervaded the best elements of his work.

The parallels between Leonard Shelby and Nolan’s incarnation of Bruce Wayne (or, indeed, those comics that inspired the team’s interpretation) are clear to see. Both men are driven by a profoundly traumatic event, dragging them forward and giving them purpose. However, it also serves as a roadblock. Neither man can move forward while their obsessions stand in their way. For both, the question remains as to whether this event really is a driver or instead an enabler. Their chosen quests unleash the more morally shady and obsessive aspects of the characters.

The conclusion of MEMENTO shows Leonard Shelby has – even if he can’t recall it – chosen to construct a reality for himself. To hide from his real pain and give himself a purpose. This is something that has been placed in the murky psychological background of Nolan’s Batman. Never has this concept been more loudly echoed in his other work, though, than in INCEPTION – almost a blockbuster reimagining of some of MEMENTO’s main themes. Although great debate has raged over whether the final spinning top falls or not, this entirely misses the point. Having walked away from it already, Cobb has created and accepted his reality in just the same way Wayne and Shelby have. Nolan’s male leads (the possible gaping hole in his oeuvre is arguably a compelling female equivalent), including Al Pacino’s Dormer in the remake of INSOMNIA, are invariably obsessives living inside their own heads; seeking out their purpose with all-consuming single-mindedness – revenge or redemption.

Nolan’s male leads […] are invariably obsessives living inside their own heads; seeking out their purpose with all-consuming single-mindedness – revenge or redemption.

Nolan’s best work, and the best parts of his comparative failures, comes from attempting to finding a character’s inner obsessive compulsive. THE PRESTIGE is essentially a tale of an obsessive competitive and Hugh Jackman’s Angier is also seeking revenge against Borden (Christian Bale) for the accidental death of his wife. Even if the plot is handily and, perhaps strangely, MacGuffin-ed along by David Bowie, there is a clear thematic link between MEMENTO, BATMAN BEGINS and THE PRESTIGE. The neurosis trilogy, if you will.

Nolan has seemingly remained keen to carry his visual style over to other works, and a key player in this is longtime cinematographer Wally Pfister – first collaborating, of course, on MEMENTO. Throughout his filmography, Nolan’s work has carried a naturalistic feel, as if routed in reality. Of course, this is only an illusionary realism – in reality there is not much in any of his recent work that could be categorised as truly ‘realistic’ – we’re hardly talking Mike Leigh or Ken Loach. Often Nolan’s subjects on the screen can never realistically exist off the screen. Perhaps Pfister’s documentary background helps in this respect. The worlds of the films are a heavily augmented reality, rather than a fully constructed one.

It is a testament to his creative team that he can take a character as patently ridiculous, to a non-comic book audience, as Batman and ground him in some sort of reality – albeit one created in the eye of Nolan and Pfister. The groundwork for this was laid in the twisting tale of MEMENTO. The film makes us believe in the possibility of a man’s continued high-level functioning despite little to no sleep or new memories.

As Nolan’s career has trended to higher and higher box-office receipts the thematic links back to MEMENTO and the fragile mental states of his protagonists have held strong.

As Nolan’s career has trended to higher and higher box-office receipts (which THE DARK KNIGHT RISES will surely continue) the thematic links back to MEMENTO and the fragile mental states of his protagonists have held strong. Whilst Nolan (and of course, his screenwriting companion and brother, Jonathan) may embellish his pictures with layers of plot complexity, particularly in MEMENTO and the cinematic Russian doll that was INCEPTION, his characters’ motivations can often be summed up in one word.

Nolan’s greatest trick is perhaps guiding audiences through stories that appear complex and weighty, but aren’t as heavily so as they appear. This is not to say they aren’t at all, but it is often the construction of these stories – rather than the actual plot premise – that elevates them to a greater level, which is almost entirely the case with MEMENTO.

MEMENTO arguably still stands as Nolan’s best work, and the simplest representation of his interests as a filmmaker. If THE DARK KNIGHT RISES once again takes these elements, and retains a thematic clarity of purpose (with the Nolan Batman’s addition of War On Terror analogies and pretensions of topicality – how successful this has been is open to debate) then it will be a success. The Dark Knight trilogy is a set of Christopher Nolan films before they are Batman films. The caped crusader gets folk in the door, but the formula established in MEMENTO is what has made them stand out.

One thought on “Memento: The Inception Of Nolan”