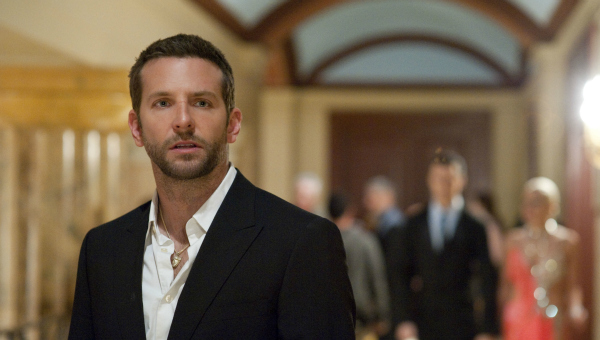 Pat and Tiffany are two very damaged people. Pat is suffering from bipolar disorder and has just been released from a mental health facility after beating his wife’s lover half to death; Tiffany (a wonderful Jennifer Lawrence proving she has more to offer than a husky voice), has been fired from her job after sleeping with everyone in the office, in an attempt to recover from the death of her husband. Struggling to contain his violent episodes, Pat attempts to rebuild his life and win back his wife. Violence, rage, depression and loss: not a winning combination for a romantic comedy, but bear with me.

For at least three quarters of the running time, SILVER LININGS PLAYBOOK is a joy to watch.

David O. Russell has a talent for fusing difficult subject matters. Working from his own script, the tone swerves chaotically for the large majority of the film – but it’s this uncertainty that makes SILVER LININGS PLAYBOOK so enjoyable. The characters are equally unpredictable, but even though it sometimes feels as if they are straying into ridiculous movie-land caricatures, Russell snaps it back into place, challenging our emotions.

For at least three quarters of the running time, SILVER LININGS PLAYBOOK is a joy to watch. It’s during this period that it never feels conventional. Shot mostly on hand-held, the first opening scenes show no easy resolution. At one point Pat tries to find his wedding video at 3am. As he starts to lose control, what was originally an amusing scene becomes an intense fight between father and son. It’s a comedy about mental illness that never shies away from the harsh realities.

This is largely due to the accomplished cast. Bradley Cooper, officially the sexiest man alive, dials down the movie star charm to give his best performance to date. It’s obvious from the moment that he meets Tiffany that his goal of reuniting with his estranged wife is never going to be on the cards, so it’s to his credit that he makes us believe it is.

There are also stellar performances from the supporting players. Robert De Niro gives his best performance this century, using method tics and working man vulnerability to squeeze a few tears from the audience, and Chris Tucker, emerging from self-imposed retirement, manages to give a performance that doesn’t annoy from the word go. It’s a cast that gives equal worth to the dramatic moments as they do to the comedic.

Happy endings are not a crime…

It’s just a shame that it falls at the final hurdle, complying to romantic convention. But then again, where else is it supposed to go? Happy endings are not a crime: it’s just the manner in which they are presented that makes a difference. After watching the jagged edges confound expectation, it was bound to round off with a neat bow. But for the majority of the film, it’s a spiky mess of conflicting emotions, and that is something to be applauded.