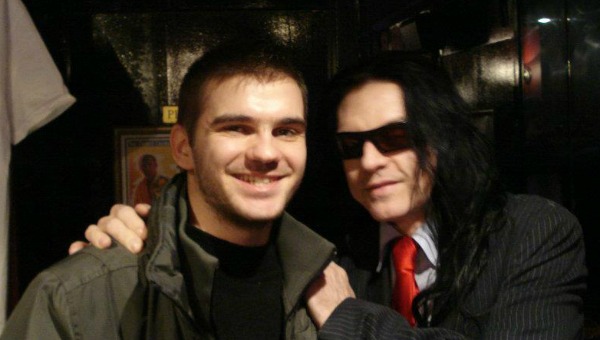 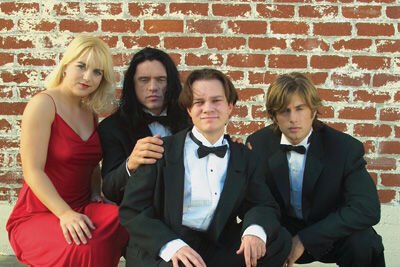 Some of you might have heard of THE ROOM. Some of you might have seen it. Most English student film associations play it at least once a year, and there are monthly screenings in London, plus less frequent screenings in British cities. Even though the film came out in 2004, it has been screened continuously all over the World ever since. What exactly has enticed audiences from all over the globe to view this film again and again (a girl at the Cambridge screening a couple of years ago was seeing it for the eighth time)?

Well, this unique piece of cinema has been granted the distinction of being “The CITIZEN KANE of bad films”. From story to acting, from dialogue to directing, there is little that would make any audience member even consider that this is for real. But the beautiful thing is that it is. Tommy Wiseau, the writer, producer, executive producer, director, head of the distribution company and main actor of this film, has created a mind-numbingly unforgettable piece of art with the most serious intentions.

The story (which, according to the trailer, has the passion of Tennessee Williams) follows a banker named Johnny (Wiseau) whose perfect life is threatened by an impending betrayal by his fiancée and best friend. A dramatic story with love, sex, drugs, throwing a football around while wearing a tuxedo, culminates in the most hilariously tragic of endings. Forget PLAN 9 FROM OUTER SPACE, this is the bad movie you have to see. And the perfect place to see it is The Prince Charles Cinema in London, where screenings are held monthly (the next one is on the 22nd of March).

Just as THE ROCKY HORROR PICTURE SHOW and other films have singalongs and quote-alongs, this gem has make-fun-of-the-movie-as-much-as-you-can-alongs. People drink scotchka, throw plastic spoons, quote lines, point out plot holes and generally make for a fun movie experience. The February screening was a special one, though, because for the first time in the UK, Tommy Wiseau himself (who, in the meantime, has made a career of attending screenings) was present. And I was granted 10 minutes with this bizarre, yet very friendly man.

MK: Have you been here before?

TW: So let’s start the interview. You may ask whatever you want, no restriction. But you may not get an answer.

MK: That’s fair. [Tommy laughs] So you said that THE ROOM started out as a book.

MK: So why did you decide that the visual media would the best one to present your ideas?

TW: Well, in the beginning was that the … you know I studied film, theatre, whatever. And I said, you know, it would be nice to build a play. That was the original idea. But then I discovered by research, you know … I don’t know if you know about America, but we have less people go to the play theatre than the regular theatre.

TW: So you know what, I said, “I’m writing a script”. Of course it was very difficult because you know you have to pay rent et cetera. It’s a different style and the people can only see two weeks. So you know what, no, I have to do the script. So I wrote the script and decided to make a movie. And that’s the story. Very simple. [Tommy laughs] 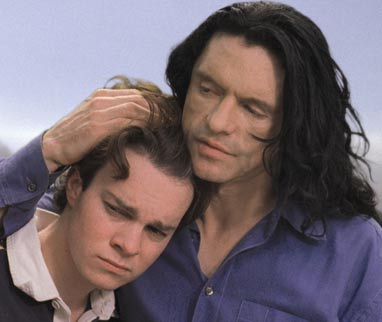 MK: I read that the book was fairly long, around 600 pages.

MK: Just in America, or are you planning on publishing it…

TW: No. No. We publish in America, we see what happens. Probably spread all over because right now … none of you know. But just for your info, or your readers’ info, that THE ROOM, we screen all over the World. Here UK, Canada, Australia, New Zealend, Denmark, and is coming other countries as well. So just spread out, people play football, have fun, whatever. At L.A. University, for example, we have many screenings, Berkeley, I don’t know if you’re familiar with Harvard.

MK: There was a screening in Cambridge, that’s where I saw it. It was one of the most amazing cinema experiences I have ever had.

TW: Yeah, you should write about it. That’s what you should write. You could interview the fans. Don’t believe what you read online sometimes. You can contact directly to us, like you do it now, you may ask any question you like. So we are very thrilled. Like here in the UK, you know, they been screening like two and a half years or so. Very successful. This was the second country in the world to actually screen THE ROOM after America.

TW: Yeah. The Canada was first, and then UK.

MK: But going back to what I started earlier, don’t you feel that condensing, since you went from eight hundred pages to 99 minutes [the length of the film] would detract from your…

TW: Well yeah, you see THE ROOM is a little choppy in the sense that I put so many different elements, like the drugs and relationship et cetera. So the condensed of the 99 minutes, that’s the form of the feature movie based on the Hollywood standards.

MK: And don’t you feel it was too little for what you wanted to say?

TW: Well, that’s what I was working with, so you have to adjust. You know my background is in stage and acting. So you decide as a producer and director what you want to put in. Yes, it would be ideal, I appreciate your comment. You can do three, four hours but what the costs would be, you know. So we have certain format, you know … in the film industry. Of course you could do two hours movie, but the cost would be …

MK: Really. I’ve read you were the first one to use both cameras.

TW: Yes, we were actually the first one in the entire world using both formats at the same time, also as a standard feature movie. […] We’re very close to the standard, you know, film, you know, depth of film etc. But is not the same. Never will be the same. But the good news is that today industry, film industry, they’re shooting to save money on the HD Camera, or Direct Camera they call it, and transfer to 35, so a beautiful project. But then you go back to digital again because you want to screen in some theatres 35mm digital. It’s like, go backwards this way and that way.

MK: And what’s going on with Mr. Wiseau right now? I know you’ve pitched a sitcom and you are doing a play based on THE ROOM as well. How is all that going?

TW: Well THE NEIGHBORS, they approve. One of the TV networks approved one episode. So we decided shooting starts March this year, fifteen episodes. And we try to put online first before we put on TV, because we cannot work on one episode, it doesn’t make sense. That’s not enough, you know, for me.

MK: Are you working with the same people I saw in the trailer that you have on your site?

TW: No. Actually will be new people. We are casting new people. Couple of them will be the same, but we are casting new people. But you know, you can send us e-mail. Tell your readers to contact us. I did the show Tommy Wiseau and I noticed a lot of people actually watch online. So that’s why we actually will probably first do online THE NEIGHBORS. But the premiere of THE NEIGHBORS will actually be in the theatre, believe it or not. All the theatres across the world. You will have a teaser like thirty-five maybe one minute and then we have a half-hour show, with connected to THE ROOM together. That’s the idea that I have in my head right now.

MK: THE ROOM turned out quite successful. Since it was made, it has been playing continuously around the world, monthly in London for example. Did you expect this success?

TW: No. I’m honest. Well the success in the sense, the idea that I had in the beginning, I make a movie, people see it one time, and I make another movie. We submitted it to the Academy Awards, I don’t know if you knew. Academy Awards?

TW: We submitted it there. Golden Globe Awards as well. And others. We got a nomination. Not nomination. Sort of. At the New York Festival, Audience Awards. But I did not expect to answer your question. I put a nice billboard, I wanted people to see it. Now it’s different level I guess. People like it. 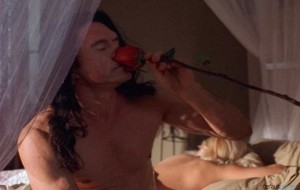 MK: Do you think that since the movie had such a success, which you didn’t expect, and now you are touring with it, you are losing time and energy you could have invested into other projects?

TW: Oh my. Let me shake your hand. That is a very good question. My God. You are absolutely correct. But you see, I’m stubborn guy, I don’t want this movie be on the shelf. We have a company, we call shark in America, which like to distribute the movie. They saw the project and say we don’t do this thing and say, “Tommy if you want next time, let us know”. And now the same people come to me and say maybe we can do something, but I say no, it’s too late. You see, I already did the groundwork they call it, we distribute ourselves, or a subcontractor, whatever, we are comfortable where we are now.

But yeah, to respond to your question again, because I’m touring, because people want to see with me, want to have fun, whatever, I like that. But it take a lot of time, but I like it, because we are promoting more. People are aware. You know in London we have ten shows sold out, it’s a real thrill, it’s really cool. I love it. I like to travel. Absolutely. We actually go to Chicago after that. And I’m fully booked till December. If you go the website www.theroommovie.com you can see all the schedule.

MK: Thanks. And good luck tonight.

Check out this online review by The Nostalgia Critic for a closer look at THE ROOM.

One thought on “Tommy Wiseau talks to Take One”