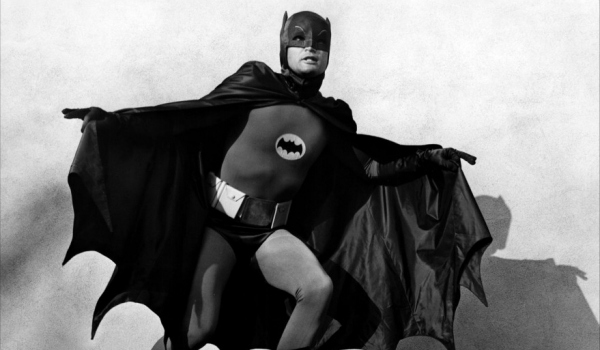 If Christopher Nolan’s phenomenally successful adaptations of DC’s enduring caped crusader have taught us anything, it’s that some characters belong in the shadows. Cinema audiences just can’t seem to get enough of Batman, the darkest of superheroes. In the two film franchises he has starred in so far – Nolan’s ‘Dark Knight’ trilogy, which concludes this month, and the original series begun by Tim Burton back in 1989 – he’s been at his most popular, and best, when literally and figuratively shrouded in darkness. Indeed, so successful was he that for years it seemed as though the only comic-book adaptations that could generate success at the box office were those whose central characters were either as morally conflicted or as psychologically scarred as Bruce Wayne. Yet the difference between these two approaches is vast: night and day, you might say. There are different flavours of dark, and, as successful as the current Batman series has been, a change of direction might now be in order.

Recently, Marvel Studios has proved that not every superhero needs to be sombre and moody. Sam Raimi’s SPIDERMAN trilogy is light, fun and financially successful. Earlier this year, the emphatically un-dark THE AVENGERS also cleaned up at the box-office. Journey back to 2000, though, and it was all very different. With the Batman series on ice, and the new Superman film languishing in development hell because nobody could figure out how to make him “dark”, Bryan Singer’s X-MEN kick-started the current superhero blockbuster vogue by focusing on their mutant heroes as a metaphor for people outcast from a prejudiced society, whether through race, colour or sexual orientation.

… it’s perhaps not too surprising that the storylines are largely driven by global politics and economic woes.

This real-world mindset – with comic-book stories used as a vehicle to explore deeper aspects of the human condition – informed BATMAN BEGINS to a large extent, staying equally as dark as Burton’s Batman but in a very different way; less overtly stylistic and gothic, and far more grounded. It is probably the least fantastical superhero series ever made. Nolan, along with writers David Goyer and Chris’ brother Jonathan, have been careful to root everything in their Batman trilogy to situations in the world around them.

Given the current global financial climate, it’s perhaps not too surprising that the storylines are largely driven by global politics and economic woes. In BATMAN BEGINS, Wayne’s millionaire parents are killed by a destitute man driven to crime in order to survive Gotham’s financial depression. Economics is referred to as a weapon used by The League of Shadows to topple civilisations that have become riddled with crime – a veiled reference, perhaps, to sanctions used against perceived enemies of the West. And it is the profiteering interim CEO of Wayne Enterprises, played by Rutger Hauer, who inadvertently brings about Gotham’s doom by dabbling in the arms trade, allowing a hi-tech weapon to fall in to the hands of villain Ra’s al Ghul.

… do the ends justify the means?

In THE DARK KNIGHT, the Joker (a magnetic Heath Ledger) is a self-proclaimed “agent of chaos”, an anarchist who wants to “watch the world burn”, Alfred (Michael Caine) suggests – tapping in to middle-class fears of violence committed purely for the sake of violence. Batman’s illegal rendition of a Chinese national from Hong Kong to stand trial in Gotham, while intended as an act of justice, nevertheless breaks every rule of international diplomacy, just as many argue America’s invasion of Iraq and Afghanistan did a few years earlier. Topical questions about freedoms of the individual also arise. Batman’s solution to tracking down the Joker involves monitoring every single mobile phone in the city. He ends up destroying the technology once his quarry has been found, but again the question is asked: do the ends justify the means?

Nolan’s grim portrait of Gotham City has been a fascinating and, paradoxically, enlightening experience; uniquely intelligent and entirely valid. But as the closing chapter of his trilogy arrives, can it be sustained much longer? Should it? Is it time for a different perspective on the Dark Knight – one that brings back some of the fun? Yes, Batman can be fun too, though film-goers may struggle to remember that such a time did once exist.

THE QUEST FOR PEACE was released in cinemas to audience derision.

Let’s go back to 1989 again. It was the staggering box-office success of the Tim Burton’s BATMAN which gave rise to the “dark = dollars” theory in the first place. Burton’s adaptation set the template for the superhero genre for years to come. Just as Nolan’s BATMAN BEGINS rescued its parent company DC from Hollywood obscurity and resurrected one of its most iconic characters, so too did Burton’s film. In 1987, the fourth and final movie in the original Superman sequence, THE QUEST FOR PEACE, was released in cinemas to audience derision. Its cheap production values and tired plotting appeared to leave the superhero movie – which had been proven not only as a financially viable entertainment but also an artistically worthy one by Richard Donner’s original entry – dead and buried.

… you couldn’t move in 1989 without seeing THAT logo on a t-shirt or poster.

But audience appetite for a different sort of hero lingered on. Batman has often been described as the yin to Superman’s yang; the flip side to the latter’s optimistic creed of ‘truth, justice and the American way’. With Superman dead at the box office, Batman’s time had come. In many ways, you might call BATMAN the first real movie of the nineties: more twisted and introverted than other Eighties blockbusters, it set the tone for the decade to come. This was especially true when it came to the film’s Blitzkrieg marketing campaign: you couldn’t move in 1989 without seeing that logo on a t-shirt or poster.

Tim Burton has always been a filmmaker that rejoiced in the gloom, so Batman was a natural fit. Even so, his version of the caped crusader was one that took many by surprise. Up until then, the average cinema-goer’s memory of Batman was the 1960s camp-tacular TV show starring Adam West. The decision to – shock! – drop Robin and the one-liners and focus on the  tormented nature of character must have seemed radical. Of course, for long-term comic-book fans it was nothing of the sort.

Inspired by the likes of Frank Miller’s epic “The Dark Knight Returns”, Burton placed Batman (played by cast-against-type Michael Keaton) in a noir-inspired world of gothic industrialism run amok: a blend of cinematic and literary influences that deliberately evoked a variety of eras. The Joker (a gleeful Jack Nicholson), dressed in a 1940s zoot suit, listens to Prince songs as he graffitis an art gallery. Combined with Burton’s trademark visual style, heavily influenced by German expressionism, it’s little wonder it took the world by storm. No real-world issues intrude here: Burton deliberately keeps reality at arm’s length, and the film is all the better for it.

For the inevitable sequel, BATMAN RETURNS, Burton turned the world of the Caped Crusader into a demented fairy tale, as The Penguin (Danny DeVito) and Catwoman (Michelle Pfeiffer in that outfit) emerge almost supernaturally from the depths of Gotham City. Faithful to the comics they were not, but Burton had fashioned his own beautifully twisted version of Batman’s world. With its bizarre sexual undercurrents and predominant monochrome, BATMAN RETURNS could lay claim to being one of the most subversive mainstream movies of the 90s.

After RETURNS Burton jumped ship, passing the torch to director Joel Schumacher for BATMAN FOREVER. Far lighter in look and tone, Schumacher ditched the freakiness and went for garish neon instead. The psychological traumas that afflicted Burton’s characters were pushed to the background in favour of more family-friendly action scenes, and boy wonder Robin (Chris O’Donnell) finally made an appearance. It was noisy, superficial, silly, and a resounding financial success. This encouraged Warner Bros to go further down the same road with BATMAN & ROBIN: a gaudy, truly obnoxious piece of work that bombed at the box-office and was so poorly received it killed the franchise stone dead. That is until Nolan got his hands on it, of course.

Where Nolan strives for grounded human drama, Burton (and to a lesser extent Schumacher) aimed for dramatic comic-book escapism. Rather than competing to be the definitive adaptation, the two approaches complement each other beautifully. Neither is “right” or “wrong”, they are simply two different interpretations. The fact that Batman can be perpetually re-interpreted is the very reason he has survived for so long, and why he is certain to reappear once again after Nolan moves on to pastures new. But now we’ve had the serious, “realist” take, there is an opportunity to take Batman in to different territory; one perhaps more closely-aligned with his comic-book roots, or at least more closely inspired by it, without lapsing in to Schumacher-esque camp again. The definitive Batman movie, if such a thing can exist, is still waiting to be made.

One thought on “Who's afraid of the big black bat?”