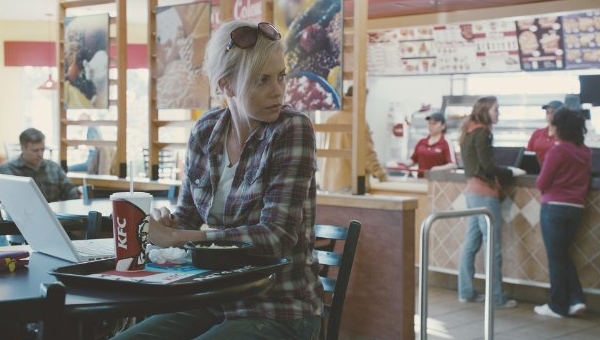 YOUNG ADULT is a peculiar beast. Marketed as a comedy, it is in fact anything but. A strange concoction of flavours, blended together to make one the darkest films of the year. Besides, anyone that finds it funny has serious issues.

After the resounding success of UP IN THE AIR it’s only natural that Jason Reitman should suffer his first failure. His previous film showed a growing maturity and lightness of touch that pointed towards a masterful filmmaker. Unfortunately, it’s as if Reitman is lost. He never manages to achieve the correct balance between the scripts darker tones and, although it is supposed to be a comedy, it’s not particularly funny. Most of the laughter is derived from savage attacks on the less fortunate.

It’s the script where the problem lies: unrelenting and uncompromising but lacking in direction. Diablo Cody has fashioned a vicious attack on high school popularity but, much like the director, isn’t entirely sure where to take it. She has invested heavily in Mavis Gary but completely forgotten about the supporting players. It’s perfectly fine to hang a story around one lead protagonist but you first need something to hang.

Mavis Gary is a fascinating character. She is one of the most deplorable creations in cinema history.

But Mavis Gary is a fascinating character. She is one of the most deplorable creations in cinema history. How is an audience supposed to connect with woman with a complete lack of moral center and hell bent on ruining a harmonious marriage? She is devoid of regard for those around her and expects help when she needs it. This is a character to pity and Charlize Theron does a wonderful job.

A narcissistic, self-involved, borderline alcoholic train wreck isn’t the sort of character audiences usually gravitate to but Theron gives a thoroughly nuanced performance, revealing the hidden tragedy of high school dynamics. To feel sympathy for such an unlikeable character can only highlight your own faults as a human being. The worrying thing is that there are moments Theron manages to elicit heartbreaking pity.

What should be a knockabout black comedy instead becomes a study of a once popular woman going through a mid-life crisis and never achieving a resolution to her problems. Reitman may never tie his films with happy endings but in the case of Mavis Gary, it would have been a relief.