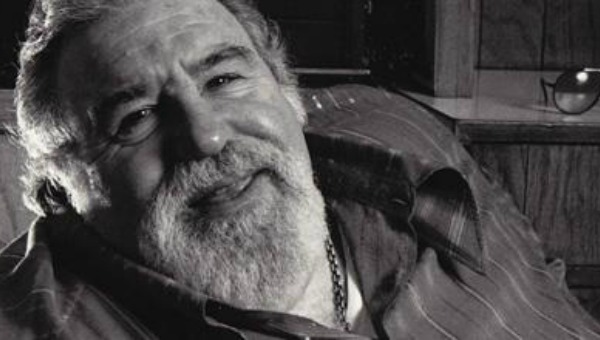 A hi-hat and horns introduce Jerome Felder, who explains: ‘To be a successful songwriter, you have to write songs… there is some kind of terrible force’ that drives a true artist onwards. Felder, A.K.A. Doc Pomus, was an authority on the subject (he was the author of over 1,000 tunes, many of them now standards), and is the subject of a new, thrilling and life-affirming documentary.

Pomus had a difficult upbringing: born to a struggling Brooklyn Jewish family in 1925, he contracted polio at a young age, and lost the use of his legs for the rest of his life. Despite unlikely circumstances, he forged a legendary R&B career, and became the first non-African-American to receive the Rhythm and Blues Foundation Pioneer Award in 1991. First getting up on his crutches to sing in nightclubs, Pomus recorded as a singer in his 20s, before becoming key songwriter at the iconic Brill Building on Broadway in the late 1950s. There, alongside long-time collaborator Mort Shuman, he wrote a string of classic pop records.

The hits, which come thick and fast, are a major reason to see the film: Ray Charles’ ‘Lonely Avenue’, Elvis Presley’s ‘Viva Las Vegas’, Andy Williams’ ‘Can’t Get Used to Losing You’ and The Drifters’ magnificent triumvirate: ‘Sweets For My Sweet’, ‘This Magic Moment’, and ‘Save the Last Dance for Me’ are deployed to perfection in the telling of Felder’s remarkable story. Another draw for music lovers will be the opportunity to take a journey through different eras of popular song. Pomus has impeccable credentials, from the pared-back blues of his influences, Joe Turner & Jimmy Scott, to the later Rock & Roll of the people he knew: Presley, John Lennon, and Phil Spector.

It seems not all great artists have to be difficult primadonnas.

The format cuts slickly between posthumous interviews and an array of professional recordings and family video of the star, offering a cogent and engaging narrative. Pomus’ own songs, of which there seem to be one for every occasion, soundtrack a remarkable life. While the interviewees are a roll-call of 20th century musical success, it is his immediate family’s voices which really resonate: his brother, children, girlfriends, and even ex-wife all have more than kind words to say about a larger than life character. The stars, including Ben E. King, Gerry Geffin, and Dr. John (Lou Reed narrates via Pomus’ notebooks), seem to have seen the songwriter as a friend as well as a colleague. It seems not all great artists have to be difficult primadonnas.

At its best, like its hero’s greatest hits, A.K.A. DOC POMUS transcends generic bounds to touch on many shades of life: childhood difficulty, loves, heartbreak, money and legal troubles, loss of all kinds, humour, and a search for satisfaction. It can be recommended for all who want to hear great music while seeing an inspiring man celebrated without too many dewy-eyes. The viewer is advised to sit through the credits, in which Pomus’ friends and family perform a disjointed version of one of his best-loved songs: ‘Oh I know, that the music’s fine, like sparkling wine, go and have your fun…’

A.K.A. DOC POMUS screens at 9.00 on 23 Sep at the Queen’s Theatre, Emmanuel College. Seating is general admission. Click here to book tickets.