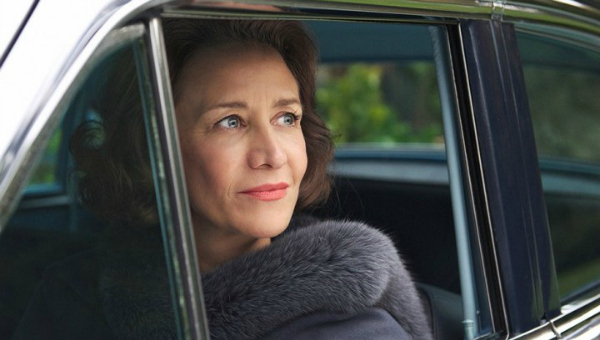 HANNAH ARENDT was one of the foremost thinkers of the twentieth century, a political theorist who rejected the label of philosopher and defied easy categorisation in her published works. This biography focuses predominantly on the period in the early Sixties when she became affected by the capture by Mossad and the subsequent trial in Israel of the Nazi war criminal Adolf Eichmann. Arendt approached the ‘New Yorker’ with a view to documenting Eichmann’s trial and subsequently produced a series of essays entitled ‘Eichmann In Jerusalem’. Arendt coined the expression “banality of evil” within the essays when referring to Eichmann’s defence of his actions, an assertion that was taken by some as a defence of Eichmann, while many others in the Jewish community took offense at other statements Arendt had made. The film attempts to address the controversy surrounding the publication of these essays, and to understand Arendt herself.

Although set predominantly around the time of the Eichmann trial, HANNAH ARENDT is interspersed with flashbacks to an earlier point in Arendt’s life when she formed a relationship with her teacher Martin Heidegger, himself a well-renowned philosopher until his association with the Nazi Party. Despite various contemporary accounts describing Heidegger and Arendt’s relationship as stormy and tempestuous, the film gives little indication of any great passions between the two, more a meeting of minds. The audience is left to infer what effect Arendt’s relationship with Heidegger may have had on her thoughts and actions, whilst also seeking to understand the role of her husband Heinrich Blücher in guiding and moderating her work. However, the human effect of these flashbacks to an earlier time is compromised by the need to show Arendt deep in thought prior to each sequence, and while the intent may be to emphasise Arendt’s internal processes, the net effect is more distancing than profound.

This is a film populated with deep thinkers, academics and journalists, but only a few express their passions believably.

The film is set in a washed-out New York of the Sixties, the sets and costumes for the most part in autumnal tones of olive and sepia, in sharp contrast to the sun-drenched brightness of Arendt’s occasional visits to Israel. Director Margarethe von Trotta maintains a deliberately steady pacing, and her script (written in conjunction with Pam Katz) contently positions Arendt as a prominent thinker without delving too deeply into her earlier works on totalitarianism. Arendt’s brief period in a detention camp in Nazi-occupied France is also regularly alluded to but never shown, von Trotta preferring to focus on the present than on the past, but this unfortunately results in a dry, airless tone for long stretches. Arendt, as portrayed by Barbara Sukowa, depicts a steely determination to have her thoughts and intentions understood, but despite an emphasis on her ideological grandstanding in her own defence, there is not a great deal about the film or Sukowa’s performance which feels as if it truly penetrates Arendt the person.

HANNAH ARENDT is a film populated with deep thinkers, academics and journalists, but only a few – such as Janet McTeer’s Mary McCarthy – express their passions believably. The film succeeds up to a point in evoking the depth-of-feeling of those who suffered both during and after the Holocaust, especially in its direct use of archive footage of Eichmann’s trial, but it is only in the final stretches that this French-Luxembourgian-German production truly comes to life, as Arendt’s thorough defence of her stance in a lecture takes on the feeling of a courtroom drama with Arendt’s very reputation at stake. Other than that, HANNAH ARENDT may be a useful primer for those looking to learn more about the life of one of Germany’s finest minds, but is only partially successful in understanding what drove Arendt or what her motivations may have been.

One thought on “Hannah Arendt”