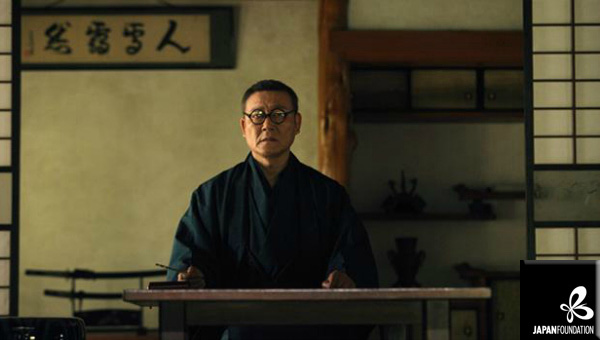 The word ‘Kaidan’ or ‘Kwaidan’ may be familiar from the famous film of that name made in 1964 by the director Masaki Kobayashi. Kaidan, however, literally just means “ghost story”; so although it works to a similar portmanteau format consisting of three short films, KAIDAN HORROR CLASSICS is not so much a remake as the latest entry into a genre where Japanese cinema has been so successful and influential of late.

Commissioned by the NHK television station, KAIDAN attempts to put a more reflective spin on the traditional ghost story by engaging noted writers and film directors who might not normally work in this genre. The use of the term “horror” in the title might be a bit misleading, then, but the three films nonetheless unite the diverse talents of Shinya Tsukamoto, Sang-il Lee and Hirokazu Kore-eda to surprisingly effective results. A fourth film – THE ARM by Masayuki Ochiai – was also made for the series but, in a way that parallels the fate of Kobayashi’s KWAIDAN, that’s been dropped in order to compile a film of suitable length for theatrical showing outside of Japan.

Directed by underground shock-horror director Shinya Tsukamoto (TETSUO, BODY HAMMER), THE WHISTLER benefits from the contrast in matching the director’s edgy filming technique with a more reflective ghost story written in the traditional style by Osamu Dazai. Yuko (Aoba Kawai) has devoted herself to looking after her terminally ill younger sister Itsue (Eri Tokunaga), who has been given only a hundred days to live. Yuko is in love with a boy who has gone to fight in the war, but the memento she left with him has been taken back by her father, who disapproves of the boy as a suitable match. When Yuko discovers a bundle of letters sent to her dying sister, by an anonymous man who signs with the initials M.T., it sets off an emotional conflict within the young woman that leads to a series of disturbing nightmares.

Despite the subtle psychological exploration of Yuko’s state of mind and the fairly traditional ghost story themes that are reminiscent of the Lafcadio Hearn tales so enormously influential on the genre, Shinya Tsukamoto adopts an approach that is quite different from the colourful theatrical sets and the lyricism of Kobayashi’s KWAIDAN. He employs the now familiar style of underground filmmakers, using a restless and jumpy handheld camera to keep the viewer on edge even as the story delicately unwinds. Other familiar images such as nightmare figures crawling across the floor prove just as creepily effective and in keeping with the nature of the story here, never resorting to cheap jump-cut scares.

If it were set in the present-day, the story of a priest with a 5″ long nose would be the subject of a Channel 4 documentary…

If THE WHISTLER relates its horror drama through the probing of a state of emotional and mental imbalance, Sang-il Lee’s THE NOSE turns towards that other staple of the psychological horror (ironically, one that one would think more suited to Tsukamoto’s usual subject matter) in the nature of physical deformity and body-horror. If it were set in the present-day, the story of a priest (Yutaka Matsushige) with a face hideously deformed by a 5″ long nose would be the subject of a Channel 4 documentary or a case for ‘Embarrassing Bodies’, but set during the Heian era (it’s significant that all the stories in KAIDAN are set in the past), religion and superstition are brought into the equation to rather more unsettling effect.

The supernatural element of the story, written by Ryunosuke Akutagawa, derives from the twist in circumstances as well as the body-horror elements. The priest, a wandering outcast wearing a cloth mask to disguise his deformity, is called upon by superstitious villagers to pray for the recovery of a boy who is believed to have drowned in the river. To the shock of the priest – since the boy’s drowning was in part due his reaction to the priest’s nose  – the boy comes back and appears to be very much alive. Regardless of the period or the setting, THE NOSE recognises that there is still a fascination for the afflicted. Go on, admit it – you’re intrigued to see just how horrible the nose looks. Like the best horror stories, THE NOSE probes those hidden fears and prejudices and reflects them right back at us.

Hirozaku Kore-eda’s THE DAYS AFTER, written by Saisei Murou, also relates to very real human feelings that only heighten its impact. It’s a revenant story and thus derived from a sense of bereavement, loss, sadness and reflection. The fact that the revenant figure is also a young child makes this material perfectly suited to a director like Kore-eda (AIR DOLL, I WISH). And it shows. By far the strongest of the three tales, Kore-eda’s delicate handling of the sensitive situation serves to make the underlying psychology all the more disturbing and even faintly creepy.

Even though they have a new baby, the death of their firstborn child when he was only one year-old still has an acute affect on a young couple. The father (Ryo Kase) visits the grave site regularly, and he often believes he sees the boy, or a boy who he imagines would be the same age now as his son, out of the corner of his eye near the site of the grave. One day, the boy follows him and returns home to the joy of his mother and father, but both the parents and the dead boy can’t help feeling that there’s something wrong with the arrangement.

Like the other directors in the series, Kore-eda uses familiar tricks employed in horror movies but finds new and meaningful ways to employ them. Figures emerge out of the background, or the edge of the frame, not to make you jump but to show how the deep emotions associated with loss and bereavement can terrifyingly creep up on you. Suggestion and unspoken allusion play their part, but they are integrated fully into the framework of the story, the power of imagination reflected in the nature of the father being a writer. One of the books he has written about his search for his birth-mother is highly acclaimed, but the writer confesses to his editor that it was purely a work of fiction work. His ability to write so well on the subject, however, reveals just as much about this deep personal feelings and sense of abandonment as an adopted child. These are dangerous and damaging thoughts, and THE DAYS AFTER weaves them brilliantly into an intense little story that is as deeply moving as it is unsettling.

Once Upon a Time in Japan

Reinventing the Past Through the Eyes of Japanese Contemporary Filmmakers

Marking its 10th anniversary, the Japan Foundation Touring Film Programme looks back into the past through the eyes of contemporary filmmakers. Touching upon a trend prevalent in recent Japanese cinema, this season showcases a series of works from directors including Takashi Miike, Sunao Katabuchi, Hirokazu Kore-eda and Isshin Inudo, who all share the same aspiration to reinterpret and relive moments of times gone by through a variety of genres, styles and tones. The programme began on 1 February 2013 and its nationwide tour runs until 27 March 2013.

One thought on “Kaidan”