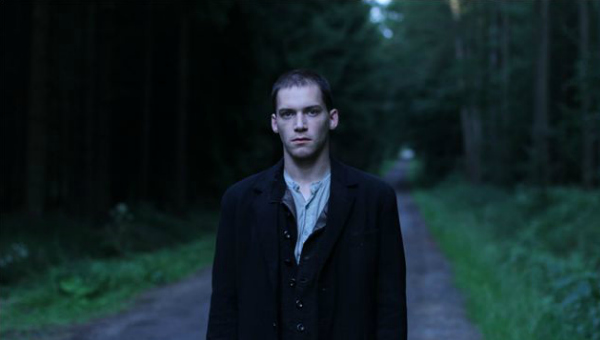 Over the past decade, Germany has produced a wealth of fantastic films which put a human face on the country’s troubled recent history, from Hitler’s last days (DOWNFALL) to the Stasi’s invasive surveillance of East Germany (THE LIVES OF OTHERS) to the difficulty of adjusting to a post-totalitarian world (GOODBYE LENIN). And while LORE doesn’t reach the dramatic heights of the aforementioned titles, it is still a commendable film that takes a very personal approach to dealing with a complicated part of history.

LORE follows a group of refugee Nazi children, left by their parents who are being hunted for war crimes, as they try and find solace at the end of the war. Led by eldest sibling Hannelore (Saskai Rosendahl), the five children must make their way from their Black Forest home, across occupied land, to Hamburg in the north where their grandmother lives. Their journey through the post-war countryside is complicated by the arrival of Thomas (Kai Malina), a young Jewish man who helps them through the semi-lawless wilderness, but who may not be all that he seems.

…just as the rules and ideology of the Reich are slowly rotting away, so too are the decomposing bodies…

Director Cate Shortland takes a very immediate and personal approach to the story, focusing solely on the children’s flight and not on the wider war around them: the horrors of conflict are only seen through the destruction that is left behind. Cinematographer Adam Arkapaw creates a fantastically brooding atmosphere, and has a particular skill with extreme close-ups. The film features recurring shots of hands and fingers, often dirtied and bloodied,  stroking, grabbing and touching their surroundings: a clever cinematic technique which evokes a child’s curiosity of the world, and the need to reach out and grab it. Everything feels tactile and close, even when the action takes place in wide open fields or rolling countryside. When the children discover a body in an abandoned farmhouse, the camera lingers on a swarm of ants crawling on the woman’s thigh, rather than allowing the viewer to see the full picture. It’s an effective way of highlighting the immediacy of decay that the aftermath of war brings: just as the rules and ideology of the Reich are slowly rotting away, so too are the decomposing bodies.

…the plot feels episodic, disjointed, and it doesn’t reach the emotional heights that it could have…

Equally impressive are the two young leads, Rosendahl and Malina. The chemistry between them is muted, subtle and intriguing, although there is a feeling their relationship could have been developed further. Ursina Lardi is also very good as Lore’s cold, authoritative mother. However, she only has limited screen time in the first act and it is up to the capable young actors to carry the film. Sadly, while the acting and technical skills on display are impressive, the film suffers from having a thin story that never really kicks into gear. The plot feels episodic, disjointed, and it doesn’t reach the emotional heights that it could have. This results in the final act feeling cold, unemotional and detached. Perhaps this was the point, to convey how the children have gradually become desensitised to the horrors around them; but it does make for frustrating viewing.

Our thanks to the Gate Picturehouse in Notting Hill for providing a review slot for Liam.