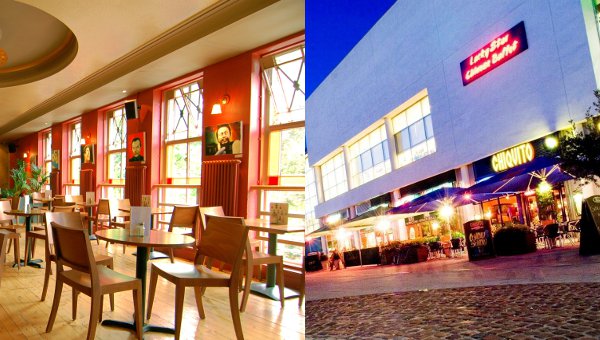 This morning the initial findings of a much anticipated Competition Commission report were published, regarding the aftermath of the Cineworld acquisition of the Picturehouse chain. The Commission were initially concerned about the lessening of competition in a number of areas. Some have been ‘cleared’ so to speak, but one place that wasn’t is Cambridge (along with Bury St Edmunds and Aberdeen).

The recommendations have caused alarm in Cambridge, and I think it is for very good reason. Before we begin, however, there needs to be a shelving of snobbery towards the Cineworld outlet in Cambridge. I am a frequent visitor to Cineworld, and given the comparatively miserable multiplex experience offered by VUE Cambridge their presence is very welcome. Although it is the acquisition which has set in motion these events, Cineworld are not the immediate issue. In fact, in the event that Cineworld Cambridge was to be sold (rather than the Arts Picturehouse) this would likely have adverse effects of its own.

The entire recommendation is based upon the idea that the presence of two Cineworld-owned cinemas in the city leads to a ‘substantial lessening of competition’. The fact of the matter is that the audiences going to either cinema are really quite different, even if there is some inevitable overlap from the most voracious of cinema consumers. There has always been a wide variation in the programming outlook of each Picturehouse cinema, and it should be obvious upon further inspection that the Arts Picturehouse tends more towards the eclectic end of the spectrum. This is particularly the case since Madeleine Mullet took over programming at the location – for my money she has done an excellent job at further diversifying the offering in recent months. Crucially, this has occurred as part of the Picturehouse chain – an entity which looks to get a mixture of cinema on to its screens and considers the demand of the local audience.

The summary of the Commission’s preliminary findings itself says that by “making the acquisition, Cineworld’s strategy was to reach what it perceived to be a new and growing segment.” Cineworld were not acquiring more locations to bring multiplex programming to city centres, rather than out-of-town behemoths. This was acquiring an audience they did not have, as well as expertise on improving cinema-going experiences. In reality, this was an entry into a linked – but different – market, rather than the aggressive elimination of a competitor.

[Cineworld] was acquiring an audience they did not have […], rather than the aggressive elimination of a competitor.

Apparently “the [Commission] will have regard to the need to achieve as comprehensive a solution as is reasonable and practicable to remedy the [substantial lessening of competition] and any adverse effects resulting from it.” The sale of either site does not achieve these goals. The Commission states that “benefits might comprise lower prices, higher quality or greater choice of goods or services or greater innovation in relation to such goods and services.” There are two scenarios to consider, the sale of either cinema, and neither seems to have the desired effect the Commission seeks.

The sale of the Arts Picturehouse is fraught with pitfalls. The worst case scenario is the elimination of the arthouse cinema scene in Cambridge, should the only sale option be to a non-cinema company (e.g. as opposed to, say, Curzon) – hardly a goal I would imagine the Commission think provides “greater choice of goods or services or greater innovation.” However, looking at other options (site acquisition by another independent operator) neglects the fact that the very programme offered by the Arts is a result of its membership of the Picturehouse chain. This is even before the unknown knock-ons to events such as the Cambridge Film Festival and other smaller events throughout the year.

Whichever way you slice it, there is an adverse effect upon different cinema audiences.

It’s sad, however, many do not see the benefit of Cineworld. Were the site at Cambridge Leisure to be sold to e.g. ODEON, then the Unlimited membership would go with it. For those of us who like to take in big budget Hollywood films, this would increase costs markedly regardless of the illusion of more competition. So that option fails the “lower prices” option in the Commission’s desired goals.

Whichever way you slice it, there is an adverse effect upon different cinema audiences. Although I can’t comment directly upon the situation in the other two locations, I find it hard to believe some of these issues don’t apply there also, as well as some specific to them.

As I have said before, the longer term effects of the takeover were hard to predict and they still are. What I am certain about, however, is that charging into the Cambridge cinema landscape the way the Commission is recommending will not achieve what it seeks to.

8 thoughts on “Picturehouses & the Competition Commission”