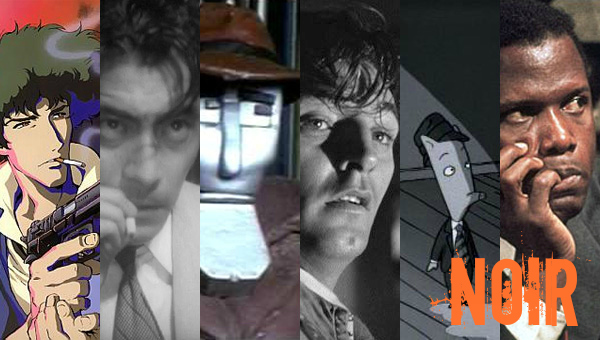 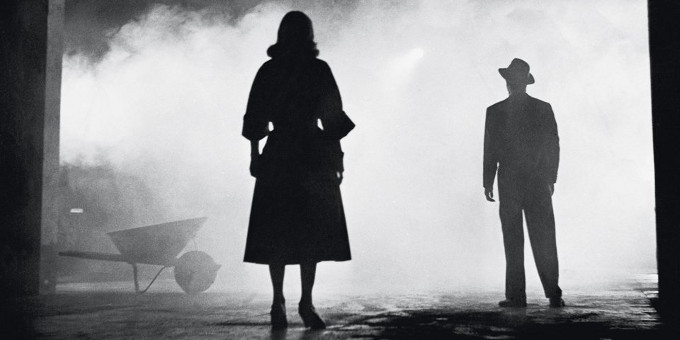 In my dreams I am a film noir detective. They embody everything that I could wish to be: fast-thinking, fast-talking, strong and efficacious. They make phone calls without saying hello or goodbye and in-between speak only in imperatives, replying in monosyllables. Playing all sides against each other (because there’s never just one side to any case) and coming out, maybe not on top, but somewhere, somewhere. 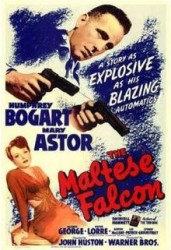 The literary roots of this whole fiasco were in the hard-boiled detective fiction, and many of the great Dashiell Hammet or Raymond Chandler novels were adapted into the most iconic films noir. THE MALTESE FALCON (1941) had Humphrey Bogart as detective Sam Spade, the wise-cracking, but mostly just plain wise private eye. This movie was one of the classic trope codifiers for the entire genre – the femme fatale, the hired muscle with a temper, the anti-hero detective with a shady past – and long before they could become cheesy self-parodies. It also set the screen standard for the classic noir reveal at the end. Spade’s command to the femme fatale – ‘talk’ – is the essence of such movies; they climax not with shootouts and car chases, but the revelation of what really went on.

“The Big Sleep… is bolstered by its beautiful aesthetic, the distinctive play of light and shadow so often striven for in noir…”

THE BIG SLEEP (1946) is another golden hit from the world of black and grey. Another smooth performance from Bogart makes this a perfect noir. Better than Bogart however, is the atmosphere of that permeates the world of this film – one of paranoia, tense anxiety and uncertainty. All of this is bolstered by its beautiful aesthetic, the distinctive play of light and shadow so often striven for in noir. However, unlike the perfect telling of the story at the end of THE MALTESE FALCON, we are left at the end here with ambiguity – the killer’s identity is not revealed.

The static, theatrical framing of the golden era of Film Noir, was replaced by the pacey editing and action in neo-noir, but nothing of the paranoia or atmosphere was lost. The Coen brothers made this sub-genre (or perhaps neo-genre) very much their own. The twists and turns of BLOOD SIMPLE (1984) and the slick but slow FARGO (1996) proved that noir was not just an urban genre. But, in my opinion, their best works come out of their weird takes on noir, sideways glances at how the genre could be.

THE BIG LEBOWSKI (1998) is something of an anti-noir. The fast-talking detective is replaced by the easy-going Dude (Jeff Bridges). The wise-crack comebacks are replaced with the spaced out ‘Yeah well, that’s just, ya know, like, your opinion, man.’ The Dude is playing the game for himself alone, but not if there’s too much danger involved. The femme fatale is replaced with an artist focusing on the feminine form (Julianne Moore), using her vagina not as a weapon, but a source of inspiration. And instead of a priceless ornament squabbled over by criminals, the Dude’s rug got pissed on. But more than a noir parody, it’s also a buddy movie of sorts, with the relationship between The Dude and Walter Sobchak (John Goodman) coming straight out of the homo-social bonding of 1970s American cinema. 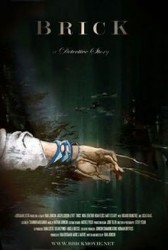 While the Coen Brothers hit big at the Academy Awards with their existential noir westerm NO COUNTRY FOR OLD MEN in 2007 (yes there are too many genres in this movie for me to list here), an often overlooked neo-noir of the decade is Rian Johnson’s BRICK (2005). The noir plot here is located entirely in a high school, making the drug dealers and murderers significantly more creepy, and the hard-boiled detective significantly more badass. Though the setting and characters are somewhat off-kilter, the narrative and its execution are noir right down the bone marrow. Some distinct allusions to THE MALTESE FALCON and COWBOY BEBOP (2001) give the movie some credibility through intertextuality; this isn’t just a noir-world, it’s a world in which noir exists.

BRICK shows clearly what the earlier films noir revealed implicitly. Its dreamlike quality is often at variance with the stark reality of the narrative and this, shows something of the position of noir. It lies between the dreams of private eyes and the realities they confront. In my dreams I am a noir detective, but that’s because they come from the stuff of dreams. As Hammett said of his iconic detetcive ‘Spade has no original. He is a dream man…’