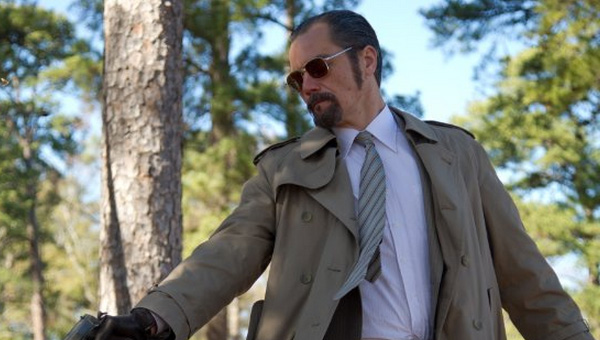 Films with a serial killer protagonist are often a difficult proposition. Delivering pathos or psychological insight is a lot easier said than done. In the case of THE ICEMAN, based on the real life of Richard Kuklinski, Michael Shannon has the acting skill to pull it off. In fact, he delivers more than was ever present in Ariel Vromen’s script to begin with.

Shannon’s performance delivers more with a careful pan of the eyes or twitch of the mouth than the film’s script really deserves.

Shannon embodies the title superbly, but not without some nuance. Many actors can deliver the clichéd ice-cold killer template; it’s the way Shannon believably deviates which makes his performance worthwhile. In those moments when Kuklinski’s carefully maintained family man persona starts to crack, Shannon’s performance delivers more with a careful pan of the eyes or twitch of the mouth than the film’s script really deserves.

The overall plot, subplots and supporting characters are basically a run through of predictable Scorsese and De Palma tropes we’ve seen before: the initiation, the rise through the ranks, the racial politics of the mob, the double lives. So far, so GOODFELLAS. Even Ray Liotta shows up in a role that was probably described as a ‘Ray Liotta type’ and the film markets itself as “Goodfellas meets Zodiac”. No amount of ‘based on a true story’ disclaimers prevents this from being something of an issue. David Schwimmer, as a secondary mobster, looks faintly ridiculous with his 70s moustache (Liotta even remarking that “it just doesn’t go with [his] face”). The exception is a rather unrecognisable Chris Evans as Kuklinski’s accomplice, but the overall result can’t really raise the film above plodding thriller.

Who cares if the story makes sense, because Michael Shannon can carry it, right?

People consistently praise Kuklinski on screen, including himself. Everyone seems fairly assured of his hitman prowess, except for that fact the plot is consistently driven by the fuck ups he makes in the process: not killing people, killing the wrong people and, in the end, killing too many people. Kuklinski’s final reckoning is catalysed by a rather ludicrous bargain from Evans’ Robert ‘Mr Freezy’ Prongay.

Vromen attempts to present an insight into Kuklinski’s complex duality between cold hearted killer and warm family man, but races through decades so quickly that it’s easy to become disorientated. Shannon’s facial hair can initially be used as a timestamp, but its evolution becomes so rapid that it could almost be a prototype for Rorschach’s mask in WATCHMEN. Who cares if the story makes sense, because Michael Shannon can carry it, right? He can, but only so far.