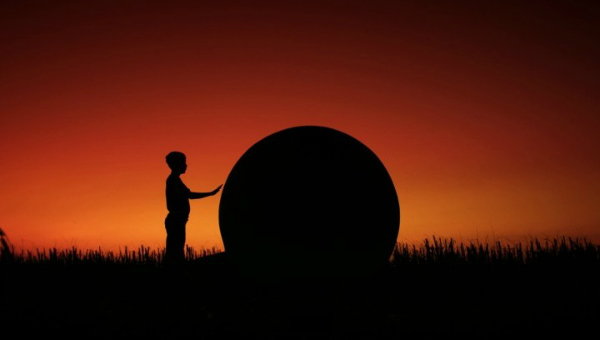 TWINS PART II, the final Short Fusion strand at this year’s Cambridge Film Festival, featured absorbing and diverse offerings from German, Chilean and Australian directors. Enormously wide-ranging in their subject matter, all three films were linked in their richness of aesthetic and careful use of narrative tension.

GREAT’s relentless sense of intrigue takes its grounding in the inherently playful plot – a tone which is mimicked throughout in its characterisation, use of sound and camerawork. While the stakes remain high for the film’s protagonist, his tense experience is furnished with levity thanks to a slick script and the lively camera angles which track the dialogue. At times, GREAT risks becoming an homage to CINEMA PARADISO, but these moments are warm rather than derivative, and the meta-use of film is wholly justified as a spirited, human combat against a regime.

In contrast to GREAT’s linear narrative, tension unfolds at an altogether different pace in the more languid LA ISLA, which tracks the sleuthing abilities of a family following an initial incident. Featuring some visually stunning scenes, LA ISLA is distinctive both in its natural beauty and in its wavering of the reality-fiction line. Although its aesthetic indulgence and disjointed structure occasionally dissipates the film’s grip of attention, LA ISLA remains a fruitful watch thanks to some strong naturalistic performances, and its presentation of a complex, beautiful world.

…put side by side, each milieu remains distinct and convincing…

THE LANDING features another striking aesthetic, though of an entirely different palette to the more ethereal LA ISLA. Instead, THE LANDING presents an all-American country scene, complete with florid wallpaper, a homely-yet-foreboding barn, and crucially, no neighbours. Impressively, THE LANDING seamlessly interweaves the highly proximate struggles of a young boy growing up alongside elements of sci-fi, political battle and violent crime. While these topics for consideration are seemingly disparate, THE LANDING unites them through the naïve eyes of young Edward, and it is this childish wonder that allows each concern to be on equal footing; none more outlandish than the rest. Perhaps the only major frustration with THE LANDING is a combination of slightly weak performances, but the film nonetheless retains a significant ability to create an emotive and aesthetic impact.

In the selection presented by TWINS PART II, the value and dexterity of short film-making is amply demonstrated. The potential to effectively convey a complete story in a limited frame is realised in each film, and furthermore, in each case this narrative is accompanied by a fully-imagined visual world and an entirely distinct style of filming. This specific combination of films also indicates the ability for short films to experiment across genres; the historical flair and factual basis of GREAT is far removed from the familial concerns of LA ISLA or the fear of alien invasion in THE LANDING – and yet, put side by side, each milieu remains distinct and convincing.