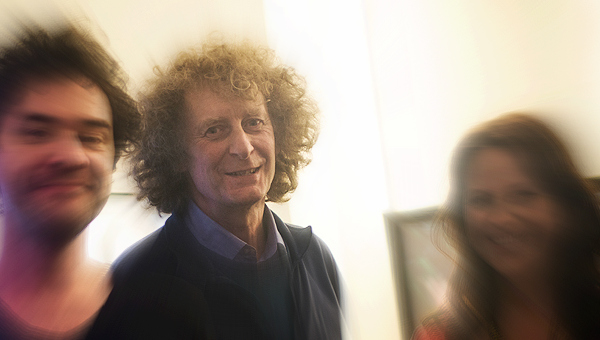 During the late 70s, there was a rise of interest in world literature among scholars: writings from what they considered to be “the third country”, rather than classics in Western languages. For a period, it also seemed that everyone in Film Studies was talking about world cinema. There were even new theories created in this category.

However, the birth of “world literature” and “world cinema” was itself problematic.  Everything that was seen as non-Western was considered within this “world” category; but it was only as the object-to-be-seen. There was still a question about whether multiculturalism enables different cultures to co-exist in the same world peacefully, without one colonising the other. The priority for such co-existence is to learn and understand other cultures apart from our own; and this learning sometimes requires us to step out from our comfort zones, and prepare to experience this extraordinary multiple reality.

The ethos of Wales One World Film Festival probably offers the most accurate definition of what world cinema should be.  Within its programme, the festival not only include films from non-Western countries, but also two local films: A STORY OF CHILDREN AND FILM (2013) by Mark Cousins; and a Welsh film, DELIGHT (2013) by Gareth Jones.  Therefore, world cinema is not about dividing the world: it is actually “One World”.

Below is a short interview with the festival director Dave Gillam, who has been organising the WOW festival since 2001. I hope his voice will inspire more people to pay attention to similar events, as the audience’s support means a great deal to independent festivals like this.

HC: What inspired you to organise this festival, and why did you focus on the specific theme of children?

DG: The aim of the festival is to show films from all around the world that people in Wales wouldn’t otherwise have a chance to see. Its only this year that we are concentrating on the theme of children and cinema; that is because of the opening film, A STORY OF CHILDREN AND FILM and Mark Cousins’ Cinema of Childhood season.

HC: What is your ideal outcome of the festival?

DG: Lots of people come and enjoy the films and are inspired to watch more world cinema. That the festival encourages a greater understanding of other people and other cultures, the challenges they face and the stories they tell.

HC: What is the future like for distributing world cinema in this country? Do you think the audience crowd is getting bigger each year, and that this interest will eventually expand?

DG: It’s a hard question to answer. More world cinema films are being distributed each year, so there is more choice available to audiences in the UK. I don’t know whether this results in a growing audience at the cinema. Many people are watching these films in different ways – DVD, on-line, Netflix etc.

HC: What is the current funding situation like towards film festival events?

DG: There is less funding for WOW now than there was in Wales. From our main funder in Wales we now receive 30% of what we used to get a few years ago. On the other hand there is now new funding available from the British Film Institute this year. I spend more of my time raising funding than ever before.

HC: What are your tips to those are also interested in organising a film festival?

DG: Be prepared to work many more hours than you get paid for, and watch a lot of poor films as well as a lot of good ones. Have fun and enjoy yourself: it’s a great job and someone has to do it.

One thought on “Interview with Dave Gillam”