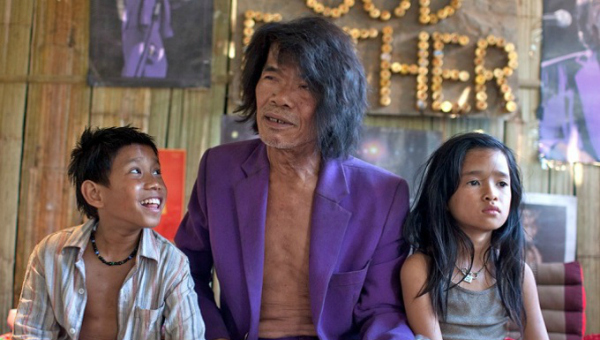 Kim Mordaunt’s THE ROCKET tells the story of Ahlo (Sitthiphon Disamoe), a young Laotian boy deemed by his tribe to be cursed at birth – and thought to bring bad luck to those around him. He struggles through the loss of his mother and the uprooting of his family, and constantly battles to garner the affection of his relatives. These events are presented with sympathetic charm and care, and demonstrate his society’s struggle to completely break away from embedded traditions.

… a child’s view of the world, where good and bad are identifiable polar opposites …

Ahlo’s story is charming but predictable, and  it often seems that the political and social undercurrents of the film have the potential to be the most intriguing. It is made explicitly clear that the government’s intervention into rural life has resulted in personal strife and upheaval, but we are not made aware of any background or context, and are instead presented with a one-dimensional caricature of the higher powers. The infrequent and largely unexplained involvement of political themes in an otherwise otherworldly, bildungsroman film causes these pantomime villains to be jarring rather than contextually helpful. Elsewhere, the infiltration of Western culture is symbolised by a drug and alcohol-ridden James Brown fan; and the preservation of tribal Laotian culture is upheld by Ahlo’s grandmother, a toothless, superstitious older woman who dresses only in traditional clothing. Without pushing beyond these superficial, polarised identities, the only truly accessible aspect of THE ROCKET is Ahlo’s personal story, which is fleshed out in more naturalistic detail. Here, corruption is meshed into childhood in touches such as the peppering of Ahlo’s playing grounds with unexploded bombs and grenades, offering both a visual and a metaphorical point of context.

Although many aspects of its story and aesthetic are extremely charming, THE ROCKET has a naïve quality which makes it difficult to become fully involved in the world of the film. It is this naivety which powers its most engaging element, Ahlo’s personal story.  Mordaunt conveys a wide-eyed wonder at the tensions at play, mimicking a child’s view of the world, where good and bad are identifiable polar opposites, rather than two complex sides of an argument. The predictability of its narrative does not stop it being enjoyable to watch, as the human relationships between Ahlo and his companions are fleshed out well and are sprinkled with humour. What THE ROCKET hasn’t quite resolved, however, is the difficulty of transferring the delightful story of a child’s journey to acceptance and joy into a multi-dimensional experience for an adult audience.

One thought on “The Rocket”