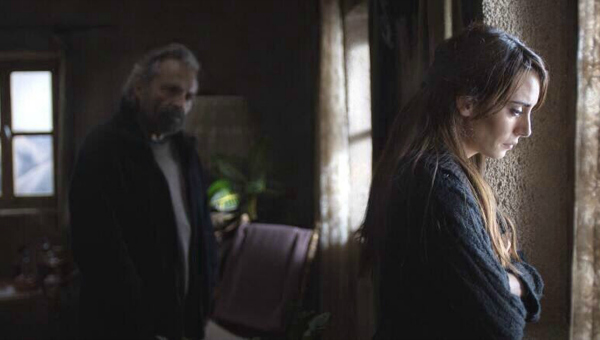 Following the breadth of the storytelling in the form of the ripples caused by a crime in ONCE UPON A TIME IN ANATOLIA, Nuri Bilge Ceylan’s latest film maintains the epic scale but focusses on one man (Aydin, played by Haluk Bilginer) and his relationships with his wife Nihal (Melisa Sözen) and divorcee sister Necla (Demet Akbag), as well as dealings with his tenants (brothers played by Serhat Kilic and Nejat Isler). A former actor turned hotelier, Aydin casts himself as a Shakespearean figure in his own life story. He exercises his intellectual prowess in a weekly column in the local newspaper, believing himself to be a significant figure in the community and due attendant respect for his acts of magnanimity, which however always contain the opportunity for self-aggrandisement and no small amount of moral cowardice and intellectual self-delusion. In the words of his wife, he is “an unbearable man”.

An altercation (a smashed car window) with the young son of a family of tenants who are in rent arrears sets in motion a series of confrontations, not least because when the women become aware of the tenants’ situation it seems to spur them on to tell some home truths to Aydin. Ceylan is gifted at visual composition and several of these confrontations (or, let’s say, combative conversations) are shot in a way so as to incorporate reflective surfaces (mirrors, glass, picture frames), effectively smaller frames within the frame, showing the audience an aspect of a character that is perhaps hidden from the other participants in the scene, but often also suggesting that in the course of the conversation the character has revealed more of themselves than they may have intended. Written by the husband and wife team (Ebru Ceylan and Nuri Bilge Ceylan), WINTER SLEEP explores both male and female characters in their human contradictions: Aydin may feel the need to silence the women, but they are far from voiceless, and each has an extended scene with him that reverberates through the remaining narrative.

The saying ‘familiarity breeds contempt’ finds an illustration in Aydin’s sibling relationship when what begins as literary critique (Necla argues that Aydin risks nothing of consequence by opining about subjects in which he is not truly invested and about which he knows very little) becomes increasingly personal and damaging (“I wish my threshold of self-deception was as low as yours”, she says to her brother). Aydin sits at his desk, keeping his back to his sister throughout the scene, and instead awkwardly turns to speak to her over his shoulder as if not wishing to face her head on (it is also a dismissive and deliberately rude position to hold when talking to someone over an extended duration), and whereas during their previous (more harmonious) discussions they were framed within the same shot, here their division is further signalled by a series of shot/reverse shot combinations. Aydin bolsters his ego by belittling others and this, in combination with his need to have the final word, results in a scathing character summary of his sister that leaves her speechless and visibly shaken: we won’t see Necla again in the film, her brother having asserted his dominance with a finality that he will find hard to undo. But even if he is unlikely to apologise, his awareness that he has upset her (the next day he asks his assistant Hidayet (Ayberk Pekcan) whether Necla has been seen out of her room) and possibly regrets how far he went, speaks to the multi-faceted nature of the characters created by the Ceylans: Bilginer ably portrays the complexities of a man who is usually in denial about his shortcomings but occasionally has flashes of self-insight.

Later in the film Nihal, trying to hold onto some semblance of idealism in the face of Aydin’s cynicism, will describe to her husband how their marriage has reduced her to a shadow of the vibrant young woman she once was. The acting is excellent across the board, but as Nihal calmly explains how Aydin is encroaching on the one thing that gives her any sense of purpose or self-fulfilment (fundraising activities for local schools), Sözen’s performance of quiet and fragile dignity is heartbreaking. As with the scene with Necla, Aydin doesn’t face his antagonist full on, instead perching on the back of a sofa sideways on to his wife (who likewise frequently faces away from her husband), and they are rarely framed together in the scene. But the lighting here is darker and more intimate, with the light of the fireplace illuminating their faces: it gives the feeling of hidden thoughts being apprehensively shared rather than the teeth-baring of the siblings. During the course of the conversation Nihal suggests that those who overuse words such as ‘moral’ or ‘conscience’ are usually those with least call to feel superior. Although Aydin laughs that off, Nihal’s words appear to hit home because he has a different reaction a few scenes later when a schoolteacher (Nadir Saribacak) (from Nihal’s fundraising committee) drunkly quotes from RICHARD III (‘Conscience is but a word that cowards use, / Devis’d at first to keep the strong in awe: / Our strong arms be our conscience, swords our law’): Aydin initially blusters with a Shakespearean riposte of his own, but then vomits.

In the context of these highly-charged emotional scenes, the sequences where we are briefly taken outside into the singular beauty of the Anatolian steppes feel like a gulp of fresh air, and an opportunity to clear our heads of the suffocating interiority of the hotel. Likewise the sequence chasing wild horses is exhilarating in its movement following the stillness of the conversation scenes. But the capture of a horse for Aydin again points to man’s need to bend other creatures to his will: the horse lying down and panting in exhaustion from the effort of resisting echoes what Nihal describes as the wearing down of her spirit.

Nihal will try to feel useful by giving practical help to Hamdi (Kilic) and Ismael (Isler) but as her husband has said, “the road to Hell is paved with good intentions”, and although her action is correctly interpreted (with perhaps more clarity than she can see herself) she finds that pride is not the preserve of the rich: Ismael is, in his own way, just as pigheaded as Aydin and his actions will likewise have a devastating impact on those he holds dearest. Although the tenants are utilised to highlight class conflict as well as Aydin’s moral cowardice (he defers all difficult decisions regarding calling in the bailiffs to Hidayet) and intellectual blindness (he snobbishly decries the aesthetics of their poverty rather than examining its causes, or his part in it), they are not simply there as narrative props: their problems are just as real and unpredictable as those of the inhabitants of the hotel, even if we only get to see the public side of them rather than a private dissection.

WINTER SLEEP is not a film with easy answers or last minute redemptions: relationships remain messy and difficult, and we observe a few days of the lives of a handful of people rather than a linear story with a neat resolution. The Ceylans have created a morally complex drama that tackles large themes on a human scale, in which everyone has their reasons and no one is without flaws.