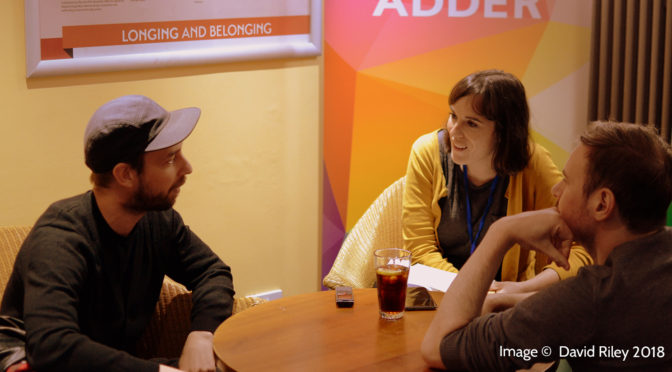 April McIntyre: Tell me a little about the inspiration behind the film?

Martti Kaartinen: The inspiration for the whole story started when I went to Mongolia in 2008 for completely different reasons than doing a documentary. I was travelling and writing about Mongolia and I went there again in 2011 because I felt there was something more that I wanted to do, I was fascinated and soon after that I met Nick in 2013. We met, and I was telling him about G.J. Ramstedt because he popped up while I was researching and reading about Mongolia. I told him about this forgotten Finnish linguist who had done all of these great things. He was more than just a linguist, he was the Indiana Jones of his time. At that point, we started playing with the idea of making a documentary.

AM: What led you to Mongolia in the first place?

MK: I was working in Brussels at the time and there was a world map on the kitchen wall of my shared apartment. In the opportunistic environment of Brussels I felt I wanted to go as far away as possible. I was reading Beasts, Men and Gods by Ferdinand Antoni Ossendowski and based on a true story, that also inspired me to travel.

AM: We’re used to seeing these types of films accompanied by footage from the time, what made you want to combine contemporary footage with G.J. Ramstedt’s journal entries?

MK: It was a long process because it started out quite differently six years ago. Initially the idea centred around a forgotten Finnish character that was very crucial to Finnish and Mongolian identity. We saw there was a small chance to get funding for the project if we linked it to the 100-year centenary for Finnish Independence. The first scripts were in three parts, and then it evolved as we became more ambitious and started playing with this idea of maybe doing it as a feature-length documentary for cinema.

Then we started thinking of it more as cinema, and appealing to a broader audience. At that point we started to think about how we could do something that was more interesting for us, and at that point Japan came in. We knew Ramstedt had also been in Japan; the memoirs may not have been as captivating as his ones from his time spent in Mongolia, but bringing Japan into it also brings in this time dimension, the contrast. Japan unconsciously reminds us of the future and Mongolia feels very traditional, we used these two elements and Ramstedt’s journal with contemporary footage to create this timescape.

AM: EASTERN MEMORIES is educational, moving, political and aesthetically beautiful. Were there any points during the making of the film where you were concerned about getting all of these elements across equally?

Niklas Kullström: I’ve never seen a historical documentary movie that has only been shot with contemporary footage as well as trying to preserve a story about time. So, for us it was an experiment, we wanted to try something we hadn’t seen, so in that way we didn’t know if it was going to work, is the story-telling going to work? Will people get it? So, we really didn’t know. We had belief in it, but we hadn’t seen anything like it before.

MK: When we went home with all of the material we realised how it actually looked; when we started putting everything together at that point, we relaxed, because we saw that there was a stream and a narrative that works out, then it was more about fine tuning it. We edited the first script and then there were a few scenes where the material was better than the script – but more or less it was a 78% script.

One of the challenges of the documentary is that there are so many different layers so that is one of the things we were really working on editing. How many things can you put in, how much information can you give? I think it runs pretty smoothly and doesn’t feel like it’s over an hour and a half. We didn’t have interference from anybody really in our two-man team but we had a 75 minute limit, which we exceeded by ten minutes. If it had a few minutes more I’m sure it would breathe a bit better, but how much stuff do you need? That was one question, is it enough that you let the audience understand it or do you need to make it obvious?

AM: How do you both feel, as Finlanders, Ramstedt’s influence and work has affected today’s Finland?

NK: The diplomatic work has had a definite effect. He’s still, in diplomatic circles, a very well-known name. Public diplomacy was one of the things he did because he wasn’t an expert in any other type of politics, he only knew how to talk with people.

MK: There was no money he could spend on lavish parties et cetera, so he just went in through the language skills and getting to know the culture and the people.  In academic circles, when it comes to linguistics he was one of the first to research comparative language studies. Academically his work has international influence.

AM: What can we expect to see next from you?

MK: We’re working on quite a lot of things. The next main project is around architecture and phenomenology. It’s a subject that concerns everybody: “architecture for senses” is maybe a simpler way to say it. There’s another documentary about a female boxer who is training for the 2020 Olympics in Tokyo, where there’s also a sexual minority element. The way we want to do it is not your typical, “follow her on a journey” – she’s keeping an audio diary at the moment, so it will be based on this material then we will do a re-enactment or illustrate it accordingly in an abstract way. It’s sort of like a hybrid documentary, it’s an experimental thing we are planning.

NK: Especially with these projects that are quite experimental, we’re not really interested in doing a standard sports documentary and just following her. The documentary genre is wide open, there aren’t restrictions, so why not experiment and tell the story in an interesting way? Why not create something new rather than something that already exists?  Which works for some things very well, but in this case, we’re going to film it in a different way.