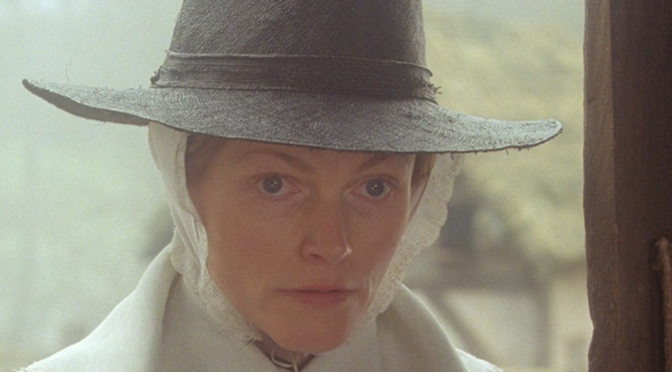 The period of Britain under the Commonwealth of the Cromwell’s is, quite frankly, a little known about part of our nation’s history. This is in contrast with its immediate predecessor, the English Civil War, which is widely studied, as is the Georgian period that comes relatively soon afterwards. As a result, audiences going to see FANNY LYE DELIVER’D may be unaware of the surrounding context, such as the period’s political turmoil, or invasions of Ireland and Scotland, that continue to have impacts to this very day. For writer, director and composer Thomas Clay, however, it is fertile ground in which he can deconstruct the common notions of the period drama.

This deconstruction allows Fanny Lye Deliver’d to throw of the potentially restrictive demands of a period piece, and take inspiration from times both during and after its setting of 1657. Clay accomplishes this through each of his roles on the production. His writing contains a strong feminist streak, as the fallacies of the patriarchal society the title character inhabits are made plain, often in brutal, sometimes gory, ways. Even the title, in referring to her in the third person, gives the impression of Fanny as an object within her own story, instructed or manipulated by others in her life. But as the camera sticks with her, it becomes apparent that there are unseen depths she is hiding; ones which would prove uncomfortable to the world at large. As ever, Maxine Peake demonstrates her versatility as the film changes genre, particularly as it embraces its more horrific aspects. The music is also complicit in this, with the use of repeated brass motifs bringing to mind John Knox’s 1558 diatribe against female rulers, The First Blast of the Trumpet Against the Monstrous Regiment of Women. Yet by the film’s conclusion, this has given way to a triumphant reimagining of Beethoven’s ninth symphony for a setting 167 years before it was written, a march for Fanny and others that would follow in her footsteps.

These elements ensure the piece is somewhat timeless, even if it has a firm setting. The swirling mists depicted around the Shropshire farmhouse setting give a sense of isolation from the rest of the world, a barrier from the societal norms of the time. Those who try to leave subsequently return, while strangers who enter can induce widespread change. Those who enter this realm, be it the pairing of Thomas Ashbury and Rebecca Hanshaw, or The High Sheriff for the Council of State, certainly have impacts upon Fanny but do not change her themselves. Though there are allusions to concepts such as Stockholm Syndrome, their actions merely unlock a personality that has been suppressed, becoming fully apparent by the film’s conclusion. As mentioned, Peake excels at this, so it is a shame that Clay has also decided to provide narration that, as with the recently released Ad Astra, adds nothing that isn’t already visible in the performance, and detracts from the viewing experience. Indeed, the fact that the narration is provided by one of the less developed characters, rather than Fanny herself, also seems counter-intuitive to the message it is trying to portray. Narration certainly has its uses, but this aspect of Fanny Lye Deliver’d seems to be indicative of a trend in cinema that points to a lack of faith in actors, and more disappointingly, audiences themselves.

FANNY LYE DELIVER’D, then, is an interesting and mostly successful drama held up by excellent performances from Maxine Peake, Charles Dance, et al. Unfortunately, these are undermined by an excess of exposition that treats the audience somewhat like its central character is treated by her society. A BLADE RUNNER-style recut to remove the narration is probably unlikely, leaving this potentially great character drama lost within the mists of its own setting.