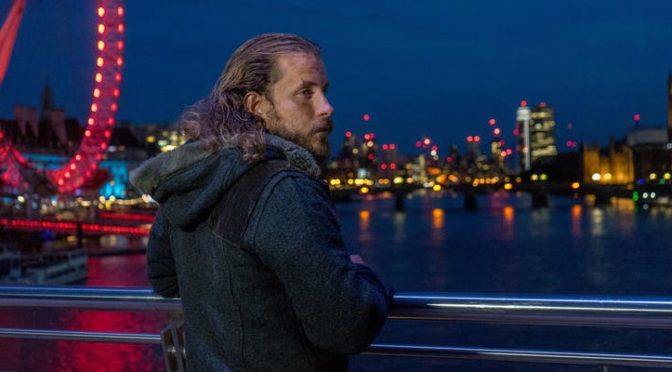 To escape his hellish home life, as a boy Frankie (Marc Zammit) fled to the streets, only to find a new set of horrors awaiting him.

Amongst the terrible hardships of years dispossessed, however, Frankie finds love and acceptance among the vagrant community, each of whom have an equally moving story to tell. When he encounters Nicole (Jamey May), a friend from childhood beset by her own demons, Frankie begins to think of his mother (Angela Dixon) and the home he left long ago.

It is an issue that is difficult to avoid in many towns and cities across the UK. Homelessness has become so endemic in modern Britain that it is now the norm to see people sleeping rough on the streets. Such is the scale of the problem, it’s often difficult for those going about their daily lives – travelling to work, doing a weekly shop, meeting friends – to see these men and women as anything other than a nuisance or as a symptom of society’s ills. Or even see them at all. HOMELESS ASHES gives a face, a name and a story to a person in a class of society often ignored, in the hope that it might shine a light on the topic and humanise these people we pass every day.

Domestic abuse, addiction, grief, sexual assault, child exploitation – the film is far from short on raw, unflinching displays of the worst and most miserable examples of human existence. However, the film never loses hope, no matter how dark it may get. It is these moments of community, kindness, redemption and generosity in the face of such misfortune where the film is at its best, and the parts that will stay with audiences the most. Frankie’s sidekick Chico (Lew Temple) best exemplifies this – the perpetually cheerful Yank with ‘the gift of the gab’ who lights up and energises each scene he finds himself in. Chico, of course, has his own grim backstory, and it is this strength and cheer in the face of adversity that truly emphasises what the film is about.

Cinematically, credit must go to debut feature director and lead Marc Zammit for the gorgeous way the film is shot. Beauty is found as much in derelict industrial buildings or rusting boats as it is in the soaring overhead views of quaint seaside towns. In the Q&A after the screening at Raindance 2019 (where the film was an official selection), Zammit was quick to praise his director of photography Richard Oakes for much of the camera work and cinematography, especially whilst Zammit had the always difficult task of performing whilst directing. One use of the moving camera truly is a master-work of filmmaking ability.

Drama has the power to create empathy and understanding in an audience that a documentary or news article might not. This is the ultimate goal of HOMELESS ASHES, much of which is drawn from and inspired by real-life cases. In Frankie and his fellow lost souls, we can gain a deeper appreciation of what drives people to such desperation, and what may be the key to addressing it.

One thought on “Homeless Ashes”