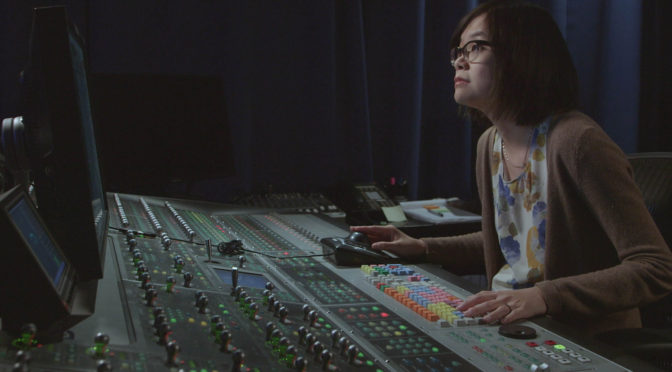 Sound is paramount: the often unsung genius of sound is of utmost importance to creating immersive cinema. Sound is primal: a lyrical voiceover from legendary sound designer Walter Murch states that sound “the first sense that’s plugged in” as we tune into the world from the womb. And sound is first in a more literal sense, too: an interesting bit of film history is that Thomas Edison first began dabbling in motion pictures to accompany his invention of the phonograph. Without sound, film isn’t film as we know it.

Costin’s background is as a sound editor and professor sound editing at USC, so MAKING WAVES is appropriately educational in its aims. Through talking-head interviews with sound designers and directors like Gary Rydstrom, Ben Burtt, Steven Spielberg, and David Lynch, alongside clips from their notable works, it traces the history of sound’s relationship to the moving image. Beginning in the silent era and chronicles the advance in technology and technique over the decades, from the early days of THE JAZZ SINGER to the magic of STAR WARS to the intensity of SAVING PRIVATE RYAN, it sheds light on all aspects of sound and soundtrack from ADR to foley, crowd sounds to room tone, score to effects.

Yet it doesn’t feel like an academic lecture, but rather an invigorating chance to see an artistic and emotion-driven creative process at work. These sound professionals are something like mad scientists, animating life out of bits and pieces of noise, mixing new combinations of sound and distorting them or layering them to form stunning creations. Murray Spivack, sound designer on KING KONG, recalls recording roars at the zoo and then playing them backwards—creating sounds for a creature that did not exist.

The documentary draws connections between film sound and art forms, exploring how experiments in sonic atmosphere and depth of field came from the radio, while groundbreaking work in stereo sound drew inspiration from the music industry. Editors talk about their work in an easily accessible way, breaking up sound design into all its basic elements and discussing how voice, sound effects, and music are combined. It’s an entertaining watch (and, of course, listen) for anyone who loves movies, and who’s interested in learning that our love of film is due in no small part to sound.