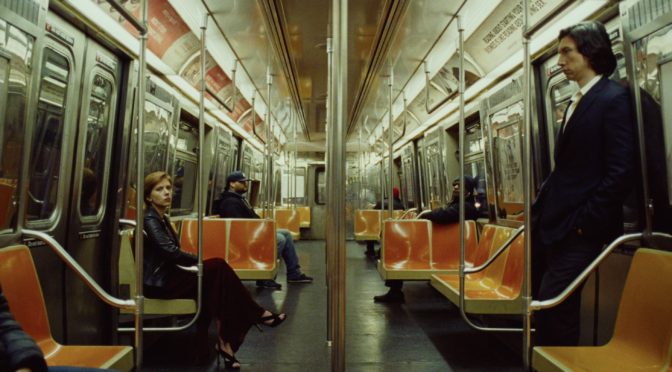 The highly anticipated MARRIAGE STORY is Noah Baumbach’s 11th feature film – but even if you’re unfamiliar with his earlier work, you have a treat in store. This mesmerising film certainly lives up to the excitement which has surrounded the production since its announcement.

MARRIAGE STORY documents the rise and fall of Nicole (Scarlett Johansson) and Charlie’s (Adam Driver) relationship, marriage and eventual divorce. Baumbach has taken something seemingly pedestrian, something that is often taken for granted in our society, and infused a fresh perspective into the breakdown of a marriage. Three in one marriages end in divorce, something to which our society has slowly become numb. Baumbach exposes the true agony which a broken marriage can inflict on the individuals involved, and the collateral damage that ensues.

Scarlett Johansson is masterful as Nicole, a woman who simply wants what’s best for herself, after what has felt like a lifetime of living through her husband. Johannsson inhibits the complex range of emotions that accompany divorce, and maintains this authenticity in every single scene. Her stunning performance is an amalgamation of all the best aspects from her career. After the controversies which have surrounded her over recent years, from casting choices to her support of Woody Allen, it’s so gratifying to finally watch her reclaim and fulfil her potential. Laura Dern demonstrates her excellent comedy talent as attorney Nora Fanshaw. Her character anchors Nicole; despite being created by a male writer, both female women are empowered and complex in their characterisation, and complement one another perfectly.

The strength of this film lies in its honesty and authenticity, as well as its originality: it portrays truth, and with a fresh perspective. An incredibly rare find.