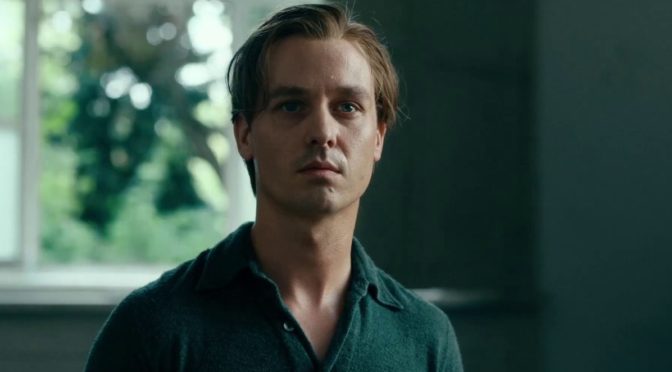 One of the criteria to assess the quality of a film, something both objective and subjective, is whether it remains in our mind and continues to occupy it in the following days, weeks, months, creating spaces for itself in our everyday life. A film that certainly has this characteristic, even without being flawless, is NEVER LOOK AWAY, by Florian Henckel von Donnersmarck.

Loosely inspired by the biography of painter Gerhard Richter, it tells the life of Kurt Barnert, a child in Nazi Germany. Although Barnert is undoubtedly the protagonist of this film, another character wanders in every scene, sometimes skirting around the edges of the plot, in other moments sinking into it like a stiletto heel: the fascinating figure of Aunt Elizabeth, killed in a gas chamber by the Nazis because she was considered schizophrenic. Opening the doors on an often overlooked crime of the Hitler regime, the story follows the young Kurt from childhood to adulthood and to the discovery of love, found in a fashion design student whose family intertwines with Kurt’s in a coincidence worthy of an ancient Greek tragedy.

NEVER LOOK AWAY doesn’t flinch from showing how humanity can be both a monster and a miracle. This examination is also made possible by a considerable length (a bit more than three hours), which is the source of some problems, especially for the film’s rhythm, with many low-intensity moments. At the same time, however, this allows the film to reach a sense of completion.

The first half, in particular, goads the audience in the crudest way, almost exasperating it with the continuous series of atrocities and pain that may feel exaggerated, but after consideration, turns out to be a sincere mirror of reality: more than each of us would like to believe. The very human evil shown on the screen is constant and intense, to the point of being physically felt by the most sensitive spectator.

NEVER LOOK AWAY touches the sublime of the arts, which like a phoenix emerges from the ashes of war to show how sensitivity, affection, diversity can be the victims of the cruel and monstrous side of humanity, but also the coin’s other side, intimately connected with it.

The sensation at the end of the film is exactly this, a sense of the continuous crossing, clashing and intertwining of contrasting parts, all without ever detaching from reality in favour of an abstract message. The celebration of the beauty hidden in what is different and fragile, as well as the existence of that which can be defined as the good side of humanity, intersecting with the harshness, in order to touch the viewer with truths placed among the film’s scenes.

With some excellent acting (particularly by Sebastian Koch, already known to the international audience for the 2007 Academy Award-winning THE LIVES OF OTHERS) and powerful images, the film traps the viewer, who, despite the aforementioned length, can indeed never look away, even in the face of relentless, merciless cruelty.

Similar to other recent films (THE BEST OFFER, FINAL PORTRAIT), NEVER LOOK AWAY is a tribute to art – it underlines that art’s relationship to power is never obsolete, by celebrating one form of art in particular: a resistance to totalitarianism’s will to rip out a characteristic key to every person, the expression of individuality.