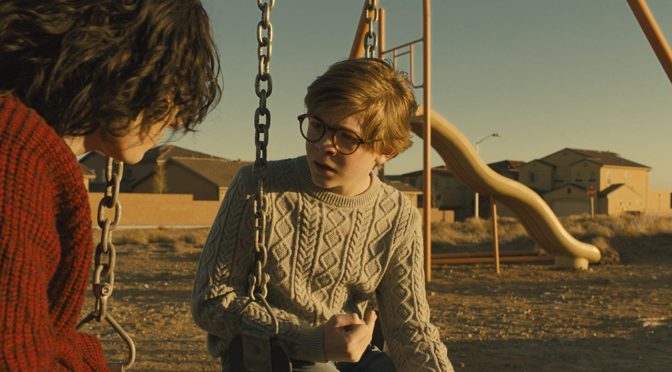 The audiobook of Donna Tartt’s 2013 doorstopper The Goldfinch is over 30 hours long; Irish director John Crowley, therefore, shows extreme ambition to attempt to condense Tartt’s Pulitzer Prize-winning novel into two and a half hours. And yet, remarkably, he and screenwriter Peter Straughan manage this feat, more or less. Most of the book’s plot is retained, although much of the protagonist’s musings on life, art and everything in between is tossed – which might not be a bad thing.

The result, however, is a film that feels breathlessly rushed, hurriedly moving from one set piece to the next, so that by the time you’ve got to know one character, they are whisked off the screen. If reading the book can be compared to swirling a fine wine in your mouth whilst listening to Beethoven and staring reflectively into a fireplace, watching its film adaptation is like downing shots of merlot whilst snorting questionable white powder with your mate. It might be fun and it might be memorable, but is the film as profound as it thinks it is?

Theodore Decker is a young man beset by tragedies. We see him first as a child, played with quiet charm by Oakes Fegley, who, with his glasses and geeky demeanour, resembles a rebellious Harry Potter, the answer to the question: What if the boy wizard never received his invitation to Hogwarts and just remained on Privet Drive? Ansel Elgort plays the older, more attractive Theodore, whose charm hides a darker side to him.

“It’s actually the younger characters who are the most interesting, whilst the adult characters fail to shine.”

Over the course of the film, which has a non-chronological structure, we meet a number of Theodore’s friends, relatives, and associates. There is Theodore’s adorable high school best friend Andy Barbour (Ryan Foust), for instance, who is afforded not nearly enough screen time. Then, when Theodore has to move to another side of the US, we meet the wonderful Boris Pavlikovsky, who is played first by Finn Wolfhard (best known as Mike Wheeler in Stranger Things), then by Aneurin Barnard. It’s actually the younger characters who are the most interesting, whilst the adult characters fail to shine. Even Nicole Kidman fails to engage the audience in her role as Samantha Barbour, Andy’s mother: she seems weirdly stiff and artificial, which was likely deliberate (for so is the character in the book), but this is overdone.

By the time the credits roll, you might be wondering what exactly the point of THE GOLDFINCH is. The answer to this would seem to lie in its central motif: the 1654 painting of the same name by the Dutch painter Carel Fabritius. Both the film and the painting are visual representations of a living being, and both tell a narrative. But whilst Fabritius chose a simple subject matter – a single goldfinch chained to its perch – the film weaves a thread of interlocking narratives so convoluted, it ends up a bit of a mess. This is a shame because if it had been given the space to breathe and develop, THE GOLDFINCH too could have at least approached the status of a masterpiece.

“…if it had been given the space to breathe and develop, THE GOLDFINCH too could have at least approached the status of a masterpiece.”

Given its poor box office performance, it’s unlikely that anyone will ever want another movie adaptation of The Goldfinch, but a TV series adaptation could work quite well. Still, one advantage of the film’s near-total porr reception is that, if audiences go into THE GOLDFINCH expecting an atrocity, they will probably be surprised by its many commendable elements. This doesn’t make it a good film by any stretch, but it’s not as terrible as many have gleefully portrayed it to be. The fact that it is such a genre mash-up means there’s likely something for everyone in there, and there are some undeniably entertaining moments, especially between the young Theo and Boris.

One thought on “The Goldfinch”